UEFA's Champions League reforms and the fans: 'We could lose generations'

European football's governing body is set to vote on a new Champions League format from 2024. While Europe's elite clubs will financially benefit from the changes, fans are set to pay the price in more ways than one. 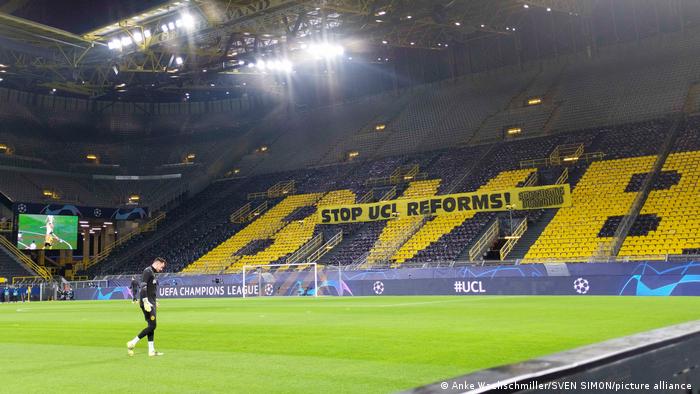 UEFA's executive committee was set to decide on reforms on Wednesday that could see the Champions League expanded from 32 to 36 teams and the current group stage model scrapped. But a decision on the proposals has been postponed until April 19 amid reported disagreements over control of the competition's commercial rights.

The suggested reforms themselves, championed by Juventus president and European Club Association (ECA) Chairman Andrea Angelli, are still very much on the table and would guarantee more games and more revenue for top clubs, while also potentially dissuading elite clubs from forming their own breakaway "super league." But match-going supporters, especially in Germany, have been highly critical of the plans.

"It's already tight as it is when it comes to taking days off at work and finding the money you have to spend on football," says Alex Fischer, a Bayern Munich season ticket holder. "The extra games aren't exactly going to improve the situation."

The 34-year-old attends most of Bayern's games, both in the Bundesliga and in the Champions League, and is concerned that the proposed reforms, which could come into effect from the 2024-25 season, will have a damaging effect on supporters who already struggle to make ends meet — especially younger fans.

"If you’re an adult with a job and a career, you can make it work somehow, but younger fans are likely to struggle," he tells DW. "It's going to become impossible to afford for many in the long run."

'We could lose generations'

Fischer's concerns in Munich are echoed by Ronan Evain, executive director of Football Supporters Europe (FSE), an organization representing football fans from across Europe. He, too, says the rising costs that come with supporting a football club are becoming an ever-growing issue, with many also suffering from the financial effects of the coronavirus pandemic.

And opposition to the reforms is about more than just the financial aspect; Evain is also concerned that the changes will result in fewer clubs having the chance to compete, creating a closed shop for the continent's elite.

"By cementing the power of the biggest clubs, thus limiting the number of clubs and countries from which clubs would qualify, they're killing many fans' dream of playing in Europe."

Indeed, the reforms even feature a form of "safety net" for top clubs who, should they fail to qualify via their domestic league in any given year, could still obtain a place in the Champions League by virtue of a historical coefficient based on performances over the previous five years.

"It opens the door for something a lot more dangerous," warns Evain: "Qualification based on history rather than sporting merit." 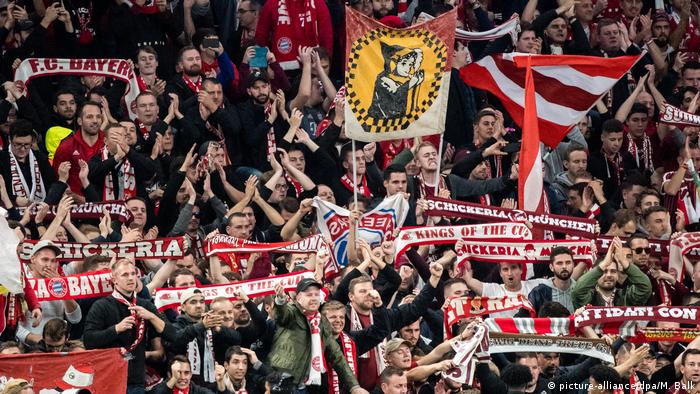 While match-going supporters are the ones who will be most directly affected by extra games in the Champions League calendar due to travel costs and days off work, higher TV subscription prices could also affect fans watching on TV across the world.

Liam Caulfield (66) and Dmytro Merezhko (23) are members of Borussia Dortmund's Los Angeles fan club. Supporting a club from the other side of the Atlantic means having to wake up as early as 6:00 a.m. to watch their team play.

"I wake up 15 minutes before kickoff and drink a cup of coffee so that I won’t fall asleep during the game," says 23-year-old Merezhko, who lives in Irvine, California, about 65 kilometers (40 miles) to the southeast of Los Angeles.

While the two say they manage to adapt their schedule in accordance with BVB games at weekends, it's Champions League games and late German Cup kickoffs which often prove to be a challenge. Games start at noon local time, which often clashes with other aspects of life such as work or university.

Dmytro Merezhko tells how, for example, a university lecture took place at the same time as Borussia Dortmund's return leg against Sevilla in the Champions League. "Education is a priority to me, but I just couldn’t miss the game."

For fans like Caulfield and Merezhko, the reform means more games to arrange their calendar around.

"I don’t need any extra games," says Caulfield, also citing the high risk of injuries for key squad members and the potential decrease of quality of football in the Champions League as being real worries.

Merezhko agrees. "The Champions League is almost perfect the way it is now," he says. "Whatever they're going to change, I don't think it would benefit it."

A study by the CIES Football Observatory published in January 2021 suggests 59.4% of fans believe there are already too many football matches, and 72.8% say they believe player fatigue is an issue in football. And not just player fatigue, but fan fatigue as well.

"People get to the point they need a break as it's exhausting for them," says Bayern supporter Fischer.

For FSE's Evain, the role of national football associations and UEFA is to make sure European football's best interests are represented, and not only those of the biggest clubs. He calls for all sides to "protect the game." 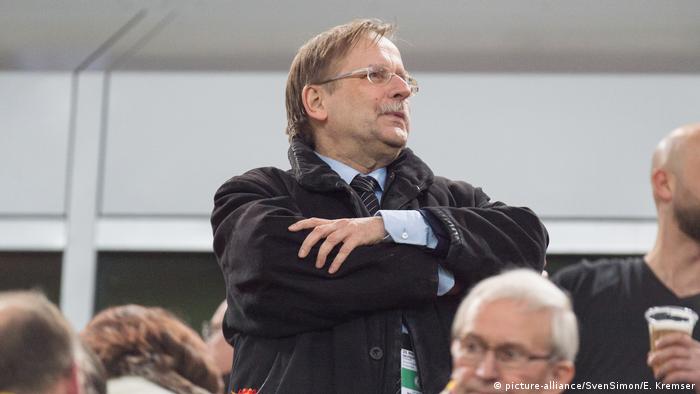 When UEFA's executive committee meets on Wednesday, German football will be represented by DFB Vice President Rainer Koch. In terms of membership, the DFB is the largest sports association in the world and, as recently as last August, DFB President Fritz Keller spoke about the "decisive" role fans should have in reforming football.

In October, Koch voiced his opposition to a potential European Super League, saying: "European football is characterized by solidarity, togetherness, fair play and sporting competition, not just the interests of elite clubs from a small number of countries."

Sources have told DW that, while some football associations have taken a stance on the reforms by providing UEFA with feedback, the DFB still hasn't communicated its position on the matter to European football's governing body. This comes despite many German fan groups voicing criticism of the reforms, including a joint statement by Borussia Dortmund's fan department and Bayern Munich's Club Nr. 12, an umbrella organization representing match-going Bayern fan groups.

Ahead of Wednesday's decision, nationwide fan initiative Unser Fussball ("Our Football") joined calls for Koch to reject the proposals, adding: "Reforms are desperately needed in German and European football, but they are needed to strengthen national leagues and create a fairer competition."

Meanwhile, posters appeared outside the Bavarian Football Association — of which Koch is president — in Munich, quoting Koch's previously stated opposition to a European Super League, which many fans think the new reforms constitute in all but name.

"I like it the way it is," says BVB fan Caulfield. "I don’t think they need to fool around with it," says Caulfield.

UEFA has responded to a request from DW by saying they don't want to comment. The DFB is yet to respond.