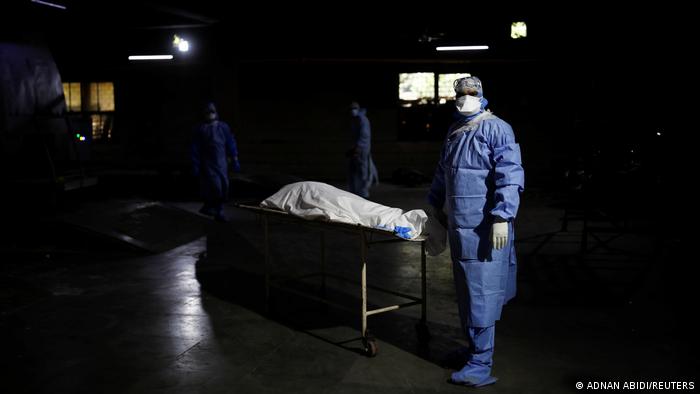 Twitter on Saturday said it took down dozens of tweets in India that were critical of the Indian government's recent pandemic response, as a second wave of COVID infections continues to bring the country's healthcare system to its knees.

Over 20 tweets, some from Indian lawmakers, were reportedly withheld from public view in India in response to a notice by the central government to the social media giant.

The government made the request on April 23, and it was disclosed by Lumen Database, an online transparency project run by Harvard University. Lumen said Indian authorities made the request under the Information Technology Act, which has drawn criticism as being a tool for censorship.

"When we receive a valid legal request, we review it under both the Twitter Rules and local law. If the content violates Twitter's Rules, the content will be removed from the service. If it is determined to be illegal in a particular jurisdiction, but not in violation of the Twitter Rules, we may withhold access to the content in India only," a Twitter spokesperson said in a statement.

What tweets were blocked?

Other tweets questioned the decision to hold election rallies and the Hindu gathering Kumbh Mela as COVID cases continued to soar.

A tweet by parliamentarian Revanth Reddy, which is blocked in India, carried the hashtag: #ModiMadeDisaster

Another user posted the notice he had received from Twitter:

The number of new COVID infections in India is currently setting records nearly every day. Images of mass cremations for COVID victims are being shared on social media, along with criticism of the Modi government.

Hospitals across the country are running out of beds, oxygen and medicines, and people are turning to social media with frantic calls for help.