Opinion: India's COVID-19 policy was a disaster waiting to happen 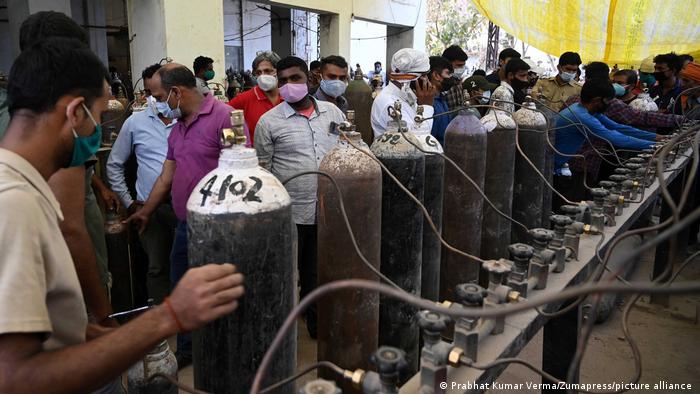 Indian hospitals are running out of beds, oxygen and anti-viral drugs

My COVID-19 resources group on WhatsApp is getting requests every second for oxygen, anti-viral drugs and hospital beds. All I can do is wonder how the BJP government botched its response to the pandemic.

The government had a year to prepare for this wave. But when 2021 began, it became complacent, dismantling temporary COVID-19 isolation centers, easing social distancing and lockdown measures, despite warning signs of a next wave and new variants in other countries.

India has always had a gap in capacity vs. need in its healthcare system. Experts have warned about it for years.

But India's leaders were overconfident that Hinduism, temples and a toothless defiance of COVID-19 would eventually "kick" the virus out of the country.

On March 20, Prime Minister Narendra Modi, a "hero" for many, addressed the nation and urged people to stay at home to prevent another lockdown. While he tried hard to glorify India's response to the current wave of COVID-19 infections, he didn't share any plans for an immediate investment in healthcare.

The government is now mired in blaming the opposition and non-BJP controlled states for the mismanaged response. This level of dirty politics is endangering the lives of every Indian — even the ones who voted Modi and the BJP to power. 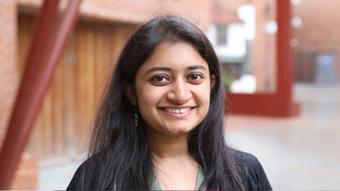 Had UK Prime Minister Boris Johnson been able to visit India this month, he would have seen a country that doesn't give a damn about social distancing, wearing masks or taking other precautions. Some people went as far as to maintain that the virus had left India.

Indians believed that they could fight the virus by relying on uncertified medicines and remedies advertised on WhatsApp, such as "kadha," an ayurvedic drink, or Coronil, a medicine made by Patanjali, a company owned by Indian yoga practitioner Baba Ramdev.

During this lull, a new mutant of the virus emerged, while medical experts and doctors continued to warn about a new COVID-19 wave. The government turned a blind eye to everything.

Soon, people were frantically making calls to politicians, bureaucrats and other influential people to pull strings and save their family members. Those who couldn't slowly watched their loved ones die.

I was myself a victim of this new wave. My father-in-law wasn't admitted to a hospital on time, which led him to develop pneumonia. He eventually died on Thursday.

Not many are lucky enough to even get a hospital bed. Hospitals in India's capital New Delhi are overflowing right now, with more than one patient occupying a bed.

The less fortunate ones are dying in hospital corridors or ambulances. Oxygen and anti-viral drugs are being hoarded on the black market and innocent people are shelling out thousands of rupees to secure scarce resources.

Almost every person I know has a heartbreaking story to share about India's new COVID-19 wave. India's healthcare infrastructure has crumbled under the weight of thousands of cases. Doctors are working on limited sleep and energy, while hospitals are now getting microbiologists to fill in for doctors, owing to a scarcity in the medical workforce.

India's crisis management is probably the worst in the world right now, but the Modi government believes that pumping money into election rallies with thousands of people and revamping India's central administrative area will fetch more laurels than actually saving people.

Instead of admitting obvious shortcomings and taking concrete steps, the government has stooped so low as to openly deny that it has failed, and even countered recommendations on handling the pandemic from India's ex-prime minister, Manmohan Singh. Singh has also tested positive for COVID-19.

The thing that astounds me the most right now is that politicians of India's ruling party are hoarding vials of remdesivir, refusing to share data on India's home-made vaccine and overlooking the fact that the virus is literally airborne.

Senior BJP politicians are themselves struggling to get hospital beds for their family members. Last year, Modi appealed to Indians to donate to a fund for COVID-19 relief, but the money doesn't seem to have made its way to India's healthcare system.

The people need to hold this government accountable in the next national elections, instead of pandering to their usual brand of religious politics. Religious divisions aren't destroying India, gross administrative negligence is.