What do Germans do in their free time? Mostly, they watch TV, listen to the radio, and surf the internet, a new study says. They're also spending less and less time reading books and hanging out with friends and family. 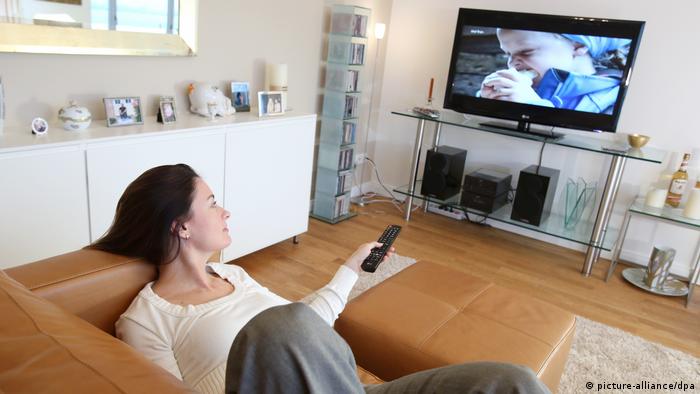 Germans spend most of their down time watching television even if they might rather be doing something else, according to a study published Wednesday.

The so-called Leisure Monitor poll, conducted by the Stiftung für Zukunftsfragen (Foundation for Future Studies), found that 95 percent of people sit in front of the box often, or at least once a week. Two out of three watch it every day.

Rounding out Germans' top five pastimes were listening to the radio, listening to music, talking on the phone at home, and surfing the internet. 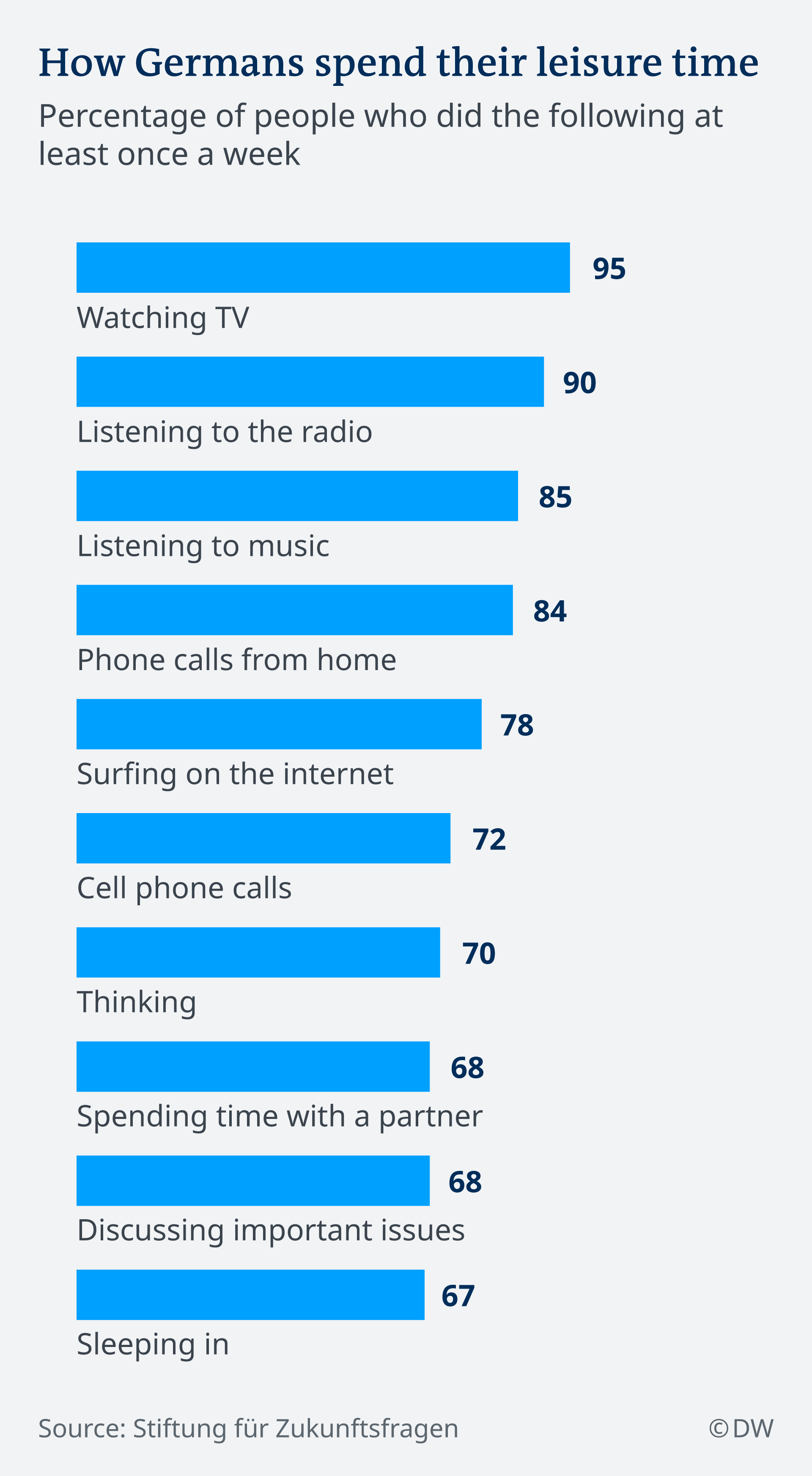 Television has dominated Germans' free-time pursuits since 1986, when the first leisure survey was published. But while it has remained the undisputed champion, other activities are gaining ground. Over the past 20 years, surfing the internet and listening to music have overtaken other once-popular pastimes such as reading newspapers and books, spending time with the family, working in the garden and meeting up with friends, the poll found.

There was a significant rise in the number of respondents using their smartphone, surfing the internet and using social media compared to a previous survey in 2013. In that five-year period, those who said they regularly visited their friends dropped from 24 percent to 17 percent.

So much to do, so little time

The survey also highlighted that people seem to be busier — with many doing 23 different leisure activities per week, compared to 12 in 1998. That's resulted in people tending to multi-task or jump from activity to activity in an attempt to fit everything in.

"Leisure is becoming more and more stressful," Ulrich Reinhardt, the scientific director of the Foundation for Future Studies, said. "Whether it's because of a bad conscience that they're not spending enough time with family and friends, or for fear of missing out with their job or in their circle of friends. So there's a tendency to optimize leisure time and an attempt to do more in less time."

He added that the way Germans actually want to spend their time often doesn't reflect reality. For example, despite the dominance of media- and internet-based activities, more than half of respondents expressed a desire to sleep in more often, regularly make spontaneous plans, or take more frequent weekend trips.

Read more: Is watching television bad for you?

Gambling was at the bottom of the list of activities filling Germans' free time. Eighty-nine percent of the survey's respondents said it was something they never did. Creative pursuits were also deeply unpopular, with 78 percent saying they never made music, wrote poetry or painted.

Read more: Germans are sitting too much, and it could be deadly

Around three in every four people said they never went camping or to the gym, while more than half of respondents never attended the theater, ballet or opera.

The Leisure Monitor survey is based on interviews conducted in July with about 2,000 Germans over the age of 14. The Hamburg-based Foundation for Future Studies, an initiative of British American Tobacco, has been conducting studies on Germans and their free time since 1986.

In Germany, Leisure Is an Active Pursuit

For Germans, recreation doesn’t necessarily mean lounging around. In its free time, the nation likes to take part in strenuous athletic activities -- most of them very well organized. (05.02.2009)

Germans work a lot, but free time is also very important to them. In their free time many Germans play sports, meet with friends and family or just relax with a good book. (26.09.2016)