Germans are sitting too much, and it could be deadly | Germany| News and in-depth reporting from Berlin and beyond | DW | 31.07.2018

Germans are sitting too much, and it could be deadly

Whether at work or in front of the TV, Germans spend around 7.5 hours per day sitting, a study has found. Without exercise to balance it out, researchers warn a sedentary lifestyle could lead to serious health issues. 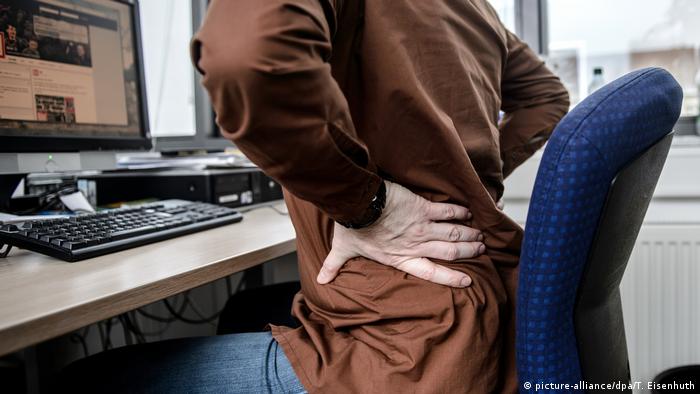 The amount of time that Germans spend sitting in a day is on the rise, according to a new study published by health insurance company DKV.

The study, "DKV Report 2018: How healthy is Germany," looked at the health habits of people in Germany in five key areas, including activity level, diet, alcohol and tobacco consumption, as well as stress levels. The study also questioned people about their noise sensitivity and feelings of loneliness.

After surveying over 2,800 people across the country, researchers found that people in Germany sit around 7.5 hours during a normal workday — 30 minutes more than in 2016, when the last DKV report was published.

The longest time people sat uninterrupted was in front of the television (around 120 minutes per day) followed by work, where people reported sitting for around 90 minutes without moving.

Researchers have cautioned about the dangers of physical inactivity, with the World Health Organization saying it's the fourth leading risk factor for global mortality.

Ingo Froböse, a professor at the German Sport University Cologne who headed the DKV study, told DW that prolonged periods of inactivity can lead to serious health issues, including low blood pressure, poor circulation through vital organs and cell atrophy.

"Long-term sitting becomes a problem for every single cell in the body," he warned.

According to the WHO, whose benchmarks were used in the study, adults should do least 150 minutes of moderate activity per week or 75 minutes of vigorous activity — but a majority of Germans are falling short.

Only 43 percent of the 2,800 people questioned for the study were found to move enough in their daily lives. In 2010, when the DKV study began, that figure was 60 percent.

"I've been very worried about the health habits of Germans for some time," Froböse told DW. "Unfortunately, it continues to get worse."

Researchers also found a discrepancy between how people view their health and their actual practices.

Out of the respondents, 61 percent said they believed their health to be "good" or "very good."

However, only a fraction of the participants actually displayed fully healthy habits. Just 9 percent fulfilled the minimum requirements in the five key areas investigated.

The figure was a new low in the history of the study, which has been conducted five times in the past eight years.

Froböse said the issue doesn't lie in education, but rather people's perception of their health.

"Many people don't notice their health, only when there is an illness," he said. "We are apparently wonderful avoiders of reality." 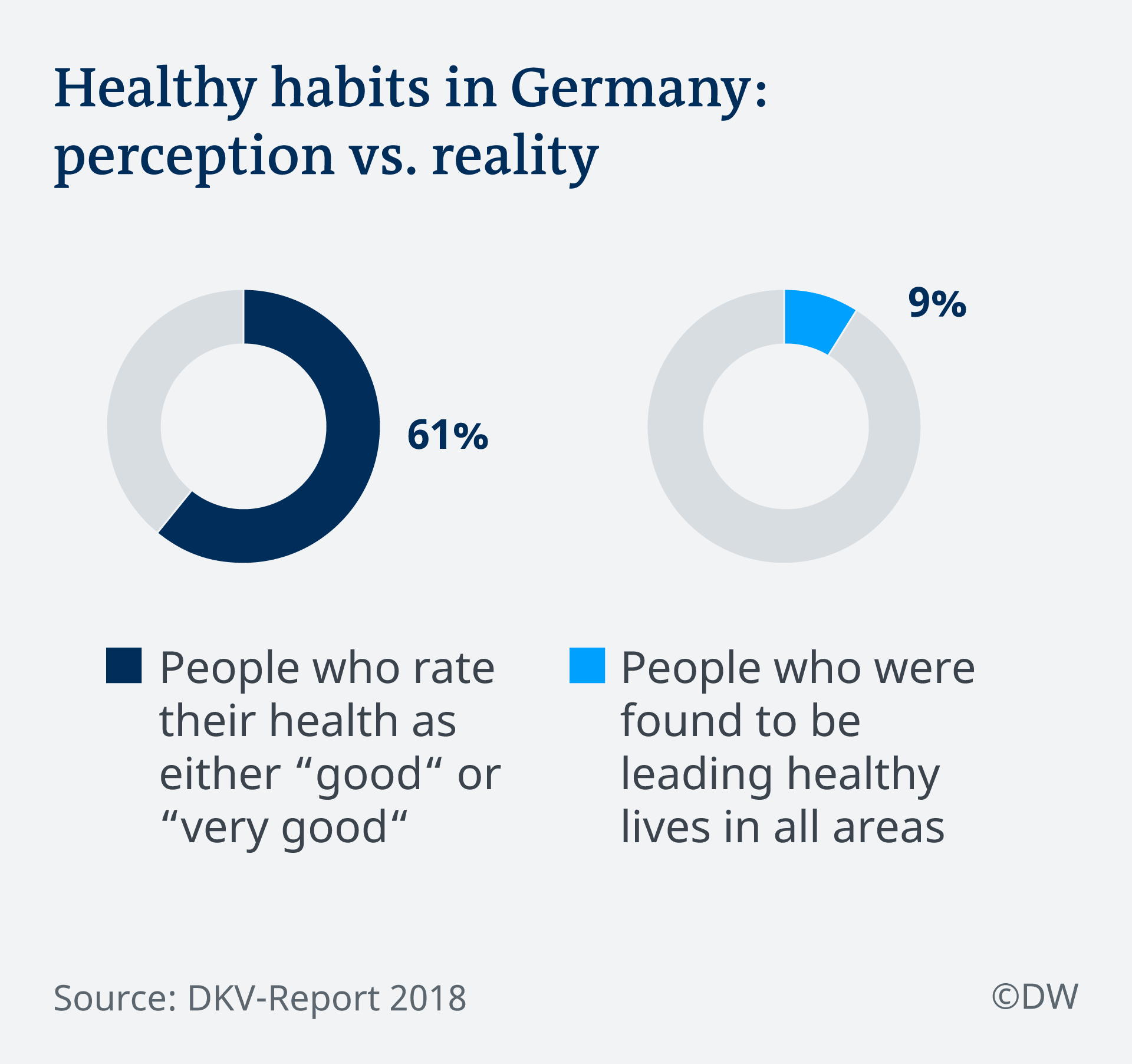 Getting creative to boost movement

However, starting small and changing the approach to working in today's digital age can also help forestall the dangers of sitting.

For those looking to add more movement into their daily routine, Froböse said people don't have to look too hard to find possibilities to break up long periods of sitting.

"There are so many options for moving in daily life," he said.

He recommended making telephone calls while standing up, taking the stairs, walking over to discuss something with a co-worker instead of sending an email, or going on a stroll during lunch.

While commuting, Froböse said getting off the train or bus one stop early and walking the rest of the way to work can also make a difference.

Acupressure for lower back pain

Backache – what are the causes?

We talk to specialist Karin Büttner-Janz about the causes of back pain and its treatment. (21.05.2015)

As Germany's elderly population continues to grow, its under-staffed old age care system is struggling to keep up. Chancellor Angela Merkel recently made good on a campaign pledge and visited a nursing home in Paderborn. (16.07.2018)