Turning a profit from the refugee crisis | Germany| News and in-depth reporting from Berlin and beyond | DW | 25.02.2016

German companies that run asylum seekers' homes are making bumper profits, but continue to be dogged by nagging scandals. But that doesn't mean the state has a better alternative. 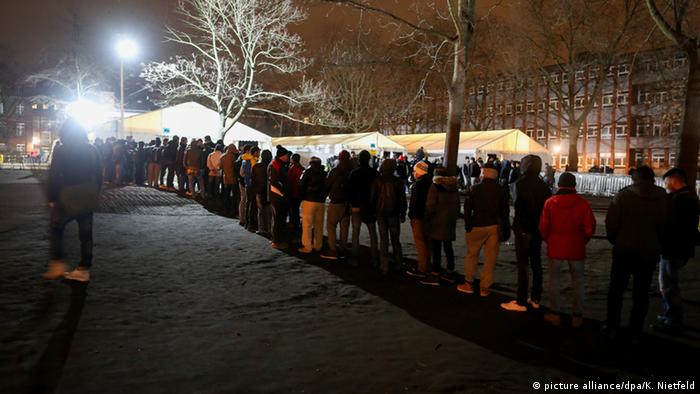 Even though Germany duly recorded yet another budget surplus this week, many local authorities are struggling to stretch their resources to cover the influx of refugees. So it's not surprising that most are giving in to the temptation to outsource any service they can.

Now plenty of companies are doing excellent business from Germany's influx of refugees. Berlin's government had to field massive criticism last week when it emerged that it had offered a 238,000-euro ($262,000) contract to the US consultancy McKinsey to advise them on the migrant situation.

Even people with an ideological opposition to the government's refugee policy appear to have no qualms about picking up the lucrative government contracts on offer to deal with it. "Der Spiegel" magazine reported this week that Hetze Metallbau, run by Frank Hetze - brother of one of the co-organizers of the ugly protest against refugees in Clausnitz, Saxony - was supplying metal containers to a refugee shelter in Leipzig. 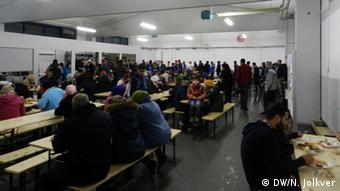 For some, refugees represent a business opportunity

But this is nothing against the money being made by companies that run refugee homes. In spring last year, the Bremen-based company Human Care won a three-million-euro contract to manage a refugee home for 210 people in Thuringia, as well as a 300,000-euro per year contract to run a facility in Wolfsburg.

Some local authorities, such as Berlin, are so desperate to find room for refugees that they are offering 50 euros per head per night to house them - an offer that has not gone unnoticed by many landlords. Now the city says it is now trying to clamp down on the opportunists.

Chancellor Angela Merkel herself is aware of the problem. In August last year, she promised that the government would look to close legal gaps being filled by property owners making a fast profit. "People are practically being treated as products and are being exploited," she said at a meeting in Marxloh, a poor Muslim district of the city of Duisburg.

The pressure of this exploitation has also taken its toll on local communities, as landlords look to cram as many refugees into their properties as possible. Christian Haase, co-founder of a citizens' initiative in Bautzen, Saxony, told DW earlier this week that one landlord's refusal to build a playground for refugees children away from nearby homes to save money was causing extra noise in the neighborhood and straining relations between refugees and locals.

But the professional companies still lead the way. "The hustlers are taking taxpayers' money, but they are not economically important," said Klaus Kocks, spokesman for European Homecare, one of Germany's biggest private care providers. According to its website, the company employs 1,500 people providing social services to over 16,000 asylum seekers and refugees in 100 different facilities.

European Homecare has grown so large that it now offers everything from planning consultancy, building renovation, and language courses, to help for refugees dealing with authorities, and even developing administrative software. And the profits are good - according to the latest official statistics published by the government, European Homecare's revenue quadrupled between 2008 and 2013, while its profits doubled to 1.4 million euros in the year 2012 to 2013.

But this rapid rise has come with scandals - in 2014, a facility in Burbach, western Germany, attracted ugly headlines when photos emerged of staff from a European Homecare subsidiary posing with their feet on the heads of cuffed refugees. 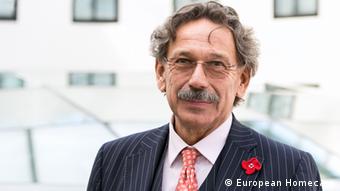 The scandal triggered a debate on the dangers of privatizing refugee care even before the huge influx of 2015. More recently, Berlin's authorities cut ties with a security firm that was handling refugees outside its health and social affairs office (LaGeSo) when guards were filmed mishandling refugees and invoking Nazi death camps.

"Wherever we provide security, we do our own checks, because we don't just rely on the criminal record, but also make sure we aren't employing some neo-Nazis," said Kocks. "But it's difficult."

Some believe that incidents like Burbach are inevitable when social care is privatized. In an interview with the "Frankfurter Rundschau" newspaper this week, Australian journalist Antony Loewenstein argued that the experience with privatizing migrant facilities in the US, Britain and Australia had shown that abuse was "virtually guaranteed." "There is clear evidence that wherever refugees are seen as a mass for generating profits, the conditions for both personnel and refugees are worse," he said. "There is no incentive for companies to offer money for good services."

But not everyone thinks this is a given. Even Stephan Dünnwald of the Bavarian Refugees Council, which works to represent refugees' interests, is not sure that privatization is necessarily bad. "It just depends on the company," he told DW. "There's no guarantee that the state can treat people any better."

A set of new regulations pertaining to asylum in Germany has been passed by parliament. Several aspects of the package have been strongly criticized by opposition parties. (25.02.2016)