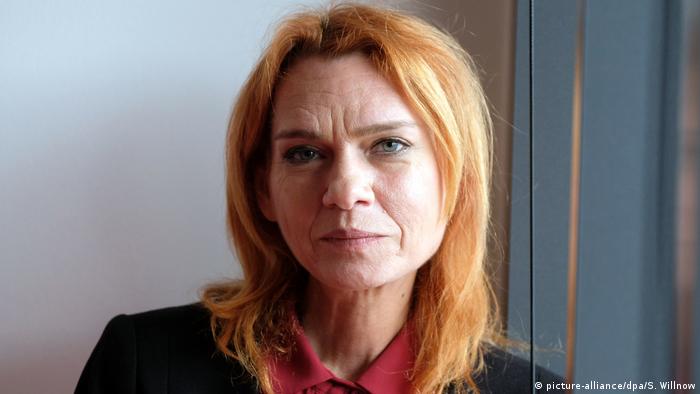 Turkish novelist Asli Erdogan was acquitted of all charges by a court in Istanbul on Friday. She was facing up to nine years and four months in jail if she had been found guilty.

Erdogan, who has no relation to the current President Recep Tayyip Erdogan, was not present at Friday’s hearing. But she delivered a statement through her lawyer defending her work, arguing that the “political content” in her writing was “limited to human rights violations," she said.

The writer was accused of "terror propaganda" and of "undermining national unity." Erdogan was held in pretrial detention for four months.

She was released, but authorities banned her from leaving the country until 2017. The ban was lifted so that she could travel to Germany to receive the Erich Maria Remarque Peace Prize of the city of Osnabrück. Since then, she has lived in Europe in a self-imposed exile.

Erdogan told DW that she was satisfied with the court's decision, but still felt hurt by the ordeal. "Three and a half years of my life were taken away from me," Erdogan said.

Of the legal process she underwent, Erdogan said that "justice has become a weapon to silence the opposition" in Turkey.

She remained unapologetic about her innocence and the impact of her work. "I am not guilty of propaganda; it was clearly a work of literature. It was translated into so many languages, it was renowned. The trial was truly a disgrace."

Since a failed coup in 2016, several intellectuals, including German nationals, have been targeted in Turkey over alleged terror ties, mainly to the banned Kurdistan Workers' Party (PKK).

Ozgur Gundem was among more than 130 media outlets which Turkey closed in 2016.

The publication had focused on the PKK conflict in Turkey's mainly Kurdish southeast and had faced investigations, fines and the arrest of correspondents in the years before it was shuttered.

Deniz Yücel and Asli Erdogan are among hundreds of writers and journalists who have been jailed in Turkey since last year's attempted coup. Both were awarded the Prize for the Freedom and Future of the Media in Leipzig. (06.10.2017)

Asli Erdogan: 'It's my country, too'

Celebrated Turkish novelist Asli Erdogan was imprisoned for four months in Turkey last year- and she refuses to be cowed by the pressure. Writing, she told DW, is a responsibility. (20.07.2017)