On torture and imprisonment in Turkey: Author Asli Erdogan speaks

For four months, Turkish author Asli Erdogan sat behind bars in an Istanbul prison. Now living in exile, she spoke to DW about the political situation in her homeland, and the long-term trauma inflicted by torture. 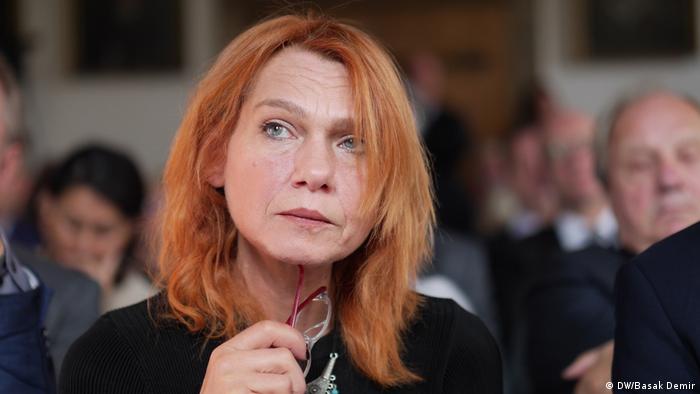 After the failed military coup in Turkey in 2016, writer Asli Erdogan was arrested along with hundreds of others, including journalists who have spent years in prison in the country. In Turkey, which jails more journalists than any other nation, Erdogan remains accused of promoting "propaganda" and "incitement of the people." Today, the winner of the 2018 Simone de Beauvoir Prize lives in exile in Germany. She spoke with DW's Holger Heinmann about her time in an Istanbul prison.

Deutsche Welle: Your novel The Stone Building and Other Places tells the story of people who were tortured in prison and are forever marked by fear. Had you talked to prisoners about their experiences?

While I was writing the book, I had never been in prison myself. I had had a bit of experience with the Turkish police, but nothing more. I had read reports, though, and spoken to many people who had been tortured. When I listened to those people, I realized there was more to read between the lines. A great, absolute silence around this trauma. It was my intention as a writer to find a language that could say the unspeakable. Some things cannot be said. Even if you have experienced torture yourself, that part of you remains silent or screams. Such a tortured person is not a good storyteller. A trauma does not tell stories.

Read more: Asli Erdogan: 'They're killing me as a writer'

Can the words of a novel express this extreme suffering?

That's an open question. There is the famous saying that after Auschwitz no more poems could be written. It is an eternal, unanswerable question. There are always only temporary answers, new attempts and failures. Well, as a former prisoner, I have been confronted with this question once again. My task now is: "Come, you are the writer, tell me about your prison experience." But that's much more difficult than I had imagined it to be.

In the detailed foreword of your novel, you write about your own incarceration in 2016. How difficult was it to return to that time?

It took me several months to write that essay. I had to put it off over and over again. When I started, an eczema formed on my skin. I could hardly touch the pen. I had two psychological breakdowns. I burst into tears while writing. But at the end, I thought it was a necessary step that I had to take. If you just keep silent, you can't get out of the cell. 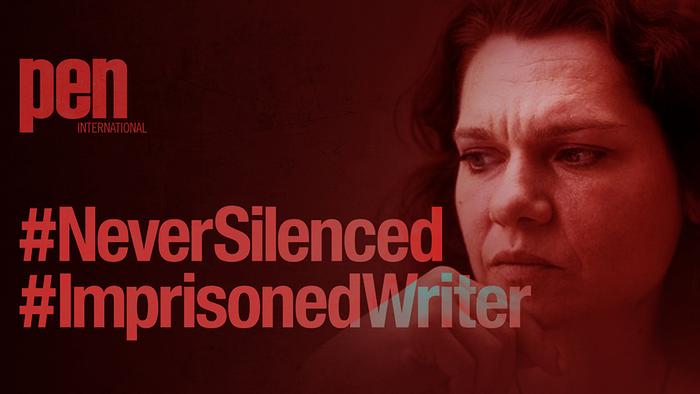 In the preface you write: "It is quite natural that one day what I said and wrote would happen to me myself." What do you mean by that?

Whatever I write happens, either to myself or to others. This sense of prophesying frightens me. For negative things are often associated with this prophecy. I was not surprised when I was imprisoned. I knew it would come.

At the center of your writing, both in your journalistic work and in your novels, are the victims. Where does this focus come from?

It is a conscious choice. The story of the victims is essential for humanity, for the world in which we live. Otherwise there would be a great emptiness, a lack of meaning. But on the other hand, this is not a completely conscious choice. I am, of course, like all other people, a product of my own past, especially my childhood, which was very difficult. I'm probably still trying to protect my mother from my violent father. But I am behind this choice. I am on the side of the victims. I am also a victim. Why should I show solidarity with the winners?

You came to Germany in 2017. What is life for you here like?

For me, life here is a transition, a bridge. I have not settled here. The perpetrators in Turkey are taking their time. My case is not closed, not even after two and a half years. I am trying not to take too firm a root here in order to be ready to pack my suitcase again. It is not easy to live like this. 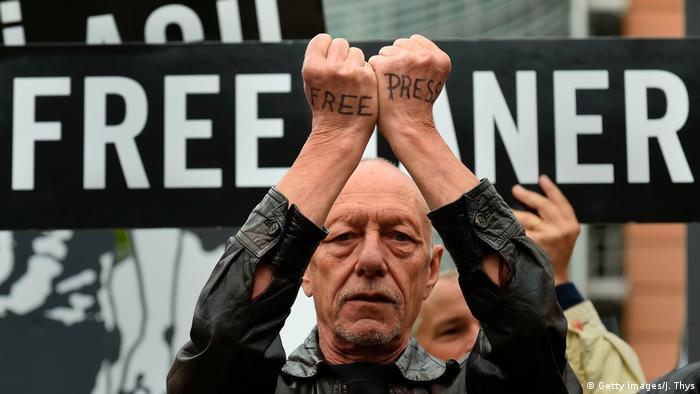 In 2017, activists in Brussels protested the fact that more than 160 journalist were behind bars in Turkey following the failed coup in July 2016

Do you want to go back to Turkey?

No, I will probably go somewhere else. The hope of being able to return to Turkey is getting dimmer. Realistically, I should plan to stay abroad for at least the next ten years. There are very severe penalties for those people who are on trial in Turkey these days.

Does that mean you have little hope that the situation in your home country will change?

There are more than 300,000 people in prison at the moment. When I was arrested there were 160,000. Turkey is breaking one record after another: 170 journalists are in prison, many members and officials of the Kurdish party have been imprisoned. They are building new prisons; by 2021 the capacity is to increase to half a million. The situation is very sad, much sadder than what the German press reflects.

The trial of 11 women's rights activists in Riyadh has drawn sharp criticism from Western countries. Some of the women have said they were tortured and sexually abused during interrogation. (28.03.2019)