Turkey urges US to extradite cleric Gulen over coup 'plot'

Ankara has again urged the US to extradite the cleric Fethullah Gulen, who it claims was behind last month's coup. The Turkish government also voiced dismay over a perceived lack of support from NATO allies in the EU. 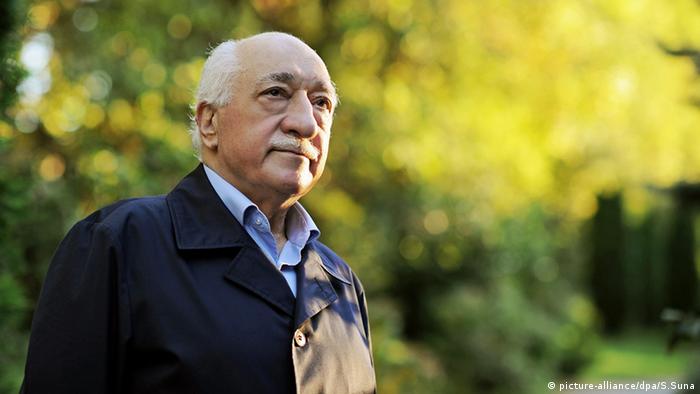 Turkish Prime Minister Binali Yildirim told a senior US military official in Ankara on Monday that the US should show a "clear and decisive stance" against the failed coup.

He repeated that the US based cleric Fethullah Gulen, who Ankara claims was behind the July 15 coup attempt, should be extradited to Turkey.

Yildirim told the US general to extradite "terrorist group leader Fetullah Gulen and members of FETO to our country as soon as possible," his office said in a statement after the meeting.

FETO is the name that Turkey gives to Gulen's alleged operation, the Fethullah Terror Organisation (FETO), which is said to have built attempted to build a parallel state in Turkey so it can one day seize power.

The visit by the Chairman of the US Joint Chiefs of Staff, John Dunford, to Turkey was intended to smooth things over between the US and Turkey. Ahead of the meeting Dunford had said he would "deliver messages condemning in the strongest terms the recent coup attempt and reaffirming the importance of our enduring partnership for regional security."

Meanwhile on Monday, Turkey said it had arrested 11 fugitive soldiers who were suspected of involvement in an attack on President Recep Tayyip Erdogan's house on the night of the coup. Erdogan fled to Istanbul just in time to escape.

Earlier on Monday, Turkey summoned a senior German diplomat after Germany's constitutional court rejected an application to show via video link live speeches from Turkey at a pro-Erdogan rally in Germany. Among the politicians who had been due to talk were Erdogan himslef.

The reason given for the decision was that the speeches could work up the crowd, but the decision sparked anger in Turkey.

Presidential spokesman Ibrahim Kalin said the move was unacceptable and a "violation of the freedom of expression and the right to free assembly."

A spokeswoman for the German embassy told the AFP news agency that the German charge d'affaires had "been summoned to the Turkish foreign ministry at 1 p.m. (1000 GMT) on Monday" because of the decision.

However, Germany played down the incident, saying such "invitations" were nothing out of the ordinary. "In the day-to-day dealings between countries, it is a daily event - normal for a representative of a country to be called in to the foreign ministry of his host country," German foreign ministry spokesman Martin Schäfer said.

Ties between Germany and Turkey are already strained after the German parliament voted to brand the World War I-era Armenian massacre by Ottoman forces as "genocide."