The Turkish author Asli Erdogan has won the Erich Maria Remarque Peace Prize. However, she is not allowed to travel to the prizegiving in Germany, even though a travel ban imposed on her has been lifted. 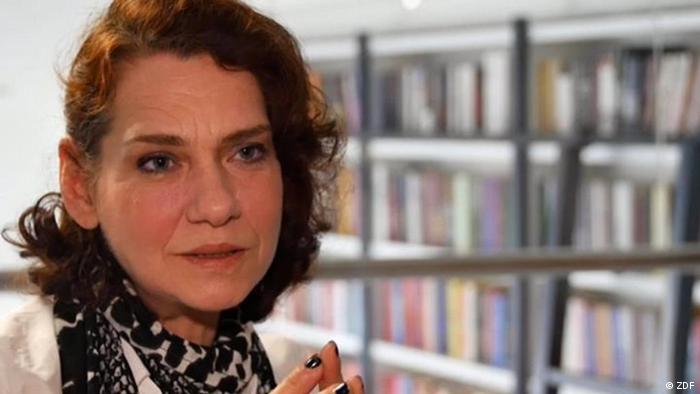 DW: The Turkish judiciary have lifted the ban that prevented you from traveling abroad. But you still can't leave the country. What's behind this?

Asli Erdogan: It's a never-ending story. At the hearing on 22 June I explained to the court how this ban was disadvantaging me, that my books are translated into many languages and I have been awarded a number of prizes, including the Erich Maria Remarque Peace Prize, the Leipzig Prize for Press Freedom and the Princess Margriet Prize, and that my absence at the prizegiving ceremonies makes Turkey look bad, not me. So the court decided that in future I would be allowed to leave the country. After a while we went to the passport office. The police sent us back to the court, because the ban hadn't been lifted yet. First, that was repudiated by the court. Then we were told they couldn't lift the ban because of the state of emergency. And so it dragged on. In the end the issue was postponed until the next court hearing on 30 October.

Do you believe that your situation might change in the foreseeable future?

I don't believe in anything in this country any more. In a place where the rule of law no longer exists, they could throw me into prison tomorrow for the rest of my life. If they can't use the PKK as justification, they use FETO [This stands for "Gulenist Terror Organization," which is ascribed to the Gulen Movement and blamed by the Turkish government for the attempted coup on 15 July 2016 – Ed.]. Perhaps the next thing they'll do is claim that I'm a secret agent. I haven't experienced such a mafia-like understanding of the state in 50 years. 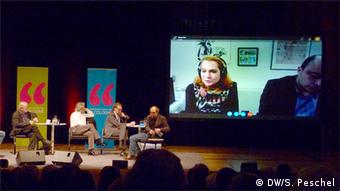 Erdogan appeared by video link at Lit.Cologne in March

What influence does the travel ban have on your life?

It has made me unable to live. I am an international author and I live through my international contacts and my books. I earn my living through my income from abroad. Precisely this year is the year when the biggest number of translations of my work have been published. And I can't go there, I can't talk to the press, can't take part in any festivals.

My voice is not being heard. I can't talk about my books, let alone about politics. How many prizes will I get in my life? This year alone I have received six, and I can't go to the prizegiving. They're killing me as a writer.

Your homeland won't let you travel abroad. Other countries are honoring you. How do you judge this situation?

It's very sad and says more about Turkey than it does about me. A short while ago I was awarded the Legion of Honor, France's highest distinction. But I can't go. Why? In the eyes of the Turkish authorities, I'm a terrorist. Now France has to come here, and that will go down in history.

I have held up a mirror to Turkey. Because it didn't like what it saw, I was spared nothing. Instead of apologizing, people are looking for ways to increase the pressure, to silence me, to torture me. I'm not a political figure. I'm a writer. What have I done to this country?

In more than 20 years I was never once prosecuted about anything I wrote. Now they're arresting me and accusing me of being the leader of a terrorist organization. I can't even speak Kurdish. Europe is honoring me for my art, to show that I am an artist. Before long they'll call me a German secret agent and claim that Germany is awarding me all these prizes to put pressure on Turkey.

Are you able to write again?

I had started, but lately I've been being harassed outside my house. One night they scared me to death. They came after me on motorbikes. I'm so tense that I'm grinding my teeth all day; my mouth is full of abscesses. Health-wise I'm very run-down. I can hardly sleep at night. So at the moment I can't write. I have no strength left.

I've been able to withstand the torture for one year. I won't manage a second. In one year they've finished me off. At least I'm still talking. When I'm asked, I talk about my observations of the injustices in Turkey.

Asli Erdogan was arrested in August 2016 because of her columns in the pro-Kurdish newspaper Ozgur Gundem. She was detained for four and a half months in a women's prison in Istanbul and released from custody for health reasons. A former physicist, Asli Erdogan is the recipient of the Erich Maria Remarque Peace Prize, which is to be awarded on 22 September in Osnabrück. Her second novel, "The City in Crimson Cloak" (1998), has been published in English by Soft Skull Press.

The interview was conducted by Aydin Üstünel.

Ukraine: Sloviansk likely to be 'next key contest' in Donbas battle — live updates

Why Russians are denouncing opponents of Ukraine invasion