Turkish novelist Asli Erdogan has been in jail since August 19 for alleged links to Kurdish militants. She has written an urgent plea for European leaders to speak out against current developments in Turkey. 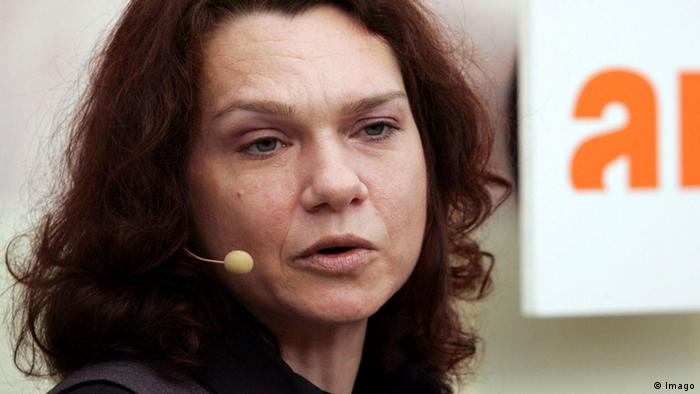 Dear friends, colleagues, journalists and members of the press,

I am writing this letter to you from Bakirkoy Prison, the day after "Cumhuriyet," one of our oldest newspapers and the voice of Turkey's social democrats, has been subjected to a police operation. More than a dozen of its writers are in custody at the moment, while four more are "wanted by police," including Can Dundar, general director.

Even I was shocked!

This is a clear sign that Turkey has decided to disobey any law or respect any rights.

Currently, more than 130 journalists are in jail - a world record. Additionally, 170 newspapers, periodicals, and radio/TV channels have been shut down in two months. Our current government wants to monopolize "reality" and "truth." Any opinion differing slightly from that of the rulers is violently suppressed: They are subjected to police beatings, held day and night under custody (up to 30 days), among other punishments.

I was arrested on August 19 simply because I am one of the advisors of "Ozgur Gundem," the "Kurdish paper." Although Press Law 11 clearly states that advisors have no legal responsibility for the paper, I haven't yet seen a court that will listen to my story.

Along with me in this Kafkaesk trial is Necmiye Alpay, a 70-year-old linguist and translator who has also been arrested and charged with terrorism.

This letter is an urgent call!

The situation is drastic and horrifying and extremely worrisome. I believe that a totalitarian regime in Turkey will unavoidably shake all of Europe eventually.

Europe, currently concentrated on its "refugee crisis," seems to underestimate the perils of total loss of democracy in Turkey. Now we - the writers, the journalists, the Kurdish, the Alevites and, of course, the women - are paying the heavy price for the "democracy crisis."

Europe should assume its responsibility for the values it has defined with the blood of centuries, the values that make "Europe" a democracy with human rights, including freedom of speech and thought.

We need all your solidarity and support.

Many thanks for what you have done for us so far.

Asli Erdogan, is a prominent Turkish novelist whose books have been translated into French, German, Arabic and Norwegian. She was jailed on August 19 for having alleged links with Kurdish militants. She was a member of the advisory board of the "Ozgur Gundem" daily, which was closed by court order on grounds of spreading propaganda of the militant Kurdistan Workers' Party (PKK). Since the July 15 coup attempt, Turkey has started an operation to ostracize people with alleged links to Gulen movement, led by self-exiled US-based cleric Fethullah Gulen. President Recep Tayyip Erdogan has blamed Gulen for orchestrating the failed coup. Gulen denied any involvement.