Turkey has threatened to end the EU migration deal unless visa-free travel is granted to Turkish citizens this year. But Brussels said Turks will need to get visas until Ankara addresses EU concerns on the rule of law. 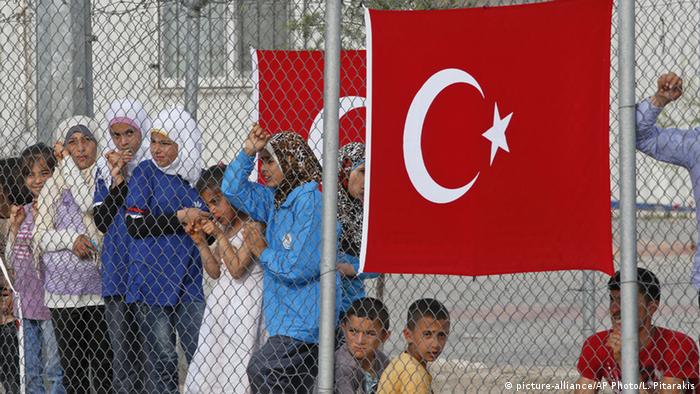 Turkey will cancel a migration deal with the European Union if the bloc doesn't grant visa-free travel to Turkish citizens by the end of the year, Foreign Minister Mevlut Cavusoglu said Thursday, a day after a top EU official suggested any visa deal was a long way off.

As part of an agreement clinched between Ankara and Brussels earlier this year, Turkey agreed to take back migrants in exchange for billions in aid money and visa-free travel to the EU for Turkish citizens.

After the EU repeatedly pushed back the date for visa-free travel amid concern over Turkey's draconian anti-terror laws and erosion of rights in the country, Cavusoglu told the "Neue Zürcher Zeitung" on Thursday that Ankara's "patience was drawing to a close."

The comments come a day after European Parliament's Vice President Alexander Graf Lambsdorff said visa-free travel for Turkish citizens was even unlikely by 2017, due to the Turkish government's wide-reaching crackdown and purges that have accelerated in the wake of July's failed coup bid and state of emergency.

The crumbling of the migration deal would be a major blow to the EU, which has partially pinned its hopes on controlling a wave of migrants and refugees through the deal with Turkey.

Cavusoglu defended Turkey's anti-terror laws and state of emergency, referring to actions of European countries like France, which has taken tough action following a series of terror attacks.

"If some European countries intensify their terrorist laws and at the same time urge Turkey to soften theirs, this would be understood by our people as a weakening of the fight against terror," Cavusoglu said, pointing out the country is battling the "Islamic State" (IS), Kurdish militants and coup plotters.

On the issue of terrorism, Cavusoglu said, "We cannot make any concessions to the EU."

As Turkey and the EU wrestle over visa-free travel and the future of the migration deal, Ankara has moved into northern Syria to block Kurdish advances and clear IS from the border.

The Turkish military and Syrian rebel-backed safe-zone may offer an opportunity for some refugees to return to Syrian territory, Cavusoglu said, pointing out the 5,000 refugees had already returned to the former IS bastion of Jarabulus.

"Other states pray that no refugees come to them," Cavusolgu said. "If the refugees live in such a safe zone, then Europe will breathe easier."

The Interior Ministry in Turkey has fired over 1,200 soldiers serving in the gendarmerie, citing investigations into the failed coup. Over 100,000 people were suspended or sacked from state jobs since the unrest. (03.11.2016)

A suspected Syrian army helicopter has dropped barrel bombs on northern rebels, the Turkish military has said. Syrian government troops have also warned Turkey that advances towards Aleppo would be met "with force." (26.10.2016)