German EU officials have said the Turkish president is to blame for the lack of agreement after his remarks on the death penalty and a crackdown on media outlets. 'Like this, nothing will proceed,' EU officials claimed. 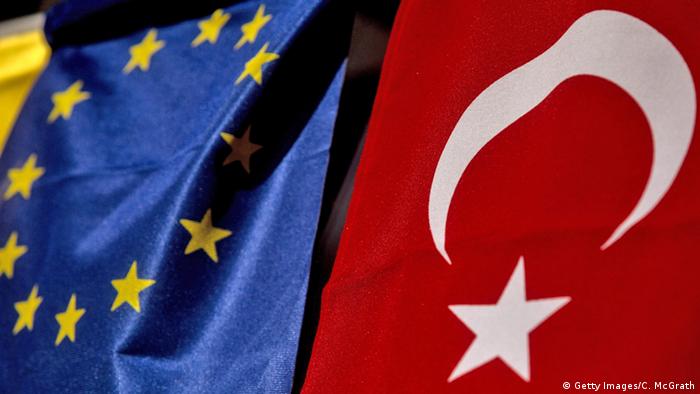 EU plans to introduce visa-free travel for Turkish citizens by 2017 are unlikely to go ahead, according to the European Parliament's Vice President, Alexander Graf Lambsdorff.

In Wednesday's edition of the German tabloid "Bild," Lambsdorff expressed concerns with Turkish President Recep Tayyip Erdogan's latest remarks regarding the reinstatement of the death penalty, as well as his government's detention of opposition journalists.

"Like this, nothing will proceed with visa-free travel," Lambsdorff said.

Herbert Reul, a German Member of European Parliament for the Christian Democratic Union, said that Erdogan alone was to blame for the broken agreement. "If Erdogan continues this way, then visa-free travel will move increasingly out of reach."

Visa-free travel arrangements in the Schengen area for Turkish citizens were a key condition in the bloc's migrant deal with Turkey.

EU conditions for the agreement to relax travel restrictions include reforms to Turkey's anti-terror laws, which critics say are being used to prosecute innocent citizens. Turkey has so far refused to introduce the necessary amendments.

Freedom of speech under threat 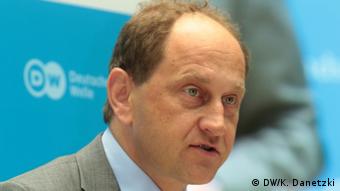 Alexander Graf Lambsdorff has been a vocal critic of Erdogan's suppression of free speech.

The latest arrests concern the Turkish newspaper "Cumhuriyet." On Monday authorities arrested the outlet's chief editor, along with a number of co-workers.

Since the failed military coup against the Erdogan government in the summer, authorites have taken a harsher approach towards critical media outlets. According to a Turkish association of journalists, some 170 media outlets have been shut down and more than a hundred journalists have been arrested this year alone.

Other states have sharply criticized Turkey following the government's shutdown of "Cumhuriyet." The US State Department has urged the Turkish government to "protect the rule of law and fundamental rights."

Turkey's government continues to exploit its post-coup state of emergency to silence critics. The 92-year-old newspaper Cumhuriyet is the latest target in the crackdown on opposition media, DW's Seda Serdar writes. (31.10.2016)