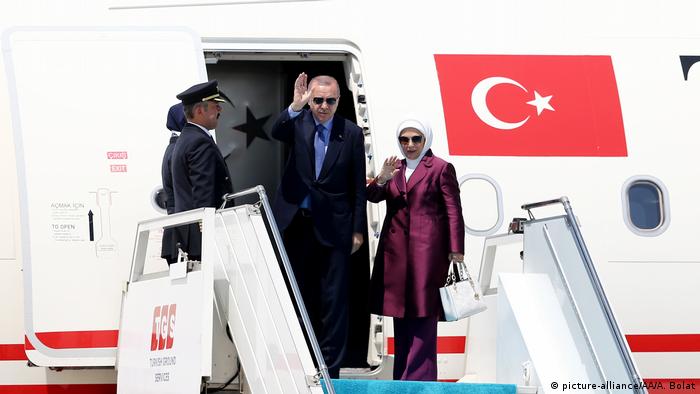 Turkish President Recep Tayyip Erdogan's two-day visit to Bosnia-Herzegovina got off to a rocky start on Monday after a fracas erupted between his security team and local border police, authorities said.

Local media reported "pushing" and "verbal exchanges" after the president's bodyguards refused to hand over their weapons on arrival at Sarajevo airport.

"They were aggressive and behaved as if they were in their own country," chief of Bosnian border police Zoran Galic told the Dnevni Avaz news portal. "They did not respect our laws and deserved to be arrested."

Border police said the confrontation ended when the Turkish leader stepped off the plane to greet waiting members of Bosnia's tripartite presidency. 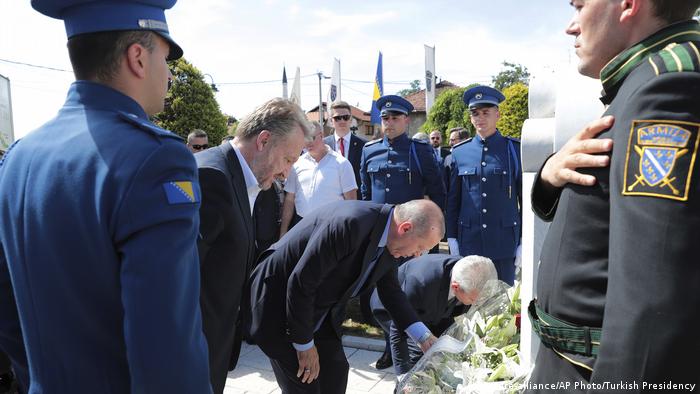 Muslim-majority Bosnia was ruled by the Ottoman Empire for five centuries and shares strong ties with Turkey.

Shortly after touching down in Sarajevo, Erdogan visited Turkish soldiers serving in the EU-led peacekeeping mission there. He is also scheduled to attend an economic summit of southeastern European countries where he is expected to hold bilateral meetings with members of the presidency.

He is also due to pay his respects to the 8,000 Bosnian Muslims who were killed in the town of Srebrenica in July 1995 ahead of the massacre's 24th anniversary next week.

"Peace, stability, tranquility and prosperity of the Balkans are extremely important for us. Our country does not have the luxury to watch the developments in this region from a distance," Erdogan told a press conference before departing from Turkey.

Bosnia-Herzegovina: Can fresh elections save a divided state?

More than two decades after a devastating war, Bosnia-Herzegovina has still not overcome its deep ethnic divisions. As voters headed to the polls, observers asked whether fresh elections can bring much-needed change. (07.10.2018)