A Turkish opposition television channel has started broadcasting from Germany. The channel hopes to highlight anti-democratic practices in Turkey. 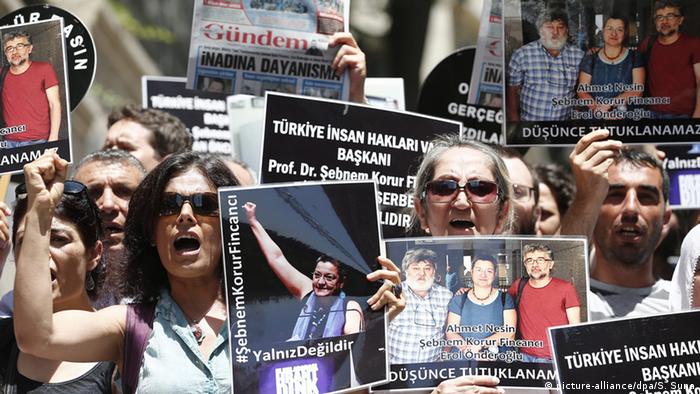 Protesters in Turkey have called for the release of jailed journalists

A group of Turkish opposition journalists has started television broadcasts from the German city of Cologne in an effort to provide independent and objective news in Turkey.

Arti TV, Turkish for Plus TV, went live on Friday evening with the slogan "for a free and independent media and a democratic Turkey."

Among those at the station are journalists who lost their jobs and fled to Germany amid a crackdown on media under President Recep Tayyip Erdogan.

More than 100 journalists in Turkey are in prison, around 150 media outlets have been shut and nearly 3,000 journalists have lost their jobs in a sweeping crackdown on freedom of speech in the wake of last July's failed coup attempt. Germany's attention has recently focused on German journalist Denis Yucel, who is among the reporters imprisoned in Turkey.

The immediate goal of the opposition broadcaster is to prevent a referendum from passing next month. Voters will decide on a set of constitutional changes designed to dramatically expand Erdogan's powers.

Arti TV is available online and via satellite.

In addition to Arti TV, the group of journalists established the artigercek.com news and analysis portal in February.

The television channel is funded by the Netherlands-based Arti Media Foundation and the founders hope to receive funding in the future from the German government.