After last year's failed coup, Turkey's massive crackdown on civil society is entering its eighth month. Here's why artists and intellectuals feel the latest wave of sackings in the country go one step further. 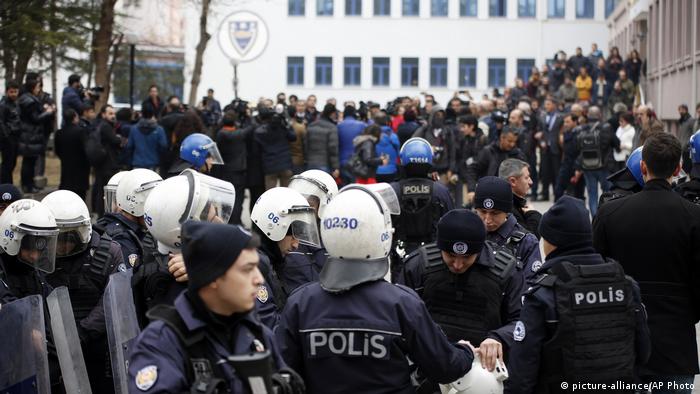 The numbers keep growing - to a point that they're almost too large to grasp. According to data compiled by Turkey Purge, PEN International, the Committee to Protect Journalists (CPJ) and the Stockholm Center for Freedom (SCF), 128,398 people have been sacked, while 91,658 are being detained.

Nearly seven months after the failed coup of July 2016, a new wave of purges led to the dismissal of 4,464 public servants on February 8. Among them were 330 academics.

Many of these newly dismissed scholars - 184 of them - were signatories of a petition released in January 2016 calling for violence to end in south-eastern Turkey, where a majority of the Kurdish population is located. The signatories called themselves Academics for Peace.

The fact that members of this group have been targeted in this wave has created an unprecedented uproar in Turkey, explains Melih Kirlidog, a Turkish scholar specialized in internet censorship and surveillance, and a signatory of the Academics for Peace petition. 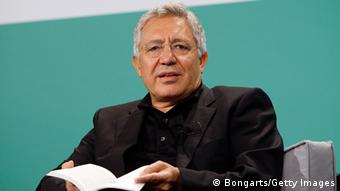 Kirlidog had already been sacked from Nisantasi University a year ago, along with 250 of the 2,212 Academics for Peace. He is now living in Berlin as a guest researcher in the Humboldt Institute for Internet and Society. He's not very optimistic about the current developments: "It resembles the atmosphere of 1933 Germany to me," he told DW, referring to the year Adolf Hitler rose to power.

He's not the only one to feel this way. Turkish novelist Zülfü Livaneli, a prominent artist who was imprisoned several times during the 1971 coup in Turkey, has also compared the situation of scholars in Turkey to that of intellectuals in Nazi Germany: "Some resist, some collaborate with the regime so as to continue their work, and some turn a blind eye in silence," he told Turkish paper "Cumhuriyet" on Sunday.

According to the internationally recognized author, advertisements for his latest book,"Huzursuzluk" (Restlessness), were banned by Turkish authorities in Istanbul. Although the novelist sees this ban as a smaller problem among the many issues facing the country, he feels that "banning the banner of a book today means banning books tomorrow." 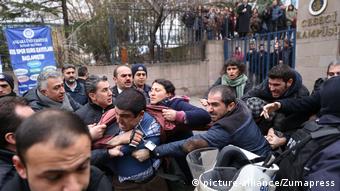 The latest wave of university purges marks a turning point, according to Kilirdog. Demonstrations against the dismissals took place outside Ankara University on February 10; police fired tear gas to disperse the protesters.

Many had mainly remained silent in reaction to the previous sackings - either out of fear, or because they believed that most of the people affected by the purges were perceived as associated with the Gülenist movement, Kilirdog says. US-based Muslim preacher Fethullah Gülen is accused of orchestrating the coup that failed in July last year; the government's massive crackdown allegedly targets supporters of this movement.

This time, among the Academics for Peace ousted by the latest government decree were highly respected intellectuals, such as Ibrahim Kaboglu, who's one of the country's most prominent experts in constitutional law. Kaboglu is a strong opponent of the proposed constitutional changes, which will boost Erdogan's powers as president in an unprecedented way. Turkey's crackdown on the media has intensified ahead of the referendum on these constitutional reforms, set for April 16. 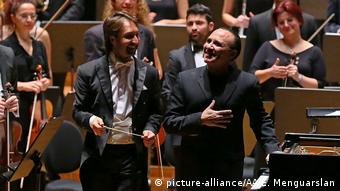 Conductor Ibrahim Yazici (left) is one of Turkey's most prominent conductors

Prominent artists were also directly affected by the last round of purges. Ibrahim Yazici is one the country's most prominent orchestra conductors, and he is also a lecturer in several universities. He has openly positioned himself against terrorism, reminding his audience during concerts held after the latest major terror attacks in Turkey, "that terror aims to create fear in people," he told the BBC. "We should overcome that fear through art. Especially in the times of terror attacks, art is holding people together."

Ankara University's whole theater department was also decapitated, as its head, Tülin Saglam, and five other senior professors were dismissed through the decree. Without new appointments, the department will effectively close down. 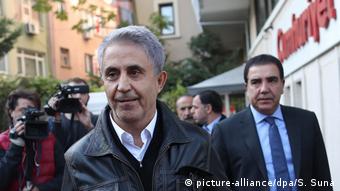 Cartoonist in jail for over 100 days

As part of the post-coup crackdown, journalists from the long-established newspaper "Cumhuriyet" were detained on October 31, and many have been imprisoned since, still awaiting indictment. Among them is the popular cartoonist Musa Kart, who has now spent over 100 days in jail without being able to share his drawings with the world.

Kart and his colleagues were arrested on claims of supporting two terror organizations, the Kurdistan Workers' Party (PKK) and the Fethullah Terrorist Organisation (FETÖ). However, his newspaper has produced regular reports warning against Fethullah Gülen's movement and has been covering the Kurdish issue for years, without supporting the PKK's terrorist acts.

"If you are an opponent or just an objective journalist, artist or academic, the government accuses you of supporting the terror organizations. It's their new formula," Musa Kart's daughter and lawyer, Seran Üney, told DW.

In support of the imprisoned illustrator, the Cartoonists Rights Network International has been collecting drawings by other cartoonists from all over the world and calling for Kart's release:

The director of Cartoonists Rights Network International, Robert Russell, knows Musa Kart and his family well. "There's no way he's associated with terrorism," he told DW. The association gave Kart its Courage Award in 2005. At the time, Erdogan had sued the cartoonist for simply portraying him as a kitten caught in a ball of yarn, implying his clumsy entanglement in politics.

Artistic freedom: from bad to worse

According to statements by the Turkish minister of communication, Turkey also plans to "enforce national cultural values" by replacing Google with its own search engine, a strategy already applied in China, Russia and Iran.

In such a context, the Turkish president's statements at the Ministry of Culture and Tourism's Special Awards Ceremony appear depressingly sarcastic:

There are serious questions about whether journalists opposed to expanded presidential powers for Recep Tayyip Erdogan will have their voices squelched. The opposition says the space for debate is already being squeezed. (12.02.2017)

Turkish President Recep Tayyip Erdogan has approved a constitutional reform package, paving the way for a referendum on increasing powers to the presidency. The vote is officially set to take place on April 16. (10.02.2017)