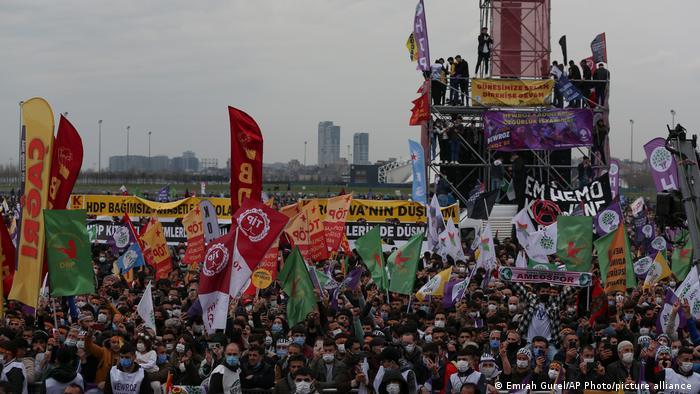 "This is about the will of the people. I don't accept the decision," barks an old man. "If they ban the HDP then a new Kurdish party will pop up to take its place. There's no way around it," says a defiant young woman who tells DW she is an HDP supporter.

Here in the southeastern Turkish city of Diyarbakir — a metropolis long considered the cultural and political capital of Turkey's Kurdish community — news of the Turkish judiciary's decision to initiate steps to ban the pro-Kurdish Peoples' Democratic Party, or HDP, is a much discussed topic.

In no other city is the HDP — Turkey's third-largest political party — more popular than here in majority Kurdish Diyarbakir. Most residents were disappointed by the news, others were appalled, yet very few were surprised at the proposition of political banishment for the HDP. 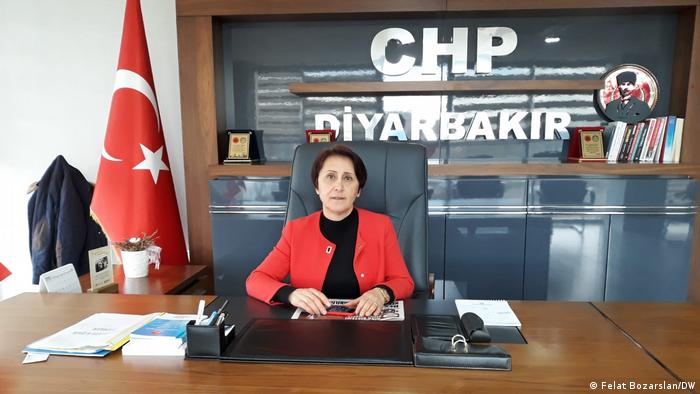 For weeks, the Turkish government has been turning up the heat on the HDP — with the stigmatization attached to the label "terror party" being followed by a growing din of government representatives clamoring for a ban.

Now, the Public Prosecutor's Office has taken the legal step of submitting a request to the Turkish Court of Cassation, the country's highest court, seeking a ban on the pro-Kurdish party.

Moreover, prosecutors are seeking a five-year ban on political participation for 687 individuals — among them, leading Kurdish politicians like Pervin Buldan and her HDP co-chair colleagues Figen Yuksekdag and the still-imprisoned Selahattin Demirtas.

Prosecutors say the words and deeds of HDP members are designed to undermine the integrity of the Turkish state. They also claim party members have been involved in terrorist activities. In almost every case the evidence presented by the state has been lacking and arbitrary.

Turkish opposition sticks together in face of HDP ban

Other opposition parties have signaled solidarity with the HDP. The local leader of the social democratic Republican People's Party (CHP), Gonul Ozel, thinks a ban would be illegal and just give rise to the formation of a new Kurdish party: "We're talking about the will of 6 million people who voted for the HDP to represent them in parliament [in the last election]. We are dealing with a dictatorial regime here. This is pure suppression," says Ozel. 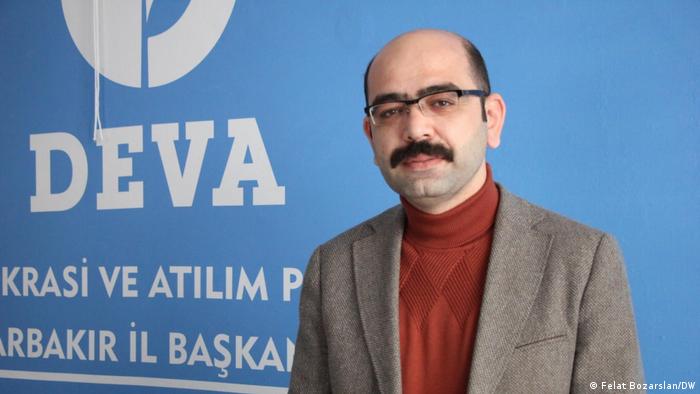 Even the freshly minted Democracy and Progress Party (DEVA), a splinter of the governing Justice and Development Party (AKP), has voiced solidarity with the HDP. DEVA party leadership says the proposed ban is "an encroachment on democratic society and the rule of law."

Cihan Ulsen, DEVA chairman for Diyarbakir Province, is of the opinion that the HDP has already been under a de facto ban for at least two years now. The party has been mainly inactive since the ruling AKP severely limited the activities of HDP politicians in the wake of municipal elections in March 2019.

Mayors and city councils in most of the 65 provinces the HDP carried in the election have meanwhile been fired — replaced by Ankara-appointed emergency managers. The party has been left with but six tiny districts.

Is Erdogan just a puppet?

Local DEVA chair Ulsen says the move against the HDP shows that the ultra-conservatives are pulling the strings in Ankara. The Nationalist Movement Party (MHP), the AKP's extreme right-wing coalition partner, has long insisted on a ban, with MHP Chairman Devlet Bahceli demanding the Turkish judiciary take legal action against the HDP. Turkish President Recep Tayyip Erdogan and his AKP, however, have been much more reticent in the matter than their junior partner. 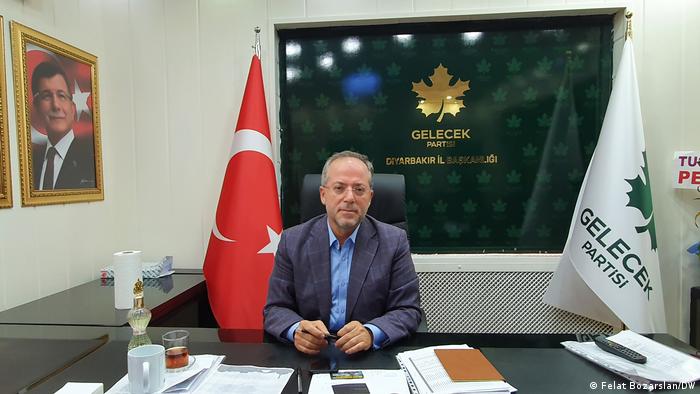 The Future Party, another AKP splinter — has vocally distanced itself from the HDP ban. Aydin Altac, the Future Party's Diyarbakir chair, sees the ban as a clear sign that the country's judiciary is no longer independent. "The fact that the judiciary obviously followed orders from the government and filed the suit shows that the prosecution is motivated by politics, not justice," he says. Altac's view is shared by many in Turkish society.

The file of indictment brought by the Ankara Public Prosecutor's Office uses language closely resembling the government's in accusing the HDP of involvement in "terrorist activities." Interior Minister Suleyman Soylu was the latest administration official to claim the HDP had no right to exist, saying, "A party that does not define the PKK [Kurdistan Workers' Party] as a terrorist organization and has not distanced itself from it, cannot be a political party in this country." Soylu had more than 700 HDP district and provincial chairpersons arrested shortly before delivering the remarks.