An art piece depicting Turkish President Erdogan with a banana up his backside has been taken down at a German art fair. The artist suggested it was a challenge to freedom of expression. 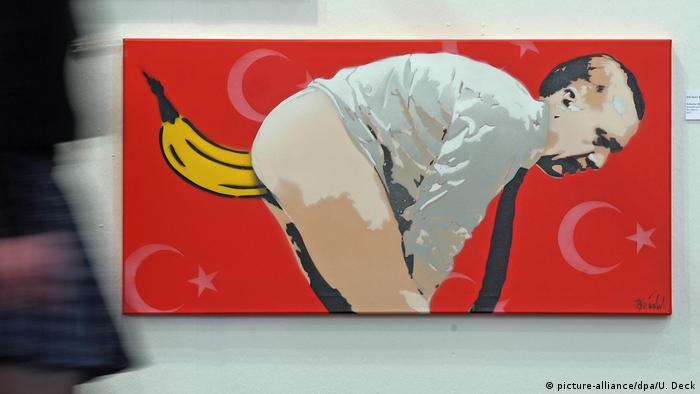 A picture of Turkish President Recep Tayyip Erdogan with a banana up his naked posterior has been taken down from a German art fair following protests that the gallery owner suggested were organized.

The piece by artist Thomas Baumgärtel, titled "Turkish dictator," was part of the "Despots Series - Trump, Kim and Erdogan" at the Art Karlsruhe fair in southwestern Germany.

The series also depicted US President Donald Trump looking like a primate with a banana in his mouth and North Korean dictator Kim Jong Un riding a banana missile.

Known as the "banana sprayer," Baumgärtel has repeatedly stirred controversy with his political banana pictures. 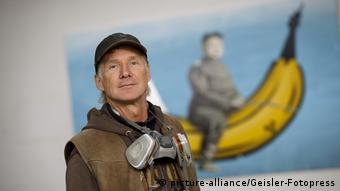 The artist announced on Twitter that the Erdogan cartoon had been taken down without him being informed by the gallery owner. He said that the Art Karlsruhe fair had no role in the decision, claiming that the gallery's owner was behind the move. Baumgärtel bemoaned a violation of freedom of expression.

Gallery owner Michael Oess told the dpa news agency that a Turkish journalist had complained about the picture on Thursday, before using a phone to broadcast live video footage from the scene.

Two women also complained of "desecrating" the Turkish flag, which was in the background of the artwork.

"There was a rush to the stand. It really was a staged event,"  Oess said. "They were agents."

The gallery owner said he took the picture of Erdogan down due to security concerns and to avoid disturbances for visitors. The piece was bought for €5,900 ($7,254).

The incident came a day after the German-language version of the pro-government Turkish newspaper Daily Sabah reported that the artwork "appears for many Turks to be a racist-vulgar attack on the Turkish president."

It also reported the exact location of the gallery stand where the picture was hanging, in Hall 2, Stand D25 of the art fair.

It was not the first time art and freedom of expression in Germany have drawn the wrath of the Turkish president and his supporters.

In March 2016, Turkey used an archaic German lese majeste law prohibiting insults against foreign heads of state to legally pursue comedian Jan Böhmermann for criticizing Erdogan's limitations on freedom of speech in Turkey. The "smear poem," as Böhmermann called it, mixed political jabs at the president with racial and flagrant personal insults, including references to child pornography and sex with animals. 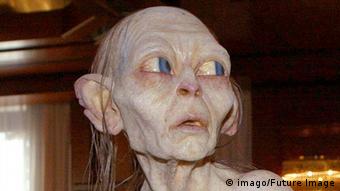 In one famous case, a Turkish doctor was found guilty of insulting Erdogan for sharing pictures on Facebook suggesting the president looked like the "Lord of the Rings" character Gollum

German prosecutors launched but later dropped a criminal investigation against Böhmermann, who argued the poem was meant to satirically show Erdogan what a real example of slander would be. It was a response to the Turkish president, who had filed hundreds of flimsy criminal complaints in his country against citizens for alleged insults, and was starting to pursue similar cases in Germany and other countries if the national laws permitted.

The Böhmermann affair stirred debate about free speech in Germany.