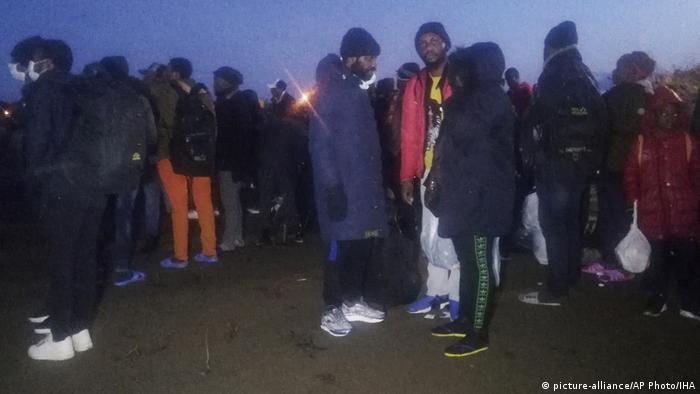 The announcement comes as some 300 migrants walk through northwest Turkey towards its borders with Greece and Bulgaria on Friday, according to DHA news agency.

"Our refugee policy is the same as before, but we are now in a situation where we can no longer hold them."

A spokesman for the United Nations refugee agency said on Friday it did not have reports of people in Turkey on the move towards Greece or other parts of Europe.

The EU has also expressed doubt about the influx of refugees reported by some media outlets.

"I would like to stress that there was no official announcement from the Turkish side about any changes in their asylum seeker, refugee or migrant policy," a spokesman for the EU's executive told a news briefing.

"We have not received any communication to that effect. We have no reports of a visible shift of movement to the borders," UNHCR spokesman Babar Baloch said at a news briefing in Geneva.

Demiroren news agency said the group of migrants, including women and children, embarked on their journey from Turkey's Edirne province toward borders with Bulgaria and Greece — two European Union nations — at around midnight. Syrians, Iranians, Iraqis, Pakistanis and Moroccans were among those in the group.

Greek Prime Minister Kyriakos Mitsotakis has discussed the situation in Turkey and the movement of migrants towards Greek borders during a call with German Chancellor Angela Merkel.

In anticipation of the migrants, Greece has increased border patrols "to the maximum possible level," according to the Agence France Presse. Greece boosted its military presence along the Turkish border earlier this month, and the government has looked into installing a floating barrier in the Aegean Sea to stop migrants arriving.

Turkey hosts some 3.6 million Syrians under a 2016 agreement with the EU to halt the flow of migrants in to Europe. The agreement resulted from European migrant crisis of 2015 in which millions of refugees flooded into Europe, nearly half of which from Syria.

Since then, Erdogan has threatened repeatedly to "open the gates" amid several disputes with Europe.

Bulgaria is also ready to send 1,000 troops to the Turkish border to prevent illegal migrant inflows, the defense minister has said. The EU member country has a 300km land border with Turkey.