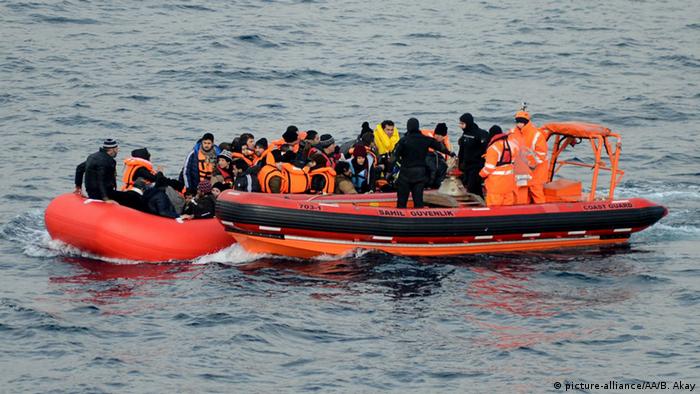 Despite a 2016 refugee agreement between the European Union and Turkey, only 189 irregular migrants who crossed the Aegean Sea to Greece were returned to Turkey in 2019, according to new EU figures.

That figure is minuscule compared with the approximately 60,100 refugees who landed in Greece in 2019, a sharp rise from the year before.

The EU-Turkey migrant deal was implemented to stop "irregular migration via Turkey to Europe" and "break the business model of the smugglers and to offer migrants an alternative to putting their lives at risk."

Under the agreement, Turkey is obligated to take back irregular Syrian migrants who pass through its territory to prevent them from crossing into Greece. For every irregular returned to Turkey, another Syrian approved for asylum in the EU will be resettled in one of the 28 states.

The European Commission report said that of the 60,100 asylum-seekers who landed on Greek islands in 2019, around 37,700 were transferred to the mainland.

The large number of migrant arrivals on Greece's Aegean islands of Lesbos, Samos, Chios, Kos and Leros has put extreme pressure on overloaded refugee camps. Around 42,000 people reside in these camps and there is a shortage of food, clothing and medicine.

Thorsten Frei, deputy leader of Germany's center-right CDU/CSU parliamentary group, who is responsible for migration, told Welt am Sonntag that the refugee situation in Greece was close to becoming untenable.

"That has unmistakably to do with the fact that Turkey is no longer consistently preventing landings," Frei said.

Ankara has accused the EU of not living up to its obligations under the migrant deal and has demanded the bloc provide more funds.

Frei also accused Greek authorities of not sending back migrants arriving from Turkey, which he finds "unacceptable" in view of offers from the EU to help Greece.

"The number of repatriations from Greece to Turkey has for years only known one direction: it is going down. One must speak quite openly of an administrative failure here," Frei told the paper.