Turkey to halt extraditions to US until it gets Fethullah Gulen

Prime Minister Recep Tayyip Erdogan has said he will not turn over terror suspects until he gets the US-based cleric. He claims - amongst other things - that Gulen masterminded a failed coup in 2016. 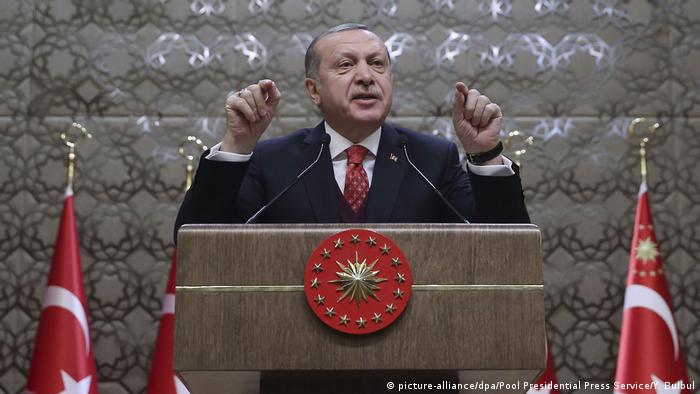 On Thursday, Turkish Prime Minister Recep Tayyip Erdogan announced that his country will no longer facilitate US extradition requests until Washington hands over US-based Turkish cleric Fethullah Gulen. Erdogan says the cleric is a "terrorist" and holds him responsible for orchestrating a failed coup attempt in Turkey in 2016.

"We have given the United States 12 terrorists so far, but they have not given us back the one we want. They made up excuses from thin air," Erdogan said at his presidential palace in Ankara. 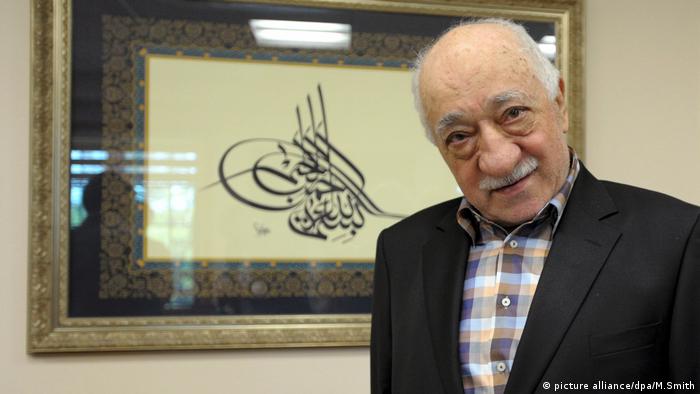 The US has denied repeated requests for Gulen's extradition, citing a need for evidence of his involvement in the coup. Erdogan vowed, "If you are not giving him to us, then excuse us, but from now on whenever you ask for another terrorist, as long as I am in office, you will not get them."

The two NATO partners have had strained relations of late, stemming from a number of issues including President Trump's recognition of Jerusalem as the capital of Israel, and most recently the conviction of a Turkish banker from the majority state-owned Halkbank on charges that he broke US sanctions laws by conducting business with Iran. Erdogan criticized the conviction as part of a "political coup attempt" designed to damage Turkey, and organized by the CIA, FBI and Gulen.

The most serious issues of contention, however, have been US support for the Kurdish YPG militia and its PYD political arm in Syria - both of which Ankara says are terrorist organizations - and the failure to extradite Gulen, who has been living in the US state of Pennsylvania since 1999. Turkish Foreign Minister Mevlut Cavusoglu cited both issues on Wednesday when he warned relations could deteriorate further.

Everyone is a suspect

In December of last year both countries lifted a three-month visa ban that was put in place after Ankara arrested two Turkish employees at a US consulate on charges that they had been involved in the coup attempt.

Turkey's post-coup crackdown has been severe, leading to the mass detainment and job dismissal of people accused by the government of having connections to what it calls the Gulen network. Some 55,000 people have been arrested in the purge that has followed the failed coup.

In a surprise decision handed down Thursday, Turkey's Constitutional Court ordered the release of two journalists, saying that their rights had been violated. Mehmet Altan and Sahin Alpay, who have been in jail for more than a year, were accused of having ties to terrorist organizations. An Istanbul penal court, however, later denied a request for the two to be released, in defiance of the higher court's order.

According to the Turkish non-profit press freedom website P24, 151 journalists are currently behind bars in Turkey, including German Journalist Deniz Yücel, who works for daily Die Welt.