Turkish President Recep Tayyip Erdogan has spoken out against the US proposal to arm Kurdish fighters in Syria. His comments came during a brief press conference in the White House. 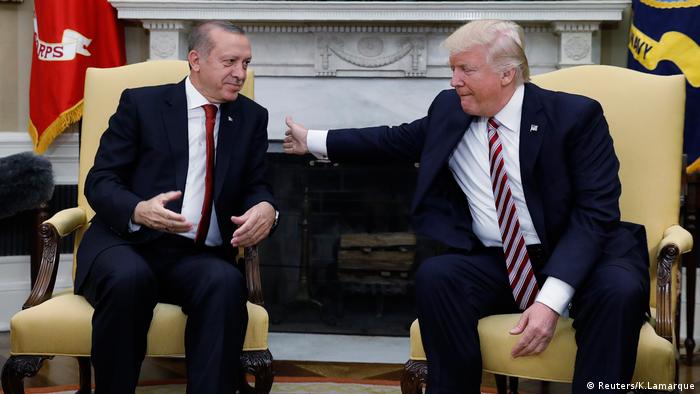 US President Donald Trump met face-to-face with his Turkish counterpart Recep Tayyip Erdogan for the first time in Washington on Tuesday, as questions mounted over Trump's meeting with Russian officials last week.

Speaking at a press conference in the White House, the two leaders praised their countries' enduring partnership over the years and sought to temper concerns that relations were strained over a number of key issues.

"We look forward to having a long and productive discussion," Trump said. "We've had a great relationship and we will make it even better."

Tensions rose after Washington said it planned to arm Syrian Kurdish fighters belonging to the People's Protection Units (YPG), a group that Washington has backed in the fight against the so-called "Islamic State" (IS) but which Ankara considers a terrorist group. 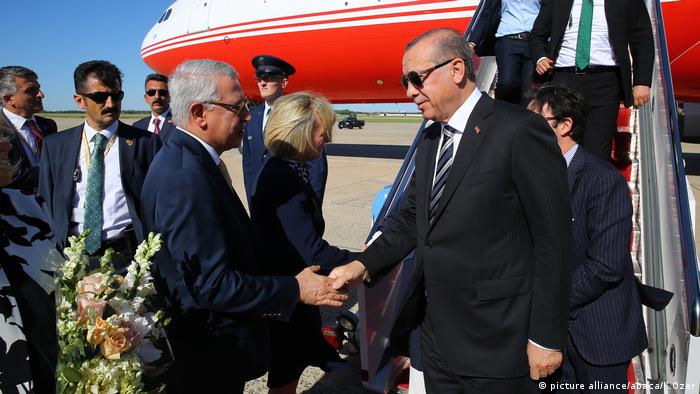 Erdogan threw cold water on the proposal in his statement at the White House, insisting that arming the YPG in Syria goes against international agreements.

"It is absolutely unacceptable to take the YPG-PYD into consideration as partners in the region, and it's going against a global agreement we reached," Erdogan said.

Trump for his part did not directly address the plans, instead reinforcing Washington's commitment to fighting IS and the outlawed Kurdistan Workers' Party (PKK) alongside Ankara.

The two leaders, who convened afterward for talks, are also expected to discuss the status of Fatthullah Gulen, a Islamic cleric currently living in the US whom Turkey wants extradicted in connection with a failed coup attempt in July 2016.