In Turkey, rapid urbanization and poor pollution control are impacting public health, according to researchers. They say the government is fully aware, and is punishing experts who've tried to warn the public. 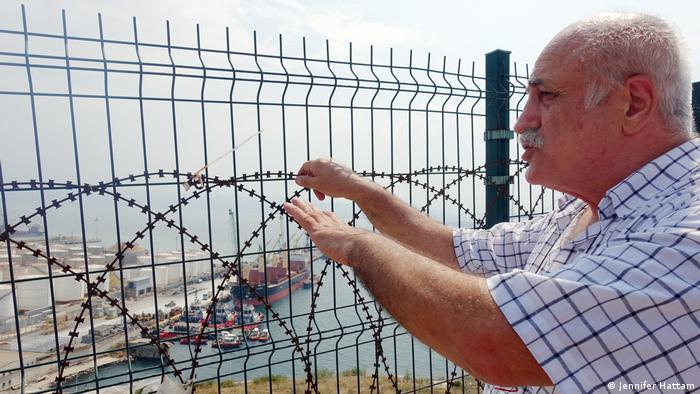 When Ismail Kaya (pictured above), a retired municipal worker and local activist, first moved to the northwestern Turkish town of Dilovasi in 1983, there were fruit trees everywhere — cherries, peaches, plums. People grew grapes and produced honey. They picnicked by the sea, where he remembers taking his young daughter to swim. She would cry, he says, because the water was too cold.

Today, that coastline has been consumed by an industrial port, lined by facilities manufacturing chemicals, paint, metal products and petroleum products, among others. Storage tanks and smokestacks sprout in the place of trees.

"Look, here are what we call the arc furnaces, where they smelt and process hot iron… All those places you see, they all release heavy metals," Kaya says as he drives a visitor around the town, pointing out paint factories, chemical plants and coal-processing operations. He suffers from chronic obstructive pulmonary disease, which is generally linked either to smoking — something Kaya says he hasn't done in 40 years — or to air pollution.

With more than 200 industrial facilities in a town of 48,000 people, Dilovasi is one of the most polluted places in Turkey, according to public-health researcher Dr. Onur Hamzaoglu, formerly a professor at nearby Kocaeli University.

He and his colleagues carried out a study published in 2011 that found local cancer mortality rates to be almost three times higher than both the national and world average: 32% of deaths in Dilovasi are caused by cancer, compared to 12.5% worldwide and 13% in Turkey.

Respiratory problems like Kaya's, including bronchitis and chronic asthma, are widespread among residents. 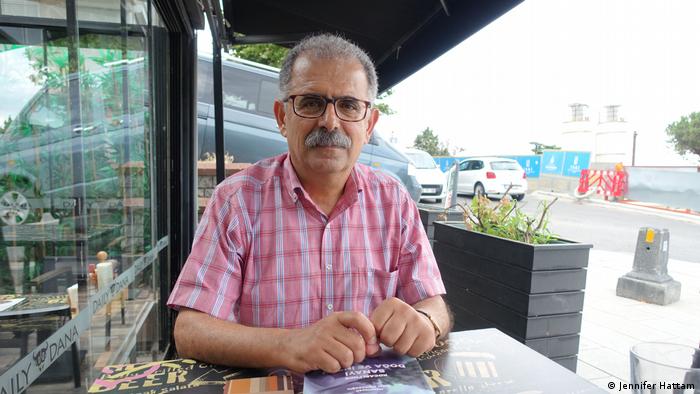 Dr. Onur Hamzaoglu carried out a study in 2011 which found local cancer mortality rates to be almost three times higher than both the national and world average

But in Turkey, where any kind of critical voices are increasingly being silenced, pointing out such dangers can itself be a risky endeavor.

Bulent Şik is a Turkish food engineer who is on trial, facing up to 12 years in prison on charges of procuring and disclosing prohibited information after he publicized data about health risks in a number of Turkish provinces, including Kocaeli, where Dilovasi is located. 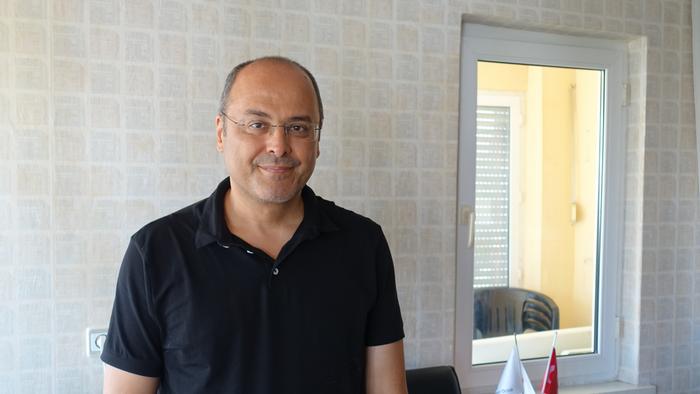 Back in 2012, Şik was hired by Turkey's Ministry of Health as part of a large team of researchers for an environmental-health study across five Turkish provinces with a collective population of at least 5 million. The team collected thousands of samples of soil, food, water and air to test for the presence of carcinogenic chemicals, heavy metals and other pollutants. At the end of 2015, they came together to discuss their findings.

"In that meeting, it was revealed that there was very serious pollution, especially in the water," Şik told DW.

Ministry of Health representatives told him the results would be published the following year. But when this failed to happen, he eventually decided it was his duty to inform the public. So, in 2018, Şik wrote a series of articles based on the study results and published them in the opposition newspaper Cumhuriyet. That's when he found himself under investigation — at the behest of the Ministry of Health.

"The ministry didn't say what was written in the Cumhuriyet newspaper, whether the information about the results obtained from the study, was wrong, or deny it. There was no such explanation, they accepted it all," Şik explained. "The only thing they did was open a case [against me] saying that the results were supposed to be hidden, that it was forbidden to disclose this information."

Environmental health is an issue of growing concern in Turkey, a country of 80 million people that has been rapidly urbanizing over the past few decades, according to Ali Osman Karababa, a public health expert and member of the Right to Clean Air Platform, a group of Turkish NGOs and professional organizations. 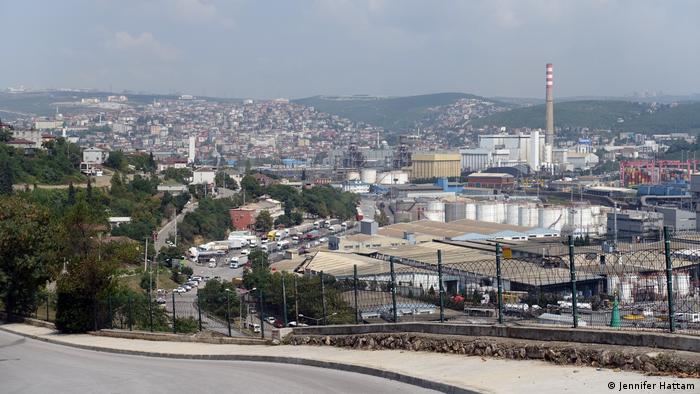 According to researchers, Dilovasi is one of the most polluted places in Turkey

"Dilovasi is a typical example of the urbanization-industrialization cycle in Turkey," said Karababa, who retired as a professor at Ege University in Izmir in 2017. He added that many companies, including operators of gold mines and coal-fired power plants, fail to pay the environmental and social costs of the pollution they generate because of lax enforcement.

"The preparation of Environmental Impact Assessment reports without sufficiently researching the effects of the investment on environmental and human health, and the approval by the Ministry of the Environment of almost all of these inadequate EIA reports has caused rapid deterioration of environmental conditions, and an increase in direct and indirect effects on human health," he told DW.

A May 2019 report by the Right to Clean Air Platform, "Air Pollution and Health Effects: Black Report," found that particulate-matter pollution levels in 53% of Turkey's 81 provinces exceeded national clean-air standards of 44 micrograms of PM10 per cubic meter of air, contributing to 30,000 premature deaths a year. Only one province's air is clean enough to meet stricter World Health Organization guidelines of 20 µg/m3.

Despite these serious health risks, Bulent Şik is not the first scientist to find himself targeted for raising the alarm about industrial pollution. Professor Hamzaoglu spent years researching public-health issues in Dilovasi, where he found high levels of heavy metals in the breast milk of local mothers and in the first feces of their newborn babies. After he released these findings in 2011, local officials filed a complaint against him, accusing him of trying to cause panic amongst the public. 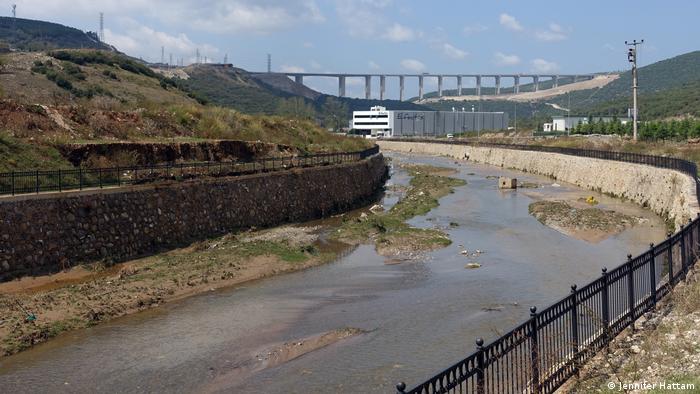 "My hair wasn't white like this before that," Hamzaoglu said. The former university department head described a pattern of harassment that affected not only him, but also his colleagues.

"In order to exclude me, we experienced a period in which the administration didn't give my courses any research funds, prevented us from going to scientific conferences, didn't give us any staff," he said.

That case against Hamzaoglu was ultimately dropped, but pressure on academics in Turkey has only increased since then.

Some 2,000 academics have been investigated since January 2016 for signing a peace petition critical of the government. Many, including both Hamzaoglu and Şik, have lost their academic jobs as a result and been essentially blacklisted from being hired elsewhere.

Some have even gone to prison; Hamzaoglu spent five months in jail in 2018 for signing the petition and was only acquitted this month after Turkey's constitutional court ruled that the academics' free-speech rights had been violated.

Following a failed coup attempt in July 2016, nearly 6,000 additional academics were dismissed from public universities on vague allegations of having ties to terrorist organizations. Since these dual purges began, research output by scholars in Turkey has dropped 28%, according to the U.S.-based academic-freedom advocacy group Scholars at Risk.

Both Hamzaoglu and Şik believe that their critical research helped make them a target. "There have always been these pressures on people like us, people working on environmental and public health… but these days they have become very severe," Şik says. "So many of our friends are on trial, with the cases against them continuing."

The next hearing in Şik's case is set to be held 26 September, when he is scheduled to make his final defense statement.

"For the people living in these areas, knowing if the food they eat, the water they drink, the air they breathe is unhealthy, if it contains health-damaging chemicals, is their most natural right," he says. "That's why we can't give up."

Air pollution linked to half million premature deaths in Europe

Air quality in Europe has improved in recent years due to better regulations and technology but remains an 'invisible killer.' The EEA said the results indicate it's time to double down on cutting air pollution. (30.10.2018)

One year on, Turkey's environmentalists embattled

Ever since the protests that split open Istanbul and Turkey last summer, a series of scandals have further rocked the country. Where does this leave Turkish environmentalists? DW takes a look. (27.05.2014)