Activists are protesting the construction of a Canadian gold mine in Turkey's Ida mountains. They say the project will harm one of the country's last major swaths of forest and will be devastating for the environment. 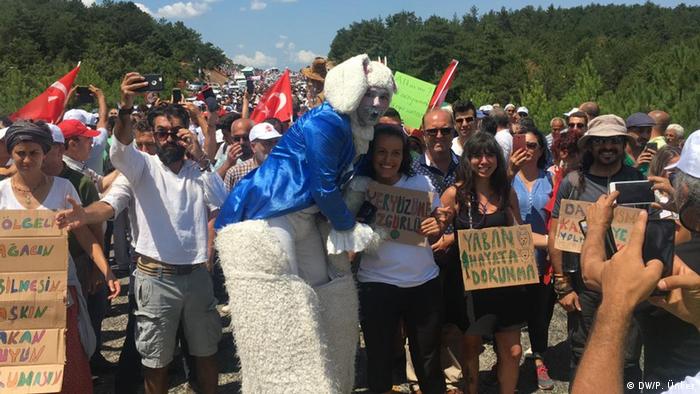 Turkey's Ida mountain range — located in the northwest of the country — is known for its rich biodiversity. Covered in untouched forest, it is home to countless species of plants, birds, insects and reptiles, some of them endemic to the region. It is one of the last remaining "green lungs" in a country with a rapidly growing population and economy that is gobbling up land and natural resources.

Large parts of the Ida mountains belong to a popular Turkish national park, but that could soon be history. Part of the forest near the village of Kirazli is being cut down to make room for a gold mine. Canadian mining company Alamos Gold is behind the project.

Locals are vehemently opposed to the project. Ten days ago, some 300 activists set up a protest camp near the cordoned off mine construction site. 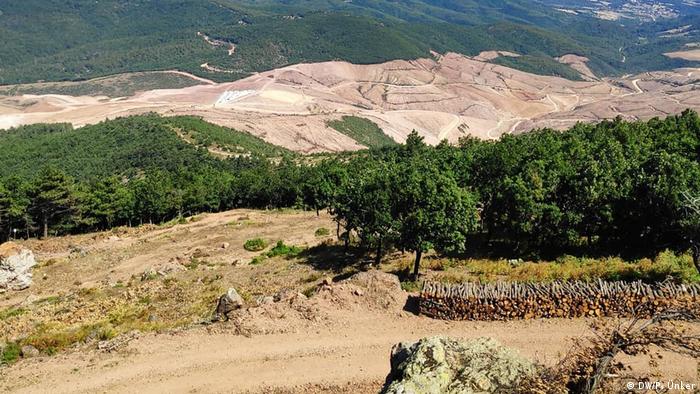 "We carry a responsibly for our country, and it will be hard to explain to coming generations what is happening here," says one of the activists as she looks over to the guarded site, visibly aghast at the largely denuded patch of forest where only a few spruce and oak trunks remain."This used to be a green oasis, but now they are turning it into a desert."

An elderly man who traveled from the nearby city of Canakkale to join the protest says he has come here to "stop the carnage" — as he calls the deforestation effort. "The nature in our region is pristine, and we know that the mine will damage it," he adds.

"If these trees are cut down the habitat of all these animals will be destroyed," says another protester. 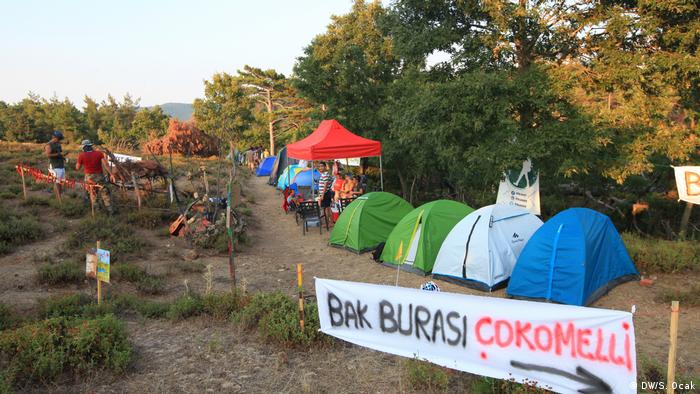 The activists' protest camp along the construction site is growing. There is a common area, multiple food stalls and even a market where villagers sell fruit and vegetables. Every day, the activists head to the construction site, brandishing self-made placards and loudly protesting against the planned mine. The Twitter hashtag #kazdaginadokunma ("Don't touch my Ida mountains") has so far helped to get 10,000 people to support their cause.

Reports that Alamos Gold has cut down many more trees than permitted has inspired more people to join the protest. At first, Turkish authorities had allowed some 45,000 trees to be felled, but then reduced this number considerably after consulting a study published in July. However, the TEMA Foundation environmentalist organization revealed with the help of satellite imagery that Alamos Gold has apparently cut down some 200,000 trees, despite these parameters. The fact that official government figures are far lower has only further outraged people in the area. 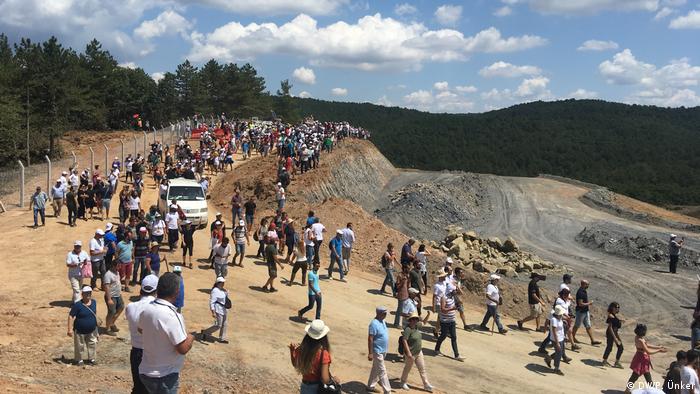 Activists fear the mine will have a devastating impact on the environment and contaminate the local fresh water supply. The mine is located just 14 kilometers (nine miles) from Atikhisar reservoir, the region's biggest fresh water source. Pinar Bilir, the head of Canakkale's environmental agency, warns that if cyanide is used to mine gold, the toxic chemical could end up polluting nearby rivers, the water reservoir and ground water. The deputy mayor of Canakkale, Rebiye Unuvar, has joined the protesters for this very reason, too. "We have made numerous attempts to get a court to stop the project but are still waiting for a verdict," he says.

Read more: Restoring forests in Mali — tee stumps could be the solution to disappearing woodlands

The Alamos Gold mine is not the first project of this kind in the Ida mountains. Turkey's Ministry of Agriculture and Forestry has reportedly issued hundreds of licenses to companies looking extract natural resources in the area. For environmental activists in Turkey, the fight is far from over.

A month after Russia and Ukraine agreed on a sea corridor to resume global exports of grain, high insurance premiums are just one issue. Experts have called for international support for Ukrainian farmers.

A "Vladimir Putin" chant rang out at a Champions League football match in Istanbul between Fenerbahce and Dynamo Kyiv. The incident was widely condemned and is now being investigated.