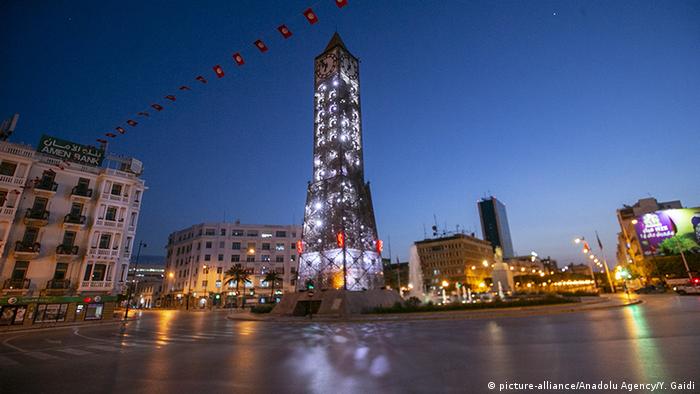 Ten years after the Arab Spring, Tunisians are asking themselves how much has changed

It's been 10 years since the fruit and vegetable seller Mohamed Bouazizi set himself on fire in the town of Sidi Bouzid out of despair for the way he and other young traders were treated by the police. His death sparked uprisings across the region that would become known as the Arab Spring.

Ten years later, many Tunisians are disappointed and have returned to the streets — as the social and economic situation has not improved as they had hoped. The uprising led to the ousting of the authoritarian Tunisian leader Zine El Abidine Ben Ali, who fled to Saudi Arabia where he died in 2019, and after him, other tyrants in the region were toppled as well, including in Yemen, Egypt and Libya. But their downfall has not necessarily lead to freedom and democracy; there has been repression and violence and in some countries, civil war.

In Tunisia, the hopes that emerged from the Arab Spring have been dampened. Though there is now a monument to Bouazizi in the center of Sidi Bouzid, it is often ignored by people just getting on with their lives.

The Arab Spring: What Went Wrong?

Amine Bouazizi, a blogger and historian who is not related to Mohammed Bouazizi, explained that the social fabric of Tunisian society was torn in many ways. But he said that the divides were not so clear cut, with supporters of the old regime on one side against those who supported the revolution. There was a lot of overlap, and there were gray zones, he said.

This is also the case in the town of Sidi Bouzid, where many residents are quite bitter; they do not see a marked improvement in their social and economic situation and feel that all the sacrifices and deaths were perhaps in vain. Some have the impression that there has been progress in other parts of the world and Tunisia over the past half-century, but not in their town. Such feelings are common across the country.

Protests and sit-ins are becoming increasingly frequent and they are attended by people from different political factions, with opponents of the post-revolution governments mixing with supporters of the old regime. Thousands of young people are leaving the country's poorer interior, where unemployment is much higher than the national average of 16%, to go to the poor suburbs of the capital Tunis or to bigger coastal cities such as Sfax and Sousse. On the coast, many will wait for a chance to cross the Mediterranean to Sicily. According to Tunisian NGOs, about 12,000 have attempted the crossing in the past 11 months.

Mohammed Bouazizi's family, including his mother and some of his brothers, immigrated to Canada years ago after being subjected to harassment.

A few days ago, in the run up to the 10th anniversary of Bouazizi's death, Tunisian Prime Minister Hicham El Mechichi, the head of a government coalition made up of various factions, met with representatives of civil society. However, the media expressed doubts as to whether the government was willing and capable of dealing with the challenges of the coming years. At the moment, the government faces a considerable protest movement and nationwide strikes. There have been road blockades and some key industries have come to a halt, for example in the oil and gas fields of Kamour in southern Tunisia. Protesters also brought the phosphate mines in the western state of Gafsa, which borders Algeria, to a temporary standstill.

These strikes have served to exacerbate an existing economic crisis compounded by the coronavirus pandemic.

The Tunisian Central Bank and the International Monetary Fund (IMF) have forecast a historic 7% drop in GDP this year, the worst figure since independence. The government will now be forced to accept help and additional loans from its European partners.

Though the political elite has said that it wants to maintain democracy in Tunisia, there are indications that the state's authority is waning, particularly in regions where protests and civil disobedience have been forceful.

As tensions rise, observers fear for Tunisia's national security and stability. More and more Tunisians are worried that their nascent democracy, their freedom of expression and the diverse activities of political parties and civil society — precisely the greatest achievements of the Arab Spring — could be at stake.