"I am Antifa" began trending in Germany after Trump said he might label the group a terror organization. Left-wing politicians hit back at the US president, while far-right politicians expressed support for the proposal. 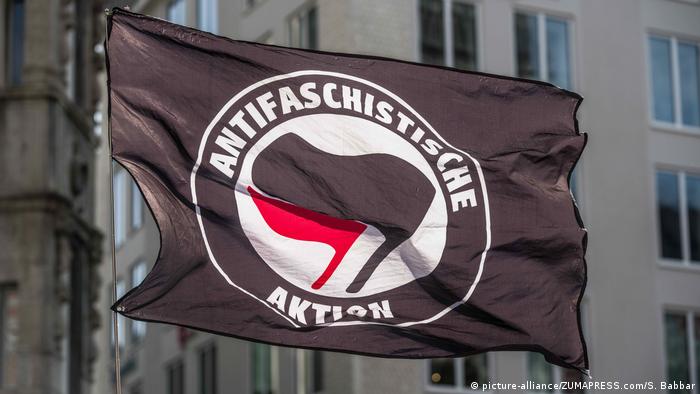 The hashtag #IchbinAntifa ("I am Antifa") began trending on Twitter in Germany on Sunday after US President Donald Trump said he was considering labeling the group a terrorist organization.

Antifa, which is short for anti-fascists, is a loose network comprised of radical left-wing activists that confront right-wing extremists, neo-Nazi groups and white supremacists.

On Saturday, the US president said that the new classification "would make it easier for police to do their jobs," and dubbed the anti-fascist group "gutless radical left wack jobs."

In response, German social media users and some politicians pushed back against Trump's remarks, with the "I am antifa" hashtag taking the number one spot on Twitter's trending list.

"I am Antifa always and every time. German history compels us to stand up against racism and fascism. On the street and in parliament," wrote Bernd Riexinger, co-chairman of the Left party.

Sven Lehmann, a Greens MP and the party's spokesperson for social and queer policy, wrote on Twitter that he supports Antifa because the group "often looked closely when people were devalued or attacked, where others looked away."

The hashtag sparked ire among politicians of the far-right Alternative for Germany (AfD) party, several of whom expressed support for Trump and called for a similar measure in Germany.

"If Antifa is finally classified as a terrorist organization in this country as well, then the currently popular hashtag 'I am Antifa' offers up a very rich pool of investigative leads in the fight against terrorism," AfD parliamentarian Jürgen Braun wrote on Twitter.

"Donald Trump is making it possible, thank you very much!" the far-right politician added.

"Violence as a means of political conflict must be prohibited and criminally prosecuted — this must be a democratic consensus that transcends party and ideological boundaries," the union wrote.

Although many Antifa members participate in peaceful protests, they have been criticized for believing violence is justified to combat racist or fascist groups.

The Anti-Defamation League, a leading Jewish group in the United States focused on hate crimes, describes Antifa as "a loose collection of groups, networks and individuals who believe in active, aggressive opposition to far right-wing movements."

Early anti-fascist groups in Europe fought against Nazi leader Adolf Hitler and Italian dictator Benito Mussolini. The modern Antifa movement began to take shape in the 1960s and became active in the US in the 1970s.

Recent clashes between left-wing and right-wing protesters in the US prompted conservative Republican lawmakers to propose classifying Antifa as a terrorist organization.