The White House plans to use emergency laws to curb Chinese investments in US technologies. Originally meant to fight rogue states and terrorism, the laws allow the president to block transactions and seize assets. 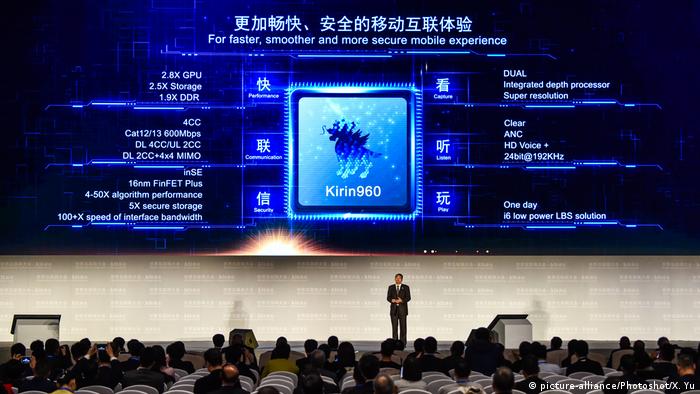 A senior US Treasury official has confirmed that Washington was reviewing the so-called International Emergency Economic Powers Act (IEEPA) to restrict Chinese purchases of and investment in US technology companies.

Heath Tarbert, an assistant secretary in the Treasury's international affairs office, said Thursday that US President Donald Trump was looking at invoking IEEPA as part of his crackdown on China's alleged theft of American intellectual property. The 1977 regulation is usually used to administer sanctions against rogue regimes and terrorist groups.

Speaking at an event of the Institute of International Finance — held on the sidelines of this week's World Bank and International Monetary Fund spring meetings — Tarbert said Treasury was also supporting a bipartisan bill that would expand the authority of the Committee on Foreign Investment in the US (CFIUS).

CFIUS is an inter-agency panel that reviews transactions for potential national security threats, vetting planned foreign takeovers on a case-by-case basis. US Congress is currently considering legislation that would expand CFIUS's remit to cover outbound investments in joint ventures in China and other countries. Tarbert noted, however, that the two measures must be seen independently.

"[IEEPA] that's a separate process that's ongoing, but the CFIUS office is not working on that. We have separate offices in Treasury which are considering those two issues distinctly," Tarbert said.

Trump is cracking down on what he sees as unfair trade practices by China. He has threatened tariffs on as much as $150 billion (€120 billion) in Chinese imports in response to intellectual property theft and forced technology transfer. But Beijing has retaliated by proposing tariffs on $50 billion of American goods, and pledging further action if necessary.

Under the IEEPA law, President Donald Trump could declare a national emergency in response to an "unusual and extraordinary threat," allowing him to block transactions and seize assets.

Apart from the effort to gain such wider powers, the Trump administration is already considering investment restrictions on Chinese firms after releasing results of its investigation into China's IP practices last month.

By the end of May, Treasury Secretary Steve Mnuchin is supposed to come up with executive action to address concerns about investments in the US "directed or facilitated by China in industries or technologies deemed important."

Treasury officials are working on plans to identify technology sectors in which Chinese companies would be banned from investing, such as semiconductors and so-called 5G wireless communications.

The new measures would likely deepen a slowdown in Chinese investments in the US since Donald Trump came to power. Chinese foreign direct investment (FDI) into the US fell to $29 billion last year from a record $46 billion in 2016, according to Rhodium Group — a consultancy that tracks investment flows between the world's two largest economies.

China state-supported companies such as Tsinghua Unigroup have already dropped plans to buy or invest in American technology companies. Yet private sector companies, led by Tencent, Alibaba and Baidu have remained been active in the American market.

Tencent has invested in more than 50 companies in the country in the last five years, including in artificial intelligence (AI) startups like ObEN, biotech companies such as Locus Bioscience and satellite equipment developer Satellogic.

But the legislation to reform investment and acquisition policies has also run into opposition from major business groups, including IBM and GE, which are concerned that the proposed measures on outbound investment are too broad.