The Obama-era rule sought to prevent transgender people from facing sex discrimination by doctors and hospitals. Democrats and human rights groups are calling the rollback a "shocking attack" on vulnerable communities. 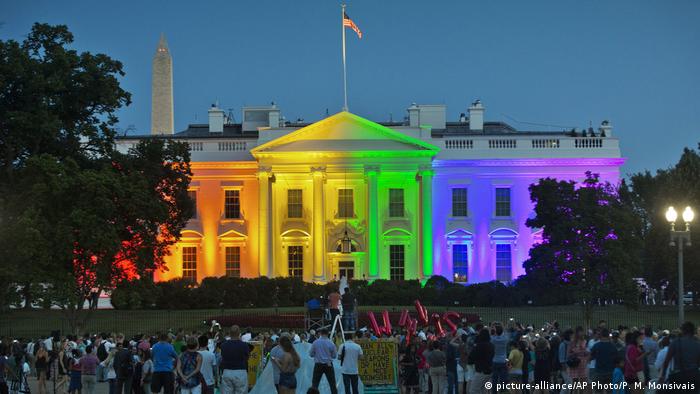 The Department of Health and Human Services (HHS) said the change meant it would bar sex discrimination based on "the plain meaning of the word 'sex' as male or female and as determined by biology."

The new rule reverses previous protections enacted under Barack Obama in 2016, which recognized the broader idea of gender identity — someone's internal sense of being male, female, neither, or a combination.

LGBTQ groups have stressed that transgender people need explicit protections from discrimination, whether they are seeking sex-reassignment surgery or treatment for illnesses such as diabetes.

The announcement of the rollback came in the middle of LGBTQ Pride Month, and on the four-year anniversary of a mass shooting at a gay nightclub in Orlando, Florida, in which 49 people were killed.

Besides erasing transgender protections, the new rule also eliminates anti-discrimination safeguards for patients with a history of pregnancy termination.

While Trump's conservative religious supporters have welcomed the action, it has been slammed by Democrats, human rights campaigners and medical groups.

"The Trump Administration's latest shameful rule is a shocking attack on the health and well-being of countless vulnerable communities, including women, LGBTQ individuals and people of color, at a time when access to quality health care is more important than ever," top Democrat Nancy Pelosi said.

The American Medical Association also criticized the move: "The federal government should never make it more difficult for individuals to access health care, during a pandemic or any other time," Susan Bailey, the group's president, said.

The rights organization American Civil Liberties Union (ACLU) said it would fight the new regulation, which it warned would "embolden health care discrimination against transgender people and those seeking reproductive health care."

In a statement, the HHS said the rule would continue to enforce "federal civil rights laws on the basis of race, color, national origin, disability, age, and sex."

The department also said the change would help save $2.9 billion (€2.5 billion) in "ineffective regulatory burdens over five years."

More than 1.5 million Americans identify as transgender, according to the Williams Institute, a California-based think tank that focuses on LGBT policy.

Polling company Gallup says some 4.5% of the US' 328 million population identify as lesbian, gay, bisexual or transgender.

Also, an estimated 1-2% of US residents are born intersex, when someone's reproductive or sexual anatomy doesn’t fit the boxes of “female” or “male.”

It’s the 50th anniversary of the Stonewall uprising. The riots and ensuing protests are credited with spurring the US gay rights movement, but five decades later, those who were there say there's more work to do. (28.06.2019)

The German Cabinet approved a bill to ban the advertising or offering of "conversion therapy" to transgender and gay people. The proposed legislation was expanded to include 16- to 18-year-olds. (18.12.2019)