Plagued with power struggles and in-fighting, the so-called Troika of EU Commission, EU Central Bank and IMF faces its own internal woes and external criticism as it audits loan recipients in Europe. 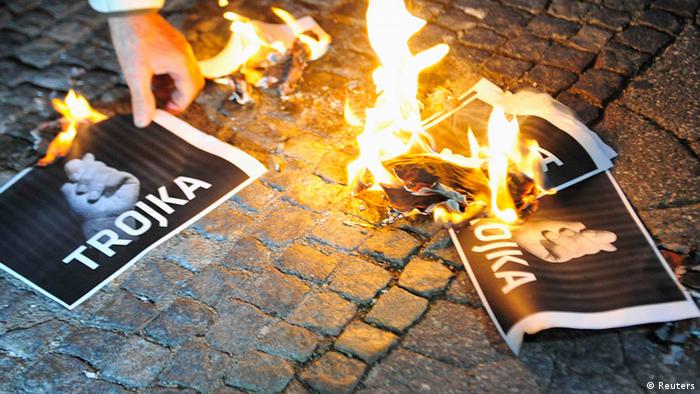 Under attack from all sides, inspectors from the European Commission, the European Central Bank and the International Monetary Fund, known as the "Troika," met with Greek government officials in Athens this week to negotiate budget gaps and discuss Greece's fiscal management of current bailout funds totaling 240 billion euros ($324 billion). If requirements are met, Greece will be granted another one billion euros ($1.35 billion) in rescue loans.

Patched together in 2010, the "Troika," was set up to monitor the financial situation as Greece teetered on the brink of insolvency. But some are beginning to question whether cracks in the trilateral partnership are hindering the Troika's effectiveness.

During the recent audit of Greece, members of the European parliament (MEPs) attacked the Troika's opening observations. "It is like hearing the spokespersons of Alice in Wonderland! Your forecasts have been worse than the worst weather forecast I ever heard", said Belgian MEP, Dirk Jan Eppink. 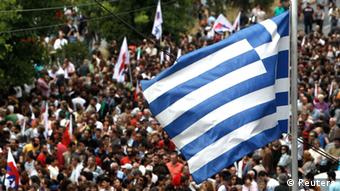 Greek citizens took to the street in a wave of anti-austerity demonstrators. Greece's largest public and private sector unions shut down much of the country with strikes. "The government and the Troika are destroying this country," port workers said in a statement.

Similar movements have sprouted up throughout Europe in Spain, Portugal, Slovenia, including Germany in early June when 7,000 protestors gathered near the European Central Bank headquarters in Frankfurt carrying signs that said "Make Love Not Money" and "Troika, IMF, get out of Greece."

The Troika a 'political catastrophe'

Protestors aside, three years into the partnership even members of the European Commission have been critical of the aftermath, calling for the Troika's disbandment. At a meeting in July, European Commission vice-president Viviane Reding criticized the IMF's lack of transparency and called for the partnership to be dissolved. Reding's spokesperson, Mina Andreeva, said Reding maintains the sentiment. In an interview with Greek newspaper Kathimerini, Reding questioned the democratic legitimacy of the IMF. 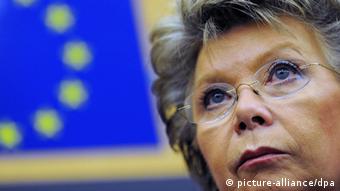 Reding: 'The Troika should be abolished'

"European citizens do not trust the Troika," Reding said. "And they are right: Fundamental decisions, for example on whether to fire tens of thousands of public employees, should not be taken behind closed doors. They should be debated in the directly elected European Parliament."

Yves Bertoncini, director of the Notre Europe - Jacques Delors Institute think tank, takes Reding's criticisms a step further. He told DW that the image of the European Union has been transformed completely in countries like Greece or Portugal: "The troika has been a political catastrophe for the European Union."

Bertoncini acknowledges that the IMF has a tough job - none of the countries wants an outside agent coming in to call the shots. As a result, "the countries in the program have de facto lost their sovereignty because the financial markets could not lend them any more money at a reasonable price. Then they had to borrow money from the creditors, from the IMF and mainly from the EU, and they had to comply with very severe reforms for this compensation."

Tensions boiled to the surface earlier this year when the IMF released a report critical of the European Commission and European Central Bank's collaboration on Greece, stating there should have been greater emphasis on structural changes and that rescue efforts should have been deployed sooner - but had been hindered by European officials. Olli Rehn, the European Commission's economic chief rejected the report's criticism, calling it unfair of the IMF "to wash its hands and throw the dirty water on the Europeans.” 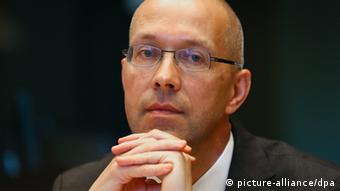 Asmussen: 'It's not an ideal partnership, but we can't give up in the middle of a crisis'

Although Germany has supported the IMF's aid so far, German Finance Minister Wolfgang Schäuble has admitted that the IMF's current role is not a permanent solution. European Central Bank policymaker Jörg Asmussen told the European Parliament that he would like long-term European alternatives to be considered but "there is, in the short-term, no functional alternative to the Troika."

A spokesperson from the European Central Bank told DW that Asmussen's Euro-centric approach is more sustainable. "For a future arrangement, the ECB would like to look for more institutional solutions, which would make it possible for IMF to be involved in some shape in form. It would be more of a European community approach. But as Jörg Asmussen said, there's no point changing anything in the middle of a crisis."

However, the Troika has no choice but to change in the coming year, says Jacob Kirkegaard, senior analyst at The Peterson Institute for International Economics. With the European Central Bank set to take over European banking regulations in October 2014, the analyst said the arrangement would present a conflict of interest.

"The ECB [European Central Bank] can't be sitting on both sides of the table," Kirkegaard said. "If you go in to reform the Greek banking system, right now you're negotiating with the Greek government. As we go forward, it won't be the Greek government, it will be the ECB. That's why the ECB will have to leave the Troika."

Jacob Kirkegaard said the tensions between the eurozone and the Washington DC-based IMF are understandable The IMF isn't used to playing a junior partner role, he said, adding that Europe sought out the IMF for its expertise in handling crisis situations but still has some lessons to learn.

"Do I think the eurozone has a credible case to run the program? Quite frankly I don't," Kirkegaard said. "Even though from an institutional standpoint, they would really like to do so." 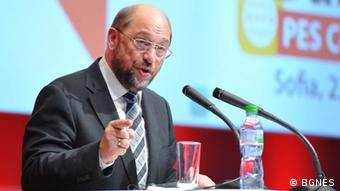 Yves Bertoncini named Martin Schulz, above, one of the EU's 'political faces' who can handle future crises

Yves Bertoncini disagrees. Although IMF expertise was necessary for the initial implementation, the EU should be able to manage any future bailout programs itself.

"The Troika is a kind of denial of democracy. We have European elections for this," Bertoncini said, listing current EU parliament members representing a broad political spectrum. "We need political faces implementing political activities. No Troika, no technocrats, which is absolutely needed to breathe some fresh air into European politics. The confrontation of different alternatives is democracy."

Parliament is expected to approve the establishment of a committee led by Austria's Othmar Karas and France's Liem Hoang Ngoc looking into the Troika's workings. But until then, Greece's funding still hinges on the report of the powerful - albeit controversial -Troika.

Russians who lost their deposits in the Bank of Cyprus under the EU's bailout conditions got shares in return - and ended up holding the majority of the bank. For many Cypriots that's not necessarily a bad thing. (18.10.2013)