Ireland turns corner from crisis to recovery | Europe | News and current affairs from around the continent | DW | 16.10.2013

Ireland appears on track for an economic recovery. Yet as the Celtic Tiger gets ready to leave the bailout program by the end of the year, the country still has long hard road ahead. 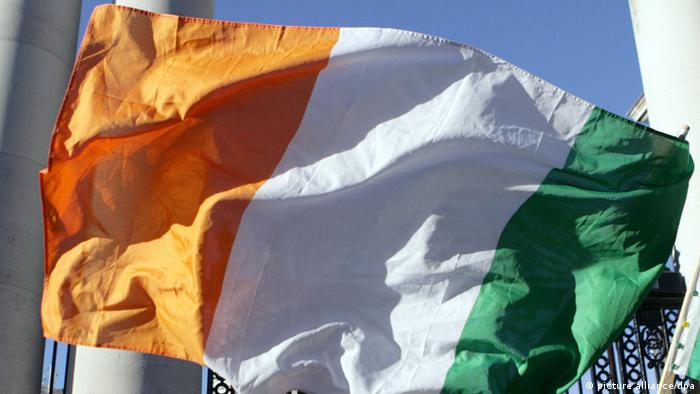 Ireland launched its seventh successive austerity budget on Tuesday (15.10.2013), paving the way for the country's exit from an international bailout program by the end of the year.

"We are well on course to do this and as the economy continues to grow and jobs continue to be created, we have a fair wind on our backs to achieve our objectives and restore our sovereignty," Finance Minister Michael Noonan told parliament.

The budget came just after Prime Minister Enda Kenny over the weekend announced the exit from the bailout. "At last, the era of the bailout will be no more. The economic emergency will be over," Kenny said, conceding that there still was "a long way to go" with "fragile times ahead."

"I wouldn't say it's necessarily seen as good news, but it's definitely seen as a relief that there is no more bad news," Philip Lane of Trinity College Dublin told DW. "There is a sense that there is a corner being turned. Employment has grown quite quickly this year and in Dublin housing prices have been growing quite strongly. There are kind of positive developments and people can see that." 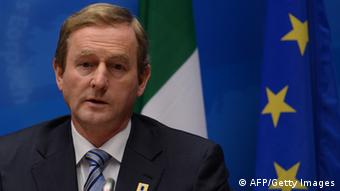 Since the mid-1990s, Ireland had been the European Union's wunderkind, a country that flourished in the fold of the European club and with an economy that was held up as an example across the board. The "Celtic Tiger" was booming double-digit growth from sectors like building and real estate to banking and IT. But when the global financial crisis came, Ireland was hit hard.

After the overheated property market went into meltdown and banks collapsed, Dublin was forced to turn to the EU and International Monetary Fund (IMF) for an 85 billion euro ($115 billion) bailout in 2010.

With the bailout came the pressure to implement harsh austerity measures. But unlike in Greece, for instance, there has been little unrest - let alone riots - in Dublin. The government stuck to a few fundamental principles, managing the cuts in "a progressive way," said Lane.

"One was protection of low income groups," he said. "There've not been cuts in the old age pension or the core welfare payment to the unemployed. Everyone's paying more taxes, but the really big tax increases are on the upper income households."

Pay cuts in the public sector, for instance, were seen in the context of very big pay increases in the previous years. So despite the cuts, many public sector workers said they understood that they were still well paid in the European context. "This boom-bust cycle is unpleasant, but it's still the case that pay-levels remain relatively good," Lane explained. 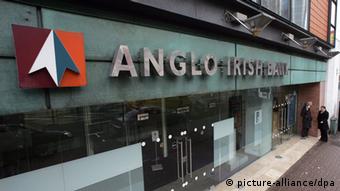 Even after the collapse, Ireland remained the EU's poster boy. Out of all the other countries that needed a helping hand from Brussels, Ireland was the one that seemed to cope best while Portugal, Greece and Cyprus are still struggling, possibly even requiring further bailouts.

While Ireland's crisis began already in 2007 and therefore some two years before southern Europe was hit, this headstart is not enough to explain why Dublin has managed relatively well.

"One of the main factors behind the success here in Ireland is that the vast majority of the electorate and the political system agree that austerity was necessary," Lane explained. "We know that in Greece there are repeated conflicts between the different political party. And also in Portugal there's conflict over how much austerity is necessary. So the analysis was shared and everyone agreed that this is something we need to do. So there is a very strong sense of solidarity across the population."

Another aspect that set Ireland apart from Greece and Portugal is that although austerity has had negative effects on the level of economic activity, Ireland had an escape route, namely the country's the large export sector.

Global companies operating out of Ireland sell their goods and services on international markets and are not affected by weak domestic demand, while Portugal and Greece are much more isolated economies. Ireland is plugged into global markets, which gives investors more confidence that the country will be able to continue its recovery.

"Investors, for various reasons, believe that Ireland will grow; that Ireland is going to be able to service its debts. They don't believe that that's the case with Portugal or Greece and they have doubts with one or two other countries," Simon Tilford, deputy director of the Center for European Reform in London, told DW. 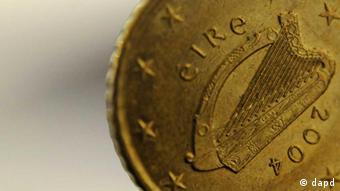 Ireland's long been a eurozone success story. Even under the bailout program its lauded as a role model

"Ireland is a very small and very open economy, with very high levels of social cohesion a very big safety valve in terms of emigration," Tilford added. "Unemployment is high, but it would be much higher without it. They think that it's an economy that can and will be able to boost exports sufficiently to offset the weakness of domestic demand."

But while the strong export sector is boosting growth, it also means that Ireland is extremely sensitive to global developments. Trade with Europe, the UK and the US means that any volatility on those markets will immediately affect the Irish economy.

Many of the international companies that have come Ireland are US companies, in effect re-exporting back to the United States. That means changes in tax laws or just generally a slow-down in the US or big movement in the euro-dollar exchange rate are risks that might affect Ireland more than it would affect other eurozone countries.

A role model for southern Europe?

At first glance, the success in Ireland appears to confirm Brussels' and Berlin's insistence on austerity. Pushing the bitter medicine of austerity has naturally proved somewhat unpopular in the countries affected, and there still is controversy across the eurozone whether austerity stifles or helps countries.

"The EU will certainly try to sell it as a success story because they need one," explained Tilford. "I don't think it's particularly credible. I don't think it makes sense to talk of a success story when an economy is 10 percent smaller than it was and has seen its debt stock relative to GDP rise by 100 percentage points of GDP, which is experiencing mass emigration and mass unemployment at the same time. If you think that's a success it begs the question what failure would have looked like."

Ireland is still heavily indebted and the exit from the bailout by no means will spell the end of hard times for the Irish. Ireland's banks will face the EU stress test next year and there already warnings that they might need a extra money to help them stay afloat.

But for most Irish, the end to the bailout means that there is light at the end of the tunnel and that their economic situation will eventually get better. Construction output - once the economy's main driver - is slowly recovering, unemployment has gradually fallen. Property prices are rising again and polls show consumer confidence is up.

"Unemployment is still 13 percent," Lane cautioned. "It's coming down but I think one big criterion is when unemployment gets back down to mid-single digits. I think that this will probably still take five to 10 years. The history of financial crises is that it takes 10 to 15 years to get back to normal. We have got five years down and it's probably another five to 10 years of not crisis but recovery."

Euro crisis could return this fall

Debate has been raging over new aid for Greece, and EU finance ministers are grumbling again about a number of other problems. Is the euro crisis on its way back? (17.09.2013)

Ireland's prime minister has told his party conference that his country will become the first eurozone member to exit an international bailout in December. However, he said there is still a long way to go. (12.10.2013)

German chancellor Angela Merkel has slammed the conduct of some Irish bankers who were caught on tape joking about an EU bailout. Merkel has called their attitudes an insult to all hard-working people. (28.06.2013)