Three men accused of plotting to bomb the Danish newspaper, Jyllands-Posten, for printing cartoons of the prophet Mohammed pleaded not guilty in a Norwegian court on Tuesday. 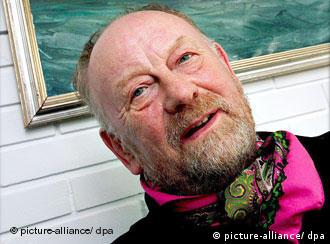 The trio of Norwegian citizens, believed to have ties to al-Qaeda, is suspected of planning an attack and acquiring ingredients to make explosives to bomb the Danish Jyllands-Posten newspaper for printing cartoons of the prophet Mohammed, which is considered blasphemous in Islam.

They have been charged with "conspiracy to commit a terrorist attack." If convicted, the men face up to 20 years in prison.

The men, who were arrested in July 2010, had bought bomb-making materials, including hydrogen peroxide and acetone, which police discovered in a cellar belonging to one of them.

The men have been identified as Mikael Davud, a Norwegian of Uighur origin, Shawan Sadek Saeed Bujak, an Iraqi Kurd residing in Norway and David Jakobsen, an ethnic Uzbek also living in Norway.

During earlier interviews, Davud and Bujak had both admitted that they were planning an attack, although their versions have differed on the target. Davud had claimed the target was the Chinese embassy in Oslo, while Bujak had said it was the Jyllands-Posten newspaper. 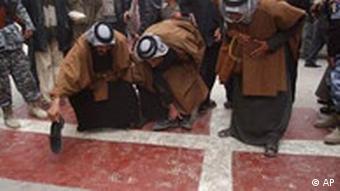 Iraqi Muslims stomped on a painting of the Danish flag, denouncing the cartoon

Jyllands-Posten was the first of several European publications in 2005 to print cartoons lampooning Mohammed, sparking violent protests in the Middle East and Africa, and generating a widespread debate about freedom of the press.

The most controversial cartoons were illustrated by Kurt Westergaard, which featured Mohammed with a bomb under his turban.

Since the cartoons were published, Westergaard and the Danish newspaper have been the targets of numerous threats from Islamist circles. Westergaard was the victim of a murder attempt in January 2010, when an ax-wielding man burst into his home. He now lives under round-the-clock protection.

The trial in Oslo comes less than two weeks after the offices of the French satirical weekly Charlie Hebdo were firebombed in Paris as it published an edition featuring Mohammed as “guest editor” on the cover.

A Somali-born man has been given a nine-year jail term for attacking a Danish cartoonist whose depiction of the prophet Muhammad sparked outrage in the Muslim world. Judges said the attack was an act of terrorism. (04.02.2011)

Fire has gutted the Paris office of the French satirical magazine Charlie Hebdo on the very day it published a special issue with the name "Charia Hebdo," a reference to Islamic Sharia law. (02.11.2011)