Traveling to Germany ′breaks down prejudices,′ new stats reveal | Germany | News and in-depth reporting from Berlin and beyond | DW | 10.03.2010

Germany's central tourist board recorded 360 million overnight stays in Germany this year. While most tourists are still German, more and more foreigners are discovering the country. 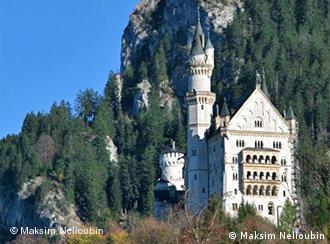 Germany's castles are still among its biggest draws

New figures released by the Frankfurt tourist board reveal some of the preferences and origins of those traveling to Germany. It seems that travelers in Germany are still around 80 percent German, but more and more foreigners are visiting the country. Many don't have far to come - 14 percent come from neighboring countries, while the US and Asia account for just two percent.

But since 2003 there has been a relative boom in visits from the Middle East and Asia - last year alone there was a 12.9 percent rise in travelers from these regions. The number of Chinese visitors to Germany even tripled, and is expected to double again by 2015. And Asian visitors - who spent a total of six million nights in Germany last year - were apparently the most satisfied with their trips, particularly enjoying Germany's breadth of cultural history. 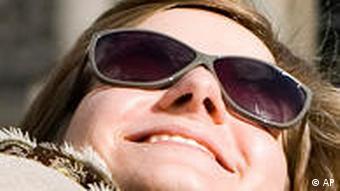 Germany is not necessarily considered a particularly romantic destination - couples are more an exception than a rule. Yet, the reasons for traveling are more personal than business. But both men and women seem to prefer tours and quick city breaks, while the average holiday is seven days long. A lot of traveling is done on Germany's roads, and the famously efficient Autobahn continues to attract much praise.

While the nation's coastal regions are generally better-liked than Germany's mountains, Bavaria is still the most visited of Germany's 16 states, followed by Baden-Wuerttemberg and North Rhine-Westphalia. Berlin is the tourist market leader among the cities, with seven million visitors (more than twice its population) per year, while Munich attracts 4.5 million, Frankfurt 2.5 million, and Cologne and Hamburg 1.5 million each.

Germany's classic sights - the fairytale castles and the houses of famous artists, authors and composers - are still among its most-loved destinations.

According to tourist board employees, a surprisingly common question among tourists is not 'Where is the nearest cheap restaurant?' but "Where is the nearest church tower?' as this is considered the best vantage point to get a lay of the land. This comes despite the fact that all local tourist information centers now distribute maps, and the amount of information available online has increased exponentially, as tourist boards try to keep serve the 70 percent of people who book their German holidays online. 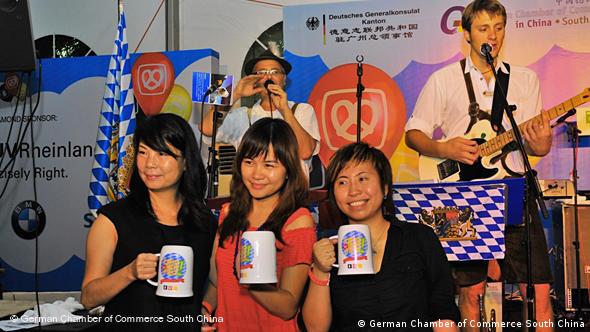 Foreign visitors to Germany praise its extensive nightlife options and the reasonable hotel prices. An average night in a German hotel costs between 100 and 120 euros ($136 - $163), while a night in a Parisian hotel costs 180 euros on average, and in Moscow as much as 250 euros. This could explain why only six percent of those visiting Germany from abroad use its camp sites.

A visit to Germany defeats prejudice

According to the German tourist board, cliches about the Germans do not survive long on a trip to Germany. Many of the tourists questioned said they had had an image of Germans as cold and impatient, based on an idea that the language sounded "hard." But many actually found the Germans to be relatively relaxed and even able to display self-deprecating humor.

Many tourists also corrected their food-based cliches about the "best beer in the world" and "meat and sauerkraut" on their Teutonic travels. Munich's Oktoberfest still guides people's impressions of the types of food and drink eaten by the average German.

As the world's biggest travel trade fair, the ITB, opened its doors in Berlin, Germany was upbeat. The country's tourism industry managed to sail through the financial crisis in 2009 relatively unscathed. (10.03.2010)

A Czech tour operator is launching what looks like a world first for tourism – holidays for cuddly toys. Starting from 90 euros you can treat your teddy bear to a luxury holiday complete with photos. (05.03.2010)

Berlin hopes to keep packing in tourists, buck the downturn

Berlin's unofficial slogan "Poor but sexy" attracted a record level of visitors in 2008. Can the German capital draw similar numbers this year as the global economic crisis hammers tourism worldwide? (11.03.2009)