Transnistria — not on the international community′s map | Europe | News and current affairs from around the continent | DW | 15.10.2017

Transnistria — not on the international community's map

What is it like to be born in a country not recognized by the international community? Welcome to Transnistria, a disputed region in the east of Moldova, where DW talked to photographer and native Anton Polyakov.

DW: You were born the year the Republic of Transnistria was proclaimed. When did you first realize that you were a Transnistrian and not a Moldovan?

Anton Polyakov: My mother was born in Siberia and my father in Ukraine, and I was born in the region called Pridnestrovie – or Transnistria as it is known. I spent my whole life here, so I can hardly consider myself a Moldovan. Calling myself a Transnistrian is simply the closest to the reality of my life.

Transnistria is a very young country which, in my opinion, has not yet established its own cultural or national values – it is a mix of Moldovan, Ukrainian, Russian and Soviet, so it is hard to say what it feels like being a Transnistrian.

Furthermore, the establishment focuses on promoting this multiculturalism but paradoxically relies heavily on endorsing patriotism and love toward Russia. But, thanks to the internet where anyone can find an individual way of life and thinking, such efforts fall on deaf ears, especially among young people.

Calls for internationally recognized independence are not diminishing in Transnistria, however.

We are frozen in an on-going conflict. Transnistria has been a primarily Russian-speaking territory since the 18th century while the only official language in Moldova, to which the region still de jure belongs, is Romanian.

This language discrepancy sits at the core of the problem because, naturally, people have always felt more Russian than Moldovan here. Many people still speak Moldovan or Ukrainian in the countryside, but the main inter-ethnic communication takes place in Russian.

So Transnistria, unlike Moldova, did not want to leave the Union of Soviet Socialist Republics when Moldova declared independence in 1990 but was forced to because it belonged under Moldovan jurisdiction.

Then, when the Soviet Union collapsed in 1991, Transnistria sought its sovereignty and even started an open conflict with Moldova in 1992. The war did not escalate only thanks to the intervention of Russian troops.

What is the role of Russia in the region today?

Russia has been providing constant financial support to Transnistria and many people perceive it as the peacekeeping force of the region. Russian soldiers came in 1992 to resolve the Transnistrian War and have been stationed here ever since.

Russian TV channels are broadcast here, kids in schools learn from Russian textbooks, and many pensioners even receive Russian pension. If you look at the results of the independence referendum from 2006, more than 90 percent of the population voted for independence and subsequent accession to Russia.

Why do you think Transnistria has not been able to get sovereignty?

Transnistria is not perceived as a self-sufficient state. We are still largely dependent on support from Russia, which is the main reason why society does not have a chance to develop and why the region is still not an independent political player. 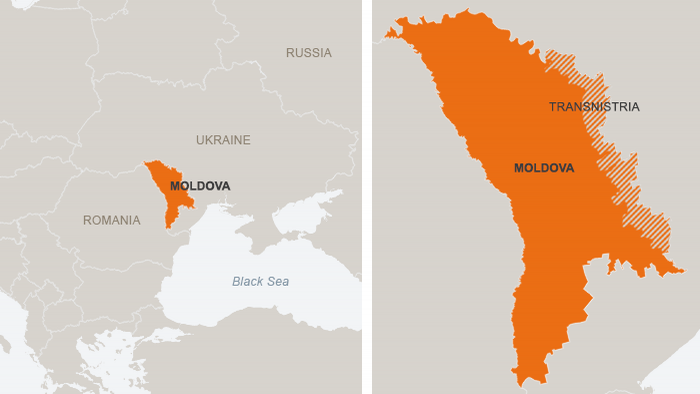 The Transnistrian government issues its own passports, but the republic is only recognized by Abkhazia, South Ossetia, and Nagorno-Karabakh – another disputed, unrecognized territories and remnants of the dissolution of the Soviet Union. Is it possible to travel out of the country?

I went to Abkhazia recently, and that was a unique case when I could use my Transnistrian passport. But to go there, I needed to enter Russia first, which is impossible with a Transnistrian passport, of course. Therefore, many residents have one, two or even more passports so that they can leave the country.

I live in Tiraspol, the Transnistrian capital, which is a small city of 120,000 inhabitants. I do not think life here is much worse or better than in other provincial cities in Russia or other post-Soviet countries: People go to work in the morning and watch Russian TV shows or go out in the evening.

After the collapse of the Soviet Union, collective farms in the countryside were shut down, so people lost their jobs and began to move massively to the cities. For them, living in the Soviet Union was the happiest time of their lives. The countryside is becoming desolated and depopulated, and you'll find only children and old people there.

But Transnistrians have also begun to leave the country recently due to the unstable economic and political situation. There is no cultural life and no opportunities for young people, so they go to Russia or farther abroad to find a better life.

Funnily enough, many choose to return to Transnistria when they see that life in the neighboring countries is not better. Despite all the political and economic problems, it is still quite safe to live in Transnistria.