Armed with flame torches and special vacuum cleaners, towns across Germany are trying to fight back against a plague of oak processionary caterpillars. Their hair can cause painful rashes and even trigger asthma attacks. 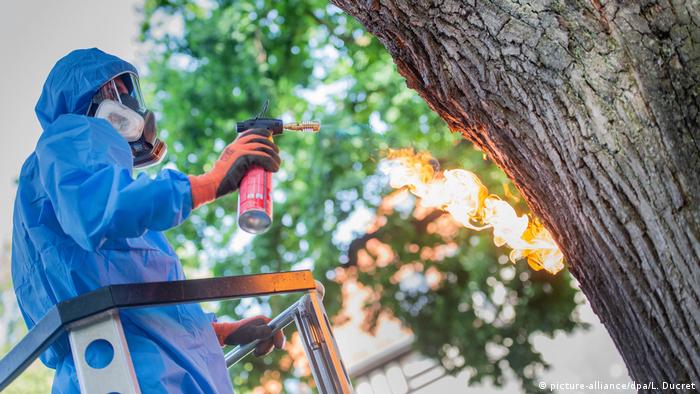 Oak processionary moth caterpillars have returned with a vengeance this year, prompting restaurants, swimming pools and schools across Germany to close.

Fine, long hairs on the caterpillar's body contain an irritating toxin that causes itchy, blistering rashes, which can last for weeks.

The hairs can cause people to feel dizzy or feverish and bring on breathing difficulties that could lead to asthma attacks in extreme cases.

Cities and towns in the western German state of North Rhine-Westphalia are suffering particularly, as this year's oak tree infestation has been larger than expected.

Last week, six people had to undergo eye operations in the western city of Münster to remove the caterpillar hair that got stuck on their corneas. 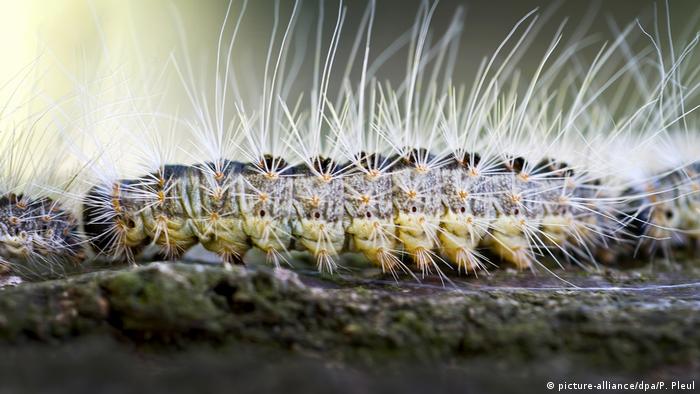 A swimming pool in Dortmund has been closed since the beginning of June due to the caterpillars, while nine children in Mülheim had to be treated after they suffered from allergic reactions sustained during a sports festival.

"It's terrible everywhere," Thomas Schwolow, an administrator in the municipality of Issum, where numerous trees have been affected, told Rheinische Post.

"It would be great if it would rain so that at least all the hair on the leaves and in the air could be washed away," Schwolow added. 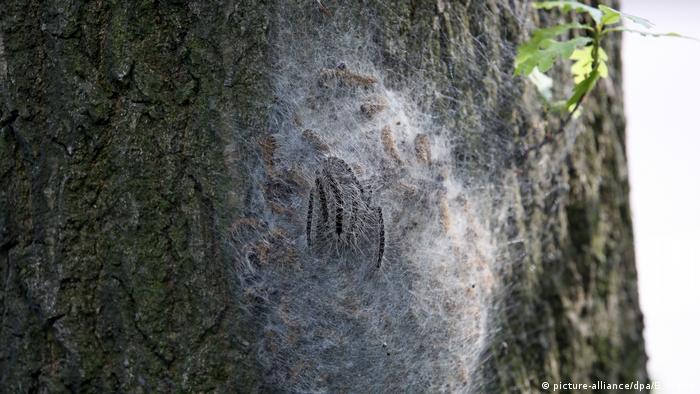 Many local governments treated their oak trees preventatively this year, with Frankfurt even using helicopters to treat hundreds of acres of forests, according to the Frankfurter Allgemeine Zeitung.

Despite efforts to prevent the nests, experts say the hot, dry weather has helped the caterpillar populations explode.

The caterpillars typically emerge at the beginning of May to feast and turn into moths between July and September, but communities across Germany are continuing to find new nests of the toxic larvae.

Exterminators clad in protective suits and protective masks have been dispatched to remove the caterpillar nests from the trees. Some use sprays, flame torches and specialized vacuum cleaners to remove the nests.

The Big Buzz - You can't do without insects

The Big Buzz - You can't do without insects

The insect population in Germany has dropped drastically, which could affect plant diversity and food production. The WWF reports that Germany is one of the most vulnerable regions in Europe for biodiversity loss. (06.05.2019)

German conservationists want the public to head outdoors and count creepy crawlies this weekend. They're holding a nationwide insect census to collect crucial data on a population they say is under threat. (03.08.2018)

The British Forestry Commission has warned Londoners of an infestation of caterpillars that produce various toxic effects in humans. The hairy creature is already well established in Germany. (29.04.2018)