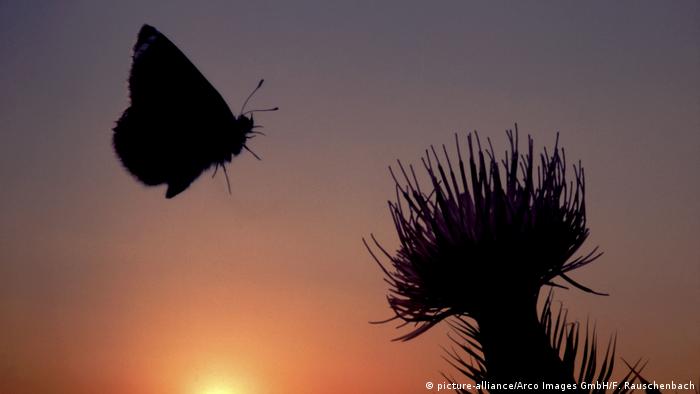 In Germany, a serious loss of biodiversity has hit insect populations especially hard, according to the World Wide Fund for Nature (WWF). The consequences of reduced insect populations could range from loss of plant varieties to food shortages.

Günter Mitlacher of the WWF said their research found the number of insects in Germany decreased dramatically in the past few decades. "Everyone knows that bees pollinate apples, flowers, cherries, pears, strawberries and everything we like to eat in spring and summer," he said. "These would not be there without the insects."

"I remember as a child that I always had to scrape insects off of the windshield," Mitlacher said. "That isn't the case anymore, and it's because our landscape is totally polluted by pesticides, glyphosate and insecticides that kill these animals."

According to the WWF, Germany is particularly vulnerable to biodiversity loss, as culture and technology over the centuries have "extremely transformed" the landscape.

The WWF also said that only a small part of the land in Germany is capable of supporting a "rich natural heritage."

In 2018, Germany's Environmental Ministry introduced the Insect Protection Action Plan, which outlines measures including preventing pesticide use and maintaining a variety of plant species to promote the growth of insect populations. According to the Environment Ministry, almost 75% of all animal species in Germany are insects.

On Monday in Paris, the Intergovernmental Panel on Biodiversity and Ecosystem Services (IPBES), a UN-affiliated body, released the Global Assessment report, which warned that a million plant, insect and animal species worldwide are at risk of extinction. It is the first such global biodiversity assessment published since 2005.

The report said that the use of pesticides, overfishing, agricultural production and unbridled growth of cities, combined with the ongoing effects of climate change, has resulted in an "unprecedented" threat to life on earth.

How to stop an insect apocalypse

We might not love creepy-crawlies, but if insects were to vanish within a century, as some scientists predict, there would be dire consequences for us humans. Is it too late to save bees, bugs and butterflies? (01.03.2019)