Tourists tremble in times of terror | Business | Economy and finance news from a German perspective | DW | 09.02.2016

Tourists tremble in times of terror

The string of deadly terror attacks that have shaken cities from Cairo to Istanbul and Paris in recent months are not just taking a toll on those countries' sense of security, but also on their economies. 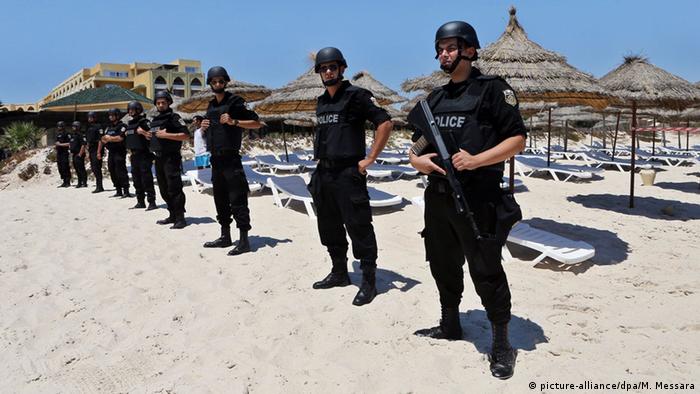 Turkey was long a holiday hotspot for German tourists. That is, until a suicide bomb struck in the heart of Istanbul in January, killing 10 Germans. Since then, the country, which borders war-torn Syria and Iraq, has become a virtual no-go zone for travelers.

New figures released on Tuesday by the world's largest tour operator, TUI Group, speak volumes about how global insecurity is redrawing the map of the tourism industry.

Whereas 14 percent of TUI's customers set sails for Turkey last summer, bookings to the Eurasian nation were down around 40 percent so far this year due to security concerns.

Egypt and Tunisia, which both saw targeted attacks on tourists last year, are also reeling.

According to official figures released late last month, Tunisia's tourism revenues dropped by more than a third after Islamic State militants killed nearly 60 foreign tourists in two separate attacks in March and June. Meanwhile, Egypt's tourism sector has lost a quarter of a billion dollars a month since a Russian passenger jet was blown up over Sinai in October.

The tremble is felt throughout the tourism industry. According to a survey cited by German daily "Bild on Sunday," sales at German travel agents dropped 13 percent in January alone.

Scrambling to stave off losses, TUI said it had shifted capacity to alternative destinations such as Greece and Spain, in particular the Canary Islands. Cape Verde and Bulgaria were also being offered as alternatives to North Africa.

Despite the sales slump, TUI reported a narrower first-quarter loss before interest, tax and amortisation (EBITA) of 101.7 million euros ($114 million), more than 3 million euros less than the year before. Tourism companies typically log a loss in the first quarter due to seasonal fluctuations.

“We have delivered a good start to the new financial year, despite the backdrop of geopolitical turbulence in some of our destinations," said CEO Fritz Joussen, adding that TUI was "well positioned to tackle the challenges in this turbulent environment."

Looking ahead, the Hanover, Germany-based travel giant said it remained optimistic, keeping a forecast for underlying earnings to rise by at least 10 percent in the full financial year 2015/2016.

"We are creating alternatives [for travelers], but in the long term we believe demand will come back," Joussen said, adding that he expected demand for Turkey to recover quickly.

Tourism in Europe on course for record

The number of nights spent in hotels and hostels in Europe reached a record high last year. Provisional figures show that an estimated 2.8 billion nights were booked within the EU in 2015. (27.01.2016)