The UK could bring in tough new controls on migration from the EU without actually having to leave the bloc, former Prime Minister Tony Blair says. Concerns over immigration were cited by many who voted for Brexit. 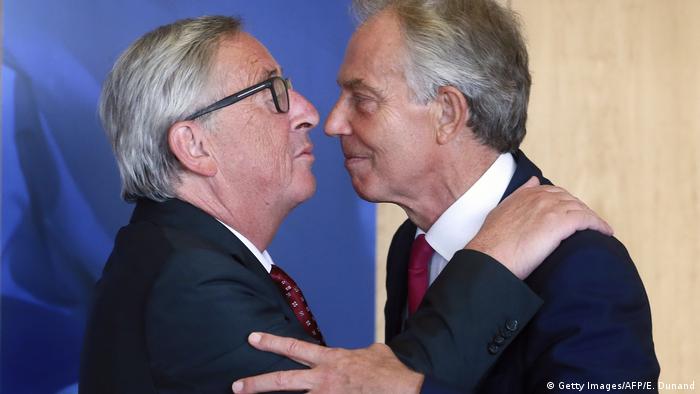 Outspoken Brexit opponent Tony Blair used a Sunday Times article to put forward the idea that Britain tighten up its rules on EU migration while remaining a member state.

The former premier argued it would satisfy the demands of the British public while avoiding the upheaval of leaving the 28-member bloc.

Back in 2004, Blair's Labour government allowed citizens of former communist countries which joined the EU to work and settle immediately in the UK, in contrast to other member states which implemented long transition periods. This led to an influx of EU migrants.

Blair conceded that migration to the UK was a central issue in the June 2016 Brexit referendum and the result showed a widespread feeling that unchecked migration was forcing wages down, straining public services and raising questions of cultural integration.

"Paradoxically, we have to respect the referendum vote to change it," Blair said.

"We can curtail the things that people feel are damaging about European immigration, both by domestic policy change and by agreeing change within Europe to the freedom of movement principle," added Blair, who led the country for a decade from 1997.

Changes he proposed included requiring EU immigrants to register on arrival in Britain so officials could keep track of whether they found work or study. EU nationals would also be required to have a confirmed job offer before being able to settle in Britain.

Those without permission would be banned from renting property, opening a bank account or claiming benefits. Qualifying for the National Health Service would become more difficult and universities would be allowed to charge higher tuition rates for EU nationals.

A paper published by Blair's Institute for Global Change also proposes seeking an "emergency brake" for migration when services are stretched.

European leaders, including German Chancellor Angela Merkel, have in the past refuted the idea that the UK could pick and choose when it came to the four freedoms – movement of goods, capital, services and people – which form the cornerstone of the EU's single market.

The UK parliament is preparing to vote Monday on a Brexit bill which would eventually convert many aspects of EU law into British law. The two-year period for finalizing Brexit ends in March 2019.

EU leaders agree on trade but remain split over refugees

Angela Merkel talked up a spirit of optimism at the latest EU summit despite Brexit. But divisions remain over the distribution of refugees and the rise in the number of low-wage workers arriving in western EU states. (23.06.2017)

Four days of talks over Britain's planned departure from the European Union have come to end. But officials from both sides of the table have been critical of the lack of progress. (31.08.2017)

Last month's election stripped Prime Minister Theresa May and her Conservative Party of their parliamentary majority. Blair argues that this creates an opportunity to push for a less drastic exit from the EU. (15.07.2017)