German Chancellor Angela Merkel has accused Britain of 'cherry-picking' the benefits of the EU's single market. She threatened Britain with loss of access to EU markets. 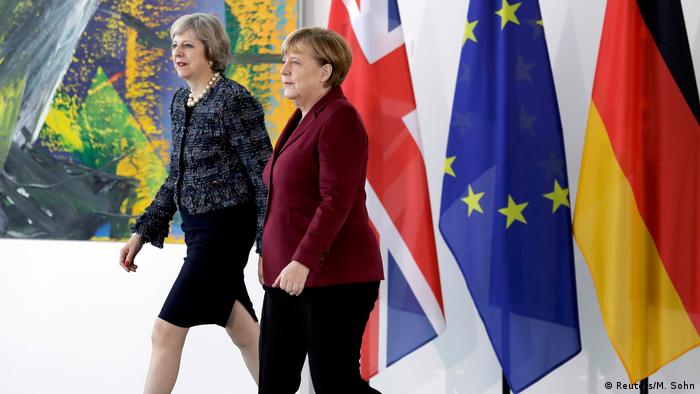 German Chancellor Angela Merkel says the EU must consider restricting British access to its single market if London does not accept the so-called "four freedoms" - the free movement of goods, capital, services, and people - when it leaves the bloc.

"Access to the single market can only be possible on the condition of respecting the four basic freedoms. Otherwise one has to talk about limits to access," Merkel said at a meeting of the German Civil Service Federation in Cologne.

"These negotiations can not be based on cherry-picking because that would have disastrous consequences for the other 27 member countries."

This comes after British Prime Minister Theresa May defended her government's approach to negotiations, which are expected to begin in March. She had faced criticism for hinting at a "hard Brexit" - in which border controls are given priority over market access.

Britons voted to leave the EU in a June referendum.

Of the four freedoms, the freedom of movement is perhaps the most contentious, especially in Britain.

EU rules allow citizens to move to another member state, provided they are employed, studying, retired or self-sufficient, although these conditions are often not enforced.

Combined with the visa-free Schengen area, those within the EU are practically able to travel within the bloc without hindrance. Britain is not a member of Schengen.

"It is important to me that we stick to jointly agreed rules. Let me say very clearly that I find it reckless to blame those who are sticking to the rules of being petty," Merkel said.

Many observers describe Merkel's decision to admit over one million Middle Eastern and North African migrants into Germany, and thus the EU, as a key factor in turning Britons against the bloc. In doing so, she overrode EU's existing refugee rules that require asylum seekers to be processed in the first country they reach.

But Germany has taken another course in recent memory. Millions of Central and Eastern Europeans, most notably Poles, moved to Britain after their countries joined the EU in 2004, straining housing and public services in the country. In contrast, Germany kept its doors closed to migrants from new EU states for another seven years.