Bucharest is hosting the third annual Three Seas summit, a meeting of 12 central and eastern EU member states. The group has won the backing of US President Donald Trump, but also wants to expand cooperation in the EU. 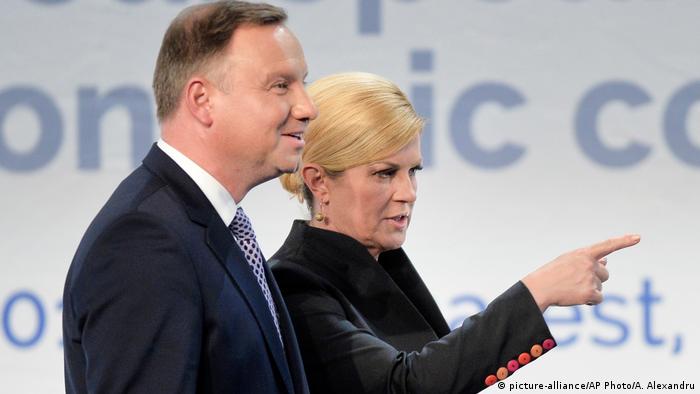 The Three Seas Initiative, fronted by Croatian President Kolinda Grabar-Kitarovic, right, and Poland's Andrzej Duda, seeks to boost central and eastern Europe's ties to the rest of the world, including its immediate neighbors to the west

The Three Seas Initiative was launched two years ago at the behest of the Croatian and Polish governments. Those participating in the initiative include the three Baltic states (Estonia, Latvia and Lithuania), the countries in the Visegrad group (Poland, Slovakia, the Czech Republic and Hungary), as well as Austria, Slovenia, Croatia, Bulgaria and Romania. Bar Austria, all participating nations only joined the European Union after 2004.

During the first Three Seas summit in the Croatian city of Dubrovnik in 2016, the 12 members agreed to cooperate closely in the fields of energy and infrastructure. As a result, the much hyped "Via Carpatia" expressway, stretching from the Baltic Sea all the way down to Thessaloniki on the Aegean, is finally set to be completed.

Another flagship project is the installation of two terminals for imported American liquefied natural gas: one in the Polish city of Swinoujscie and the other on the Croatian island of Krk. After all, it's not just the Central European states that fear the construction of the Nord Stream 2 pipeline from Russia to Germany — bypassing Ukraine and Poland along the way — will deepen the EU's energy dependence on Moscow.

The Three Seas Initiative has won the backing of US President Donald Trump, who addressed last year's summit in Warsaw. This year in Bucharest, however, representative states will discuss expanding cooperation with the EU and its member states — particularly Germany. European Commission President Jean-Claude Juncker and German Foreign Minister Heiko Maas will attend as honored guests.

However, this newly founded north-south axis in Central and Eastern Europe has generally been criticized by its neighbors in the West for what they view as an attempt to serve as a counterweight to the old European "core." And yet, German participation — whether as a partner or fully-fledged member — has been a topic of discussion for some time. 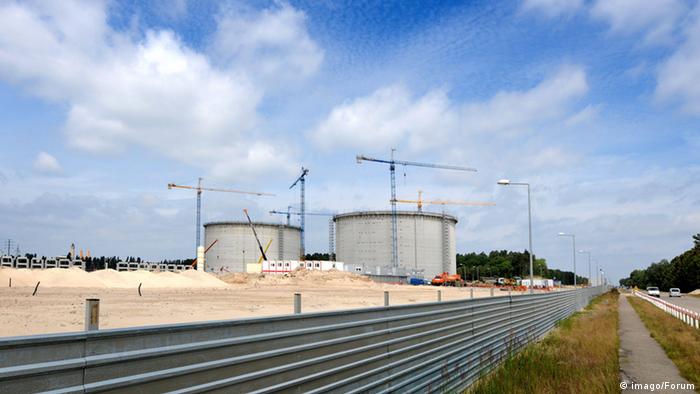 Romanian President Klaus Iohannis stated in the runup to the Bucharest summit that the Three Seas Initiative must demonstrate that it can markedly reduce its economic gap with Western Europe, as well as work to consolidate trans-Atlantic relations.

The member states have repeatedly insisted that the initiative does not seek to forge a security corridor with Russia. Moscow is to remain in-the-know about all upcoming projects, however, they.

What the 12 nations are expecting, apart from recognition from Brussels, is further support from Washington. US Energy Secretary Rick Perry is also set to take part in the conference. In a letter to Romanian President Iohannis, Trump stressed that the US intended to remain a strong ally in the initiative.

A first at this year's summit will be the international economic forum taking place on the sidelines, where representatives from the Western Balkans and the EU Eastern Partnership (Moldova, Georgia, Ukraine) are also participating. Top financial officials from the European Bank for Reconstruction and Development, the World Bank and the European Investment Bank will also be present.

US sees gas exports to Germany by 2022

The US administration plans to start exporting its new and vast gas supplies to Europe via Germany within the next four years. As doubts continue over a Russian pipeline to Germany, Washington sees a gap in the market. (17.09.2018)