A poster threatening to shoot complainers at an immigration office in the western German town of Bielefeld has caused controversy. Rights groups say the text is unacceptable, and authorities have promised to remove it. 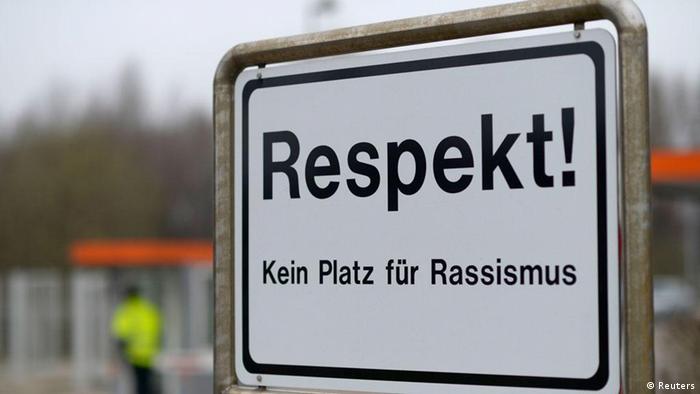 A poster greeting the refugees has been hung inside the Bielefeld office, reading: "Whoever whines here will be shot." The text, written in German, is visible to the asylum seekers, many of whom have fled war-torn countries, as they stand in line to register.

The "Neue Westfälische" newspaper published the photo of the poster on Saturday, saying the place where the poster is hanging is only accessible to employees in the office.

The authorities promised that the poster would be removed Monday morning before the office opens to the public.

"I am shocked that a poster with this kind of text is visible to every refugee. This is intolerable and must be immediately removed," Gisela Bockermann, spokesperson for the Bielefeld immigration office, told the "Neue Westfälische."

Bockermann said the office would investigate who wrote the poster text, and that person would face serious consequences.

Hanna Küsgen of Bielefeld University said she was shocked by the apparent lack of sensitivity of the office staff.

"People who seek refuge here come from places where they face life-threatening situations. They need anything but another death threat," Küsgen told the newspaper.

Lina Droste from a refugee aid service went a step further and said, "The text is inhumane and reflects the current racist reality in Germany."