Fleeing the Nazi regime, German author Thomas Mann found it difficult to adapt to life in the US. But in New York he felt at home in Hotel Bedford and made a new start with the help of influential social contacts. 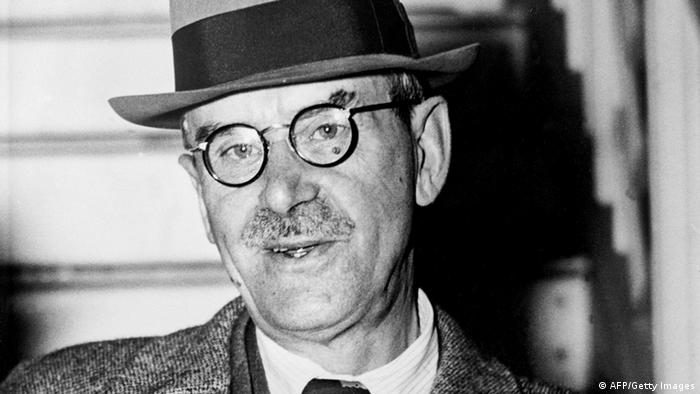 Why the United States, a country that was so distant and strange? The answer sounds banal. Like so many opponents of National Socialism, Thomas Mann did not feel safe from the Nazis anywhere in Europe. The Americans welcomed him with open arms.

Shortly after his arrival in New York, he gave a press conference on February 21, 1938 and said, "Where I am, is Germany. I carry my German culture in me." The then 63-year-old author would not allow Hitler to take away his identity.

When the Nazis seized power in 1933, Thomas Mann was on a lecture tour and was unable to return to Germany. The Nazi regime withdrew his German citizenship in 1936. Following numerous stopovers, Mann finally settled with his family in the US in February 1938. 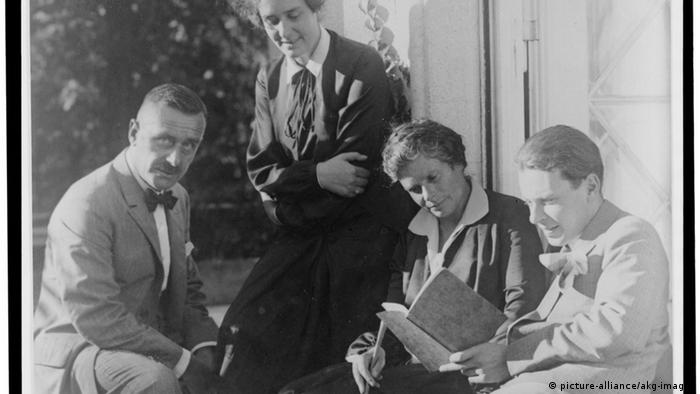 Thomas Mann with his wife Katia and children Klaus and Erika

In the late 1920s, Thomas Mann had shown little interest in the US. He called the Americans a "beautiful, energetic and civilized nation of children." Like many Germans, he talked about them in a friendly but also patronizing tone

His attitude changed, however, after he immigrated there. In the end he at least adapted to parts of the American way of life: He took an interest in baseball, enjoyed a Bloody Mary in the evening and loved American movies. He became an American citizen in 1944.

Thomas Mann's English language skills were modest at first, but improved over the years. In contrast, his children spoke very good English. When he gave speeches in English, Thomas Mann had to read straight from his notes. But he followed world events in the major American newspapers. 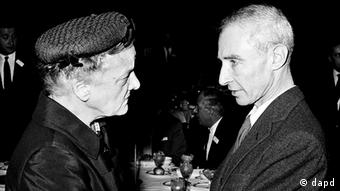 Mann had Agnes E. Meyer to thank for the fact that he was able to feel at least a little comfortable in the US. The journalist interviewed him for the "Washington Post" on April 22, 1937, in New York's Hotel Bedford, before he had settled in the country.

The American journalist with German roots would become one his greatest admirers. She was wealthy and influential - her husband owned the "Washington Post."

In New York and later in Washington, Meyer opened doors for Thomas Mann to the most elite social circles - all the way up to American President Franklin D. Roosevelt.

Agnes E. Meyer secured a position for Thomas Mann at the prestigious Princeton University, a one-and-a-half-hour train ride from New York. He earned good money there and kept company with Albert Einstein, a fellow lecturer.

At the same time, Mann's responsibilities at Princeton were not time-consuming and he was able to travel regularly to New York where he met with publishers or with German émigrés. 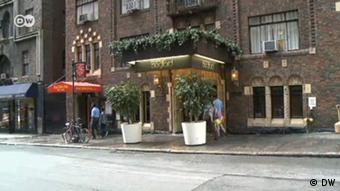 In the Big Apple, Thomas Mann resided at the Hotel Bedford in the heart of Manhattan. Hotel manager Anton Nagel was also a German immigrant who had known the author personally for many years.

His children, Klaus and Erika Mann also stayed in the Hotel Bedford at 118 East 40th Street. Like their father, both undertook numerous lecture tours throughout the US, mostly to warn American audiences about Hitler.

The months that Klaus Mann spent at Hotel Bedford where some of his most productive. There, he wrote the novel "The Volcano" about the fates of German émigrés after the Nazis had risen to power.

Klaus Mann described the book as his most important work. Following his first published work - by no means a commercial success - his father praised him.

The relationship between the two was tense. Thomas Mann categorically rejected his son's homosexuality, something Klaus Mann never hid.

Thomas Mann was often inapproachable for family members, regularly withdrawing to write. The children nicknamed him the "magician."

In Hotel Bedford, the Mann family also met the German doctor and intellectual Martin Gumpert. He lived in a room on the eighth floor and was temporarily engaged to Erika Mann.

Gumpert treated Erika's brother Klaus who suffered from drug addiction and depression. A character in the novel "The Volcano" is reminiscent of Martin Gumpert. 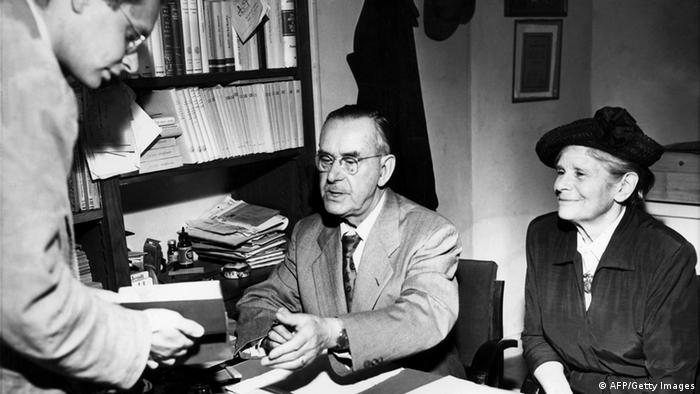 Throughout his life, Thomas Mann enjoyed listening to classical music and while living in New York, he attended symphony concerts.

Mann also had a complicated relationship to Richard Wagner. On the one hand he loved his music, especially the "Lohengrin" opera. On the other hand, the Nazi's appropriation of Wagner's works was blatant.

In 1941, the Mann family left New Princeton to settle north of Los Angeles. But Hotel Bedford remained a place where the family felt at home. Whenever they made their way back to New York they would stay at the hotel, which, during a difficult time, had become a second home.

He was one of the most significant journalists of his time: a satirist, a cabaret writer, a socialist and pacifist. And because he wrote so much, he used a host of pseudonyms. Kurt Tucholsky was a truly enigmatic figure. (20.08.2012)