He was one of the most significant journalists of his time: a satirist, a cabaret writer, a socialist and pacifist. And because he wrote so much, he used a host of pseudonyms. Kurt Tucholsky was a truly enigmatic figure. 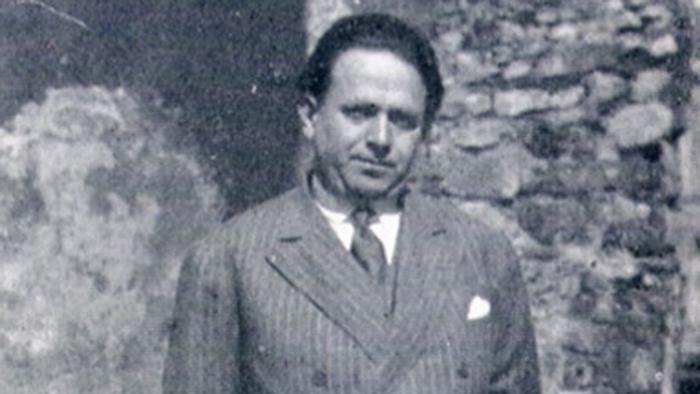 He was restless and broken, a master of self-dramatization, elegant, spirited, charming, a partygoer and a heartbreaker. But above all, he was an author and critic of his time. Kurt Tucholsky, who lived from 1890 to 1935, studied law before completely dedicating himself to writing.

The bar didn't stay open for very long, but the book continued to sell. 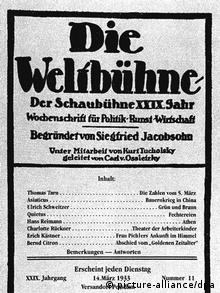 Soon after that, Tucholsky published his first article. He also took on a number of pseudonyms, which he used for the various newspapers he wrote for: Peter Panter, Theobald Tiger, and Ignaz Wrobel. He was a man with many faces and later used the name Kaspar Hauser as well.

Tucholsky's journalistic career was interrupted by World War I. He was a pacifist who abhorred anything militaristic, but was drafted nevertheless. In the military, life was completely different from what he had experienced before.

In the Baltics he worked as an aid behind the front and as company scribe. Later, he was a member of the political police in Romania, a country that he viewed with some criticism because of the social injustice and corruption he saw there there. But he did enjoy Romanian wine.

It was in Romania that Tucholsky, a Jew, was baptized as a Protestant - more of a casual act, since he had long distanced himself from the Jewish faith.

In 1918, he returned to Berlin, where he witnessed the discussions surrounding the Versailles Treaty, mass demonstrations, and the political radicalization that followed the war. He was upset by the political climate in the country, the political murders that took place, and the resurgence of reactionary forces. 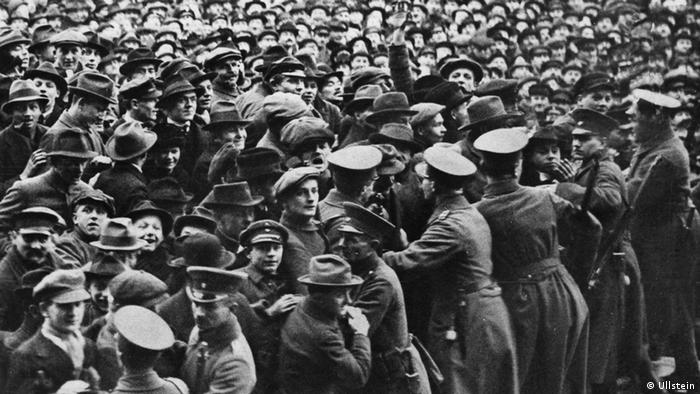 A radicalized Republic - demonstrations outside the Reichstag in 1920

For a short time, however, the adaptable Tucholsky took a job as an editor at a right-wing propaganda newspaper. He later wrote for the communist publication, Arbeiter Illustrierter Zeitung (Workers' Illustrated Newspaper). But he remained a republican and a democrat and sensed the dangers of that period and the fascist threat that was just beginning to appear on the horizon.

In 1931 he would write a sentence in a glossy text which has continued to provoke controversy over the decades: "Soldiers are murderers." The editor-in-chief, Carl von Ossietzky, was charged but found not guilty of "slandering the Reichswehr." In the German Republic, the sentence - modified in various ways over the years - caused juristic ructions all the way up to the level of the Federal Constitutional Court 65 years after it was published.

Tulcholsky, the critical zeitgeist, was a "solitary figure among Weimar Republic intellectuals," as his biographer Rolf Hosfeld wrote in his new book.

And the Republic not only politicized, it also danced. Frantically - at least in Berlin. There the entertainment industry boomed in the 1920s. There were the risqué naked shows and the so-called amusement cabarets, but serious theater also blossomed and cinema became popular.

In Berlin, Kurt Tucholsky discovered his stage, he wrote the lyrics for revues and literary cabarets - honed, polemical texts with a shot of ribald humor. His first record appeared, a shellac treasure with the song "When the Old Motor Ticks Again." It was a massive hit.

But then there was the private Tucholsky, the charmer who women loved. They risked every escapade for him, left their husbands and children, joined him in automobiles and aeroplanes, nearly crashing along the way. 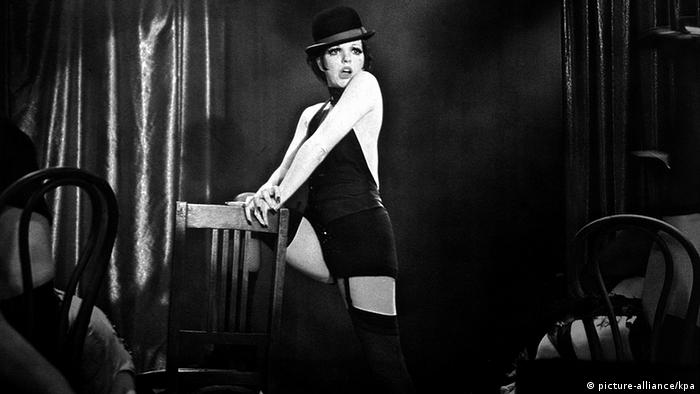 But Kurt Tucholsky remained an ambiguous figure, a lover plagued by jealous rages, got married, abandoned again, ruefully returned. His true love was Mary Gerold from Riga, a woman who left him again after years of back and forth. He carried her goodbye letter in his jacket pocket right up until his death.

In the meantime, Kurt Tucholsky wrote for the most prominent newspaper of his time. He was an exceptionally gifted speaker who took to many podiums, campaigned for peace and against war, was a member of the German League for Human Rights, and was also a restless traveler. From Berlin, Paris, Lugano, the Riviera, Hamburg, Sweden and then back to Berlin and Paris, Tucholsky was never really based in one place.

The summer novel "Schloss Gripsholm" appeared in 1931 - yet another hit. On May 10, 1933, Tucholsky's books were burned by the Nazis. His works, like those of other authors of Jewish decent, were now labeled "un-German." The ostracized writer's name was included on one of the first denaturalization lists of the German Reich under National Socialist rule and his passport was declared invalid.

Tucholsky lived in Sweden although he was not permitted to work there. Money was tight and his health suffered, while National Socialism and the spread of fascist ideology throughout Europe depressed him. His friend, author and journalist Carl von Ossietzky, was taken to a concentration camp and horrifically tortured. Exiled in Sweden, Kurt Tucholsky felt like "a finished writer." His fighting courage was weakened.

Kurt Tucholsky died in hospital on December 21, 1935 from a suspected overdose.

Nearly six decades after Josef Stalin's death, a debate has erupted in Germany on how to evaluate the Russian dictator's regime. It's been triggered by a newly released book by a high-profile Eastern European historian. (09.07.2012)