Nearly six decades after Josef Stalin's death, a debate has erupted in Germany on how to evaluate the Russian dictator's regime. It's been triggered by a newly released book by a high-profile Eastern European historian. 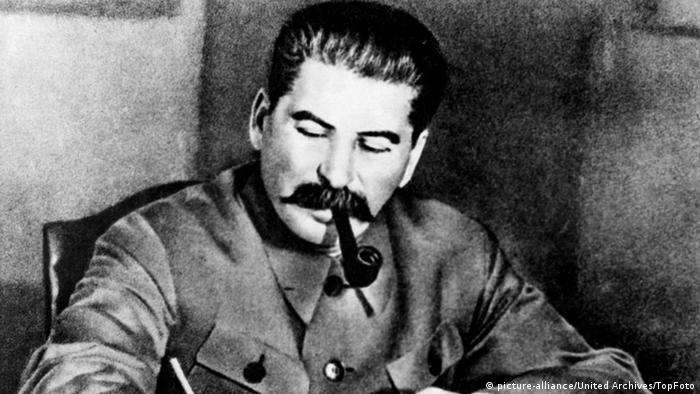 In his book, Jörg Baberowski delivers plenty of material for debate about the controversial Russian ruler Stalin. But the historian himself is uncompromising in his analysis. The ruler, he argues, was a passionate and ruthless psychopath, a despot who killed according to quotas, sparing no one, who sowed fear, horror and mistrust in his immediate surroundings and subjected an entire society to a culture of destruction and terror.

In his evocative book, Baberowski makes a case for this thesis on nearly 600 pages, quoting a wide range of sources. "I have not written a book about the Soviet Union or about Stalinism but rather about excessive force and what it does to people," said the author and professor of Eastern European history at Humboldt University in Berlin in one of his many packed lectures.

For Baberowski, the man who transformed the Soviet Union into an "Empire of Paranoia" from 1927 until his death in 1953 is a murderer who found joy in destruction and pain. He was a "passionate perpetrator of violence" whose reign of power was marked by boundless terror and who made no distinction between friends and enemies.

In principle, there was no room in such an empire of excessive killing for political or economic success or positive messages of any kind. Rather, there was room for only famine as the result of a completely failed economic policy, expulsions, the exploitation of resources, the destruction of rural culture, the total submission to the party and state institutions under the will of the dictator, terrorization, denunciation, torture, forced "confessions," show trials and the unquestioning loyalty of the officials. 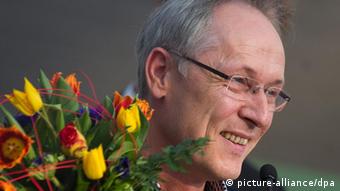 "In the end, Stalin didn't even have to write or order anything," Baberowski argues. "Everyone knew what they had to do to please the despot. And no one wanted to be a victim."

With the stroke of a pen, Stalin sent innocent people to their deaths, sometimes a few thousand in a single day. At the same time, he informed his closest associates that he was available to see everyone.

"He ordered someone's murder and in doing so, showed the others what happens if they didn't submit to him," Baberowski notes. Even the men who were closest to the center of power had no security. "Minister today, dead tomorrow - that was the gruesome unpredictability of the system," according to the historian.

It wasn't just the alleged enemies of the state who were persecuted, but also their relatives, who were taken as hostages to force confessions out of political prisoners. "Even after a victim had died, their wives, children and relatives continued to suffer," recounts Baberowski. They were evicted from their apartments and put in camps or state-run children's homes.

The few were creating a living hell for the many. Among the few were those who profited - the technical elite, some artists, people who adjusted to the political situation.

Unlike the Holocaust in Germany, Russians have never really dealt with the Stalinist era, neither in the USSR nor in post-Iron-Curtain Russia. Jörg Baberowski's book is currently being translated into Russian, but the author says it will be difficult to find a copy in the country itself since Stalin is still revered by many in Russia, as well as in Georgia.

"The people who celebrate Stalin celebrate a lost empire and don't remember the suffering of the Stalin era," comments Baberowski.

He adds that people in Russia wanted to once again be proud of war victories, which is why the focus is usually put on the ruler's successful military escapades. Russians have a hard time seeing the positive side of peaceful reforms, according to the historian, and reform cannot be imposed from outside. 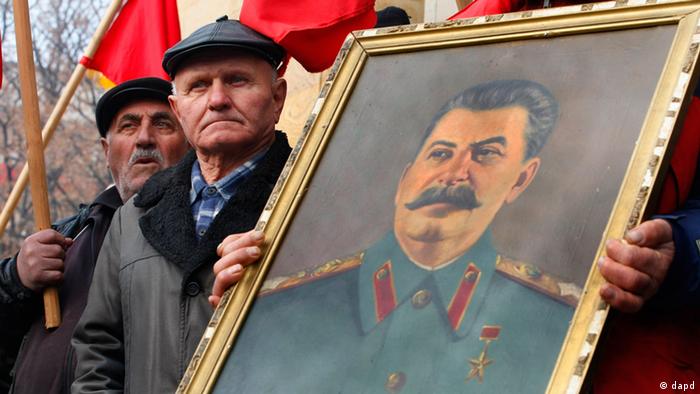 Lost empire? Stalin is still revered by some

Baberowski has been praised for his thorough research. Eastern European historian Gerhard Simon called the book "gripping, memorable, and absolutely necessary." It forms a counterbalance to the European culture of remembrance which still focuses largely on National Socialism, added Simon.

Other experts, however, have characterized Baberowski's work as overly emotional and lacking distance to the subject. Critics doubt the central thesis that Stalin was an autocrat who kept everything under his control.

"Stalin wasn't a genetically disadvantaged offender, but a product of his environment," suggested Bochum-based historian Stefan Plaggenberg in an essay. Benno Enker, Eastern European historian in St. Gallen, Switzerland, is bothered by what he calls the "equalization of terrorist dictatorships" like National Socialism and Stalinism, saying the terminology is being blurred.

Meanwhile, Christoph Diekmann from the Fritz-Bauer-Institut criticized Baberowski's study for presenting the violence that took place under Stalin as simply a factor of Stalin's moods. These critics' essays were recently published in the magazine Osteuropa, along with additional information such as insights into Stalin's "voice" - his interpreter, Vladimir Pavlov - as well as more on the despots in his inner circle.

Though the historians' approaches vary, one thing is clear: Even six decades after his death, the Stalinist era doesn't leave anyone unmoved.

Here were the desks at which the Holocaust was organized, and atrocities were planned. The Topography of Terror Documentation Center looks back over 25 years with an exhibition which asks how it happened. (04.07.2012)

The Book Award for European Understanding is presented to mark the opening of the Leipzig Book Fair. This year the award is shared between two celebrated historians: Ian Kershaw and Timothy David Snyder. (13.03.2012)

A museum devoted to Josef Stalin in his birthplace, Gori, Georgia, has barely changed since Soviet times, reflecting an unwillingness to face up to the Stalinist era. (03.10.2011)