It's been said that soccer is more than just a sport. It's about passion, excitement and participation. It's also about going a bit crazy. Here DW-WORLD.DE offers five of the most bizarre aspects of the 2006 World Cup. 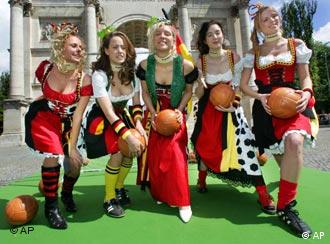 You may have heard that there is some kind of sporting event taking place in Germany this summer. Unless you've been on vacation recently you could not have failed to notice that the World Cup is upon us again and is proudly being presented by the Germans.

While the on-field action during the four-week long tournament will be the focus of many millions of soccer fans all over the globe, the past six years have been full of stories about the preparations those meticulous Germans have been going through. It has seemed that not a day has gone by when there has not been a story about the ups and downs experienced by the German Organizing Committee and its somewhat dominating bed-fellow FIFA.

Surely every angle of every topic has been covered; from investigations into the incredulous ticketing process to doctoral theses on why mascot Goleo doesn't wear pants. Now, as foot finally makes contact with ball, we can forget about the bells and whistles and concentrate on the main event - the soccer itself.

But to do so would be to ignore some of the more bizarre aspects of this World Cup. While it is all well and good to know what formation is being played by your team and who the coach is with the huge throbbing vein on the side of his head, a little bit of surreal extra information will make your World Cup experience a more rounded and enjoyable one.

Here DW-WORLD.DE presents five of the more surreal stories from the sidelines of the 2006 FIFA World Cup. 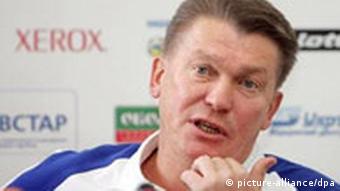 Blokhin: Like it or not, you're going to have sex

Ukraine are playing in their first ever World Cup finals and, unsurprisingly, hope to do very well. While everything has been done to prepare players like Andrei Schevchenko and Sergei Rebrov for the big stage, coach Oleg Blokhin has added an extra incentive to his coaching arsenal in a bid to get the very best out of his stars. If winning the World Cup was not incentive enough, the Ukrainian coach has promised that he will waive the squad's rule on celibacy if the team get to the semi-final and allow the players to have sex with their wives and girlfriends. Not only will he allow this, but Blokhin has assured his players that there will be no choice in the matter: "Those who don't feel like it, I'll just drag to their wives."

This may be counter-productive in a couple of ways. Firstly, the sight of a reluctant partner being dragged to the marital bed by the imposing former Soviet Union striker is unlikely to promote harmony between the couples. Secondly, if Ukraine reaches the semi-finals on a no-sex diet, will getting the team off really increase their chances? If it ain't broke, don't fix it. 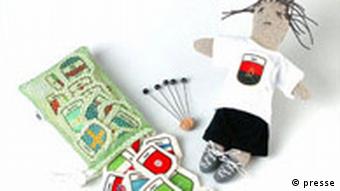 More players will be complaining of pins and needles

Forget exhibitionist carnivore Goleo and his psychedelic talking-ball sidekick Pille. Nothing that odd couple has come up with to date can rate anywhere near as spooky as the World Cup voodoo dolls which have been on sale in Germany during the run-up to the World Cup. The FooToo Kit comes with a number of national emblems and colors so that you dress your rather panicked looking doll in the team uniform of those opponents you want to hex. You also get a set of five long needles, all for under 20 euros. There is, however, no guarantee with the doll but rumors of satisfied customers in the host nation who purchased the Wayne Rooney doll are multiple.

It was advertised as a way of getting Germany's 4 million-plus unemployed out into the arena of work again, doing something for the country and improving their chances of permanent employment once all the madness was over. The World Cup job initiative was set up to fill all the holes in the service and maintenance sectors; creating teams of catering staff, builders, cleaners and guides where there were none before.

For long-term unemployed, it sounded too good to be true. To others, the chance of working at the World Cup was a chance too good to miss. So, spare a thought for those volunteers who have been charged with stopping naked streakers during matches. Training includes -- among other things -- how, and where, to grab pitch invaders in a way to avoid sexual harassment cases in the future. 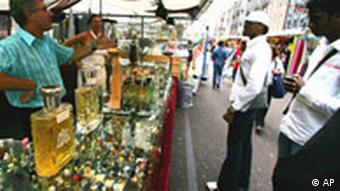 Got any Ivory Coast?

Anyone who has ever been to a soccer game can instantly recall the atmosphere on match day. The excitement, the anticipation, the adrenaline of the game itself, the agony and the ecstasy. A breathtaking game stays with you always. What you don't want to have with you always is the smell of the perspiring sport drinker who was belching and slobbering all over you for the whole 90 minutes. That leads us to believe that retired perfume maker Ernst-Adolf Hinrichs of Holzminden has never been to be a game in his life.

While he has not exactly tried to recreate the stadium smell in his new range of scents, he has tried to capture the national identity of each participating country. Rejecting stale beer and sauerkraut in favour of freshly baked bread, the German scent is probably one of the best. Few would like to be stuck in a train carriage with someone wearing the Dutch scent (cheese) or the Italian (pizza). Mind you the Swedish perfume could be pleasant with its whiff of flat-packed furniture.

Most bizarre exhibition of national pride 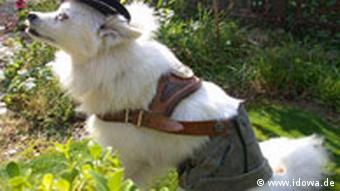 Is this better than painting your dog?

Pity poor Simba. The Maltese terrier was happy being cared for in the lap of luxury somewhere in Germany when he was stolen by an over-zealous group of host nation supporters. Not wishing to do any real harm to the pampered pooch, the Germany fans soon returned Simba to his owners albeit in a rather different shade than he was before he was taken. In a World Cup special edition of "Pimp my Pet", the fans had painted the dog in the German national colours of red, black and gold.

The incident, widely reported in the German press to such an extent that both FIFA and the German Organizing Committee issued pleas for similar behaviour to be avoided, caused an outcry among animal rights groups. One, European Animal and Nature Protection, urged Germans to do all they could to prevent such cruelty taking place again. "No one needs to torture his dog by thoughtlessly painting it out of justified enthusiasm," Norbert Günster from the group stated. The group recommended dressing pets in national costume instead. Cue legions of lederhosen-clad dachshunds.

A new scandal is rocking the FIFA World Cup. Goleo VI, the official championship mascot, is turning out to be a flop. Perhaps he will have to become a male stripper after all. (June 2, 2006)

Dear God, Please Help Us Crush the Other Team

Does God care about the score? Two Berlin churches are planning 15-minute church services during half-time in the World Cup games. (June 6, 2006)

A selection of the best quirky and offbeat stories from around Germany.