'They want us dead, they want us silenced, but we are still standing'

Mexican journalist Anabel Hernández was awarded the 2019 DW Freedom of Speech Award at the Global Media Forum in Bonn. In her acceptance speech, she dedicated the award to all of the journalists murdered in Mexico. 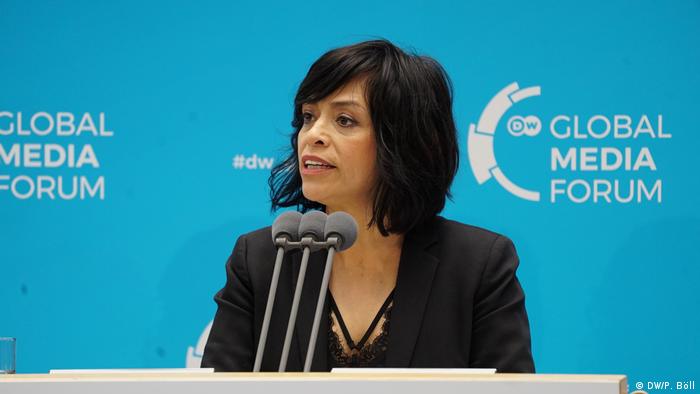 Anabel Hernández is a Mexican investigative journalist and author whose work documents the corruption of the Mexican government and military and their collusion with drug cartels. Because of threats to her life, she was forced to leave Mexico and now lives in exile. For her efforts to shine a light on these and other crimes, DW awarded her with the 2019 DW Freedom of Speech Award.

Here is her acceptance speech:

First of all, I would like to thank everyone at Deutsche Welle for awarding me this prestigious prize. It is a double honor to join the circle of such renowned journalists by receiving this award. One of the previous recipients is here today: Sedat Ergin.

I am very moved to be with you today. Being here has forced me to reflect on my life, on my career as a journalist, on all the things I have done and all the things I still have to do. Usually in everyday life, we journalists don't stop to think about this, except in Mexico.

In the last nine years, I have suffered severe reprisals for my investigative work, and in the midst of this environment, it is even more difficult to pause for a moment to think about oneself. For months I have contemplated the bulletproof vest that the government of Mexico gave me in 2016, shortly before publishing my last book on the case of the 43 students who disappeared in Iguala in the state of Guerrero in September 2014. "Every journalist’s murder is an attack on democracy, on the rule of law and on the respect each person deserves," said journalist Misha Glenny, introducing Hernández

It was a way of warning me: "you have gone too far" in your investigations. But even with the vest in front of me, I refused to think about myself and the risk. There has always been something more important: truth and justice.

Yes, I am here before you today. But during the almost ten years that I have lived under threat, more than 100 journalists have been executed in my country as a result of their work. Five this year. One a month. Outside Mexico, seven hundred other journalists have been killed in the same period, according to UNESCO.

The organization states in a report published at the end of last year that in the last decade Mexico is the country with the highest number of journalists killed, higher than Afghanistan, where there is a declared war. But even with the gravity of what is happening in my country, the report warns about one thing that should ignite an alert to everyone: there are more murders of journalists in countries "without armed conflict." Something is happening.

The killings of journalists are increasing all over the world. Journalists live in the most violent time in recent history, thus affecting society's human right to be timely and truthfully informed. Each journalist killed means repercussions on hundreds of people who remain silent in the face of violence.

The world is living in dark times in all respects, in all spheres. Where we look, everything is confusing, there is no clarity, there is no transparency, there is no accountability. Frontiers are becoming blurred, economic models no longer really differ from one another. The distances between left, center and right are shrinking.

In so many countries of the world, the same thing seems to be happening, putting democracy at great risk and the freedoms that to achieve have cost us so many sacrifices. 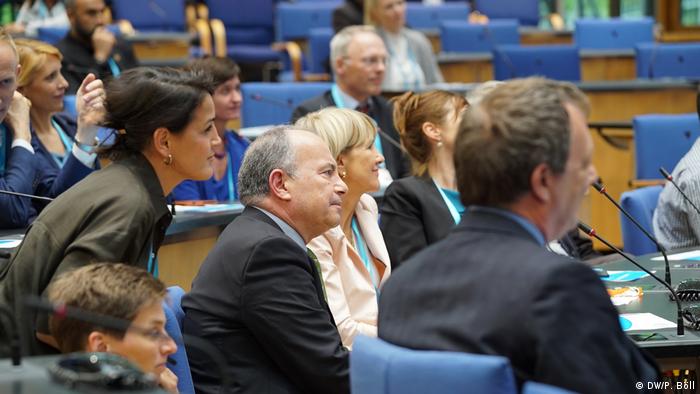 Today in many nations, it is not the citizens who make the decisions about their destiny on a daily basis but groups that concentrate more political, economic, technological and social power every day. They take possession of natural resources, of our minds through the control of communication platforms and social networks, and impose on us a model of life, of "success," of "happiness," that will generate more benefits for them. For them, there are no borders or walls, only privileges and impunity. They operate within the framework of the legal and the illegal. Organized crime is not only in Mexican drug cartels but also outside of Mexico in companies, banks and stock exchanges.

The interests of these groups generate wars, political and economic destabilization, corruption, diseases, serious human rights violations, exodus, sexual exploitation, labor exploitation, social injustice in all its forms, slavery. They produce drugs and stimulate other kinds of vices. The more consumers, the more money they have in their pockets.

These groups like darkness, opacity, on which their existence depends and the achievement of their objectives. Society lacks the tools to understand this reality and how these interest groups function. What their mechanisms are. Without understanding, there is no generation of alternatives, there is no possibility of change and a better future vanishes.

Free, independent journalism committed to truth and precision is indispensable to understanding this reality. Our duty, today more than ever, is to give a name and surname to those who concentrate power, no matter what their nationality, race or religion. It doesn't matter if they are prime ministers, presidents, congressmen, bankers, businessmen, politicians, religious leaders or if they are the heads of a drug cartel. It is up to us journalists to find out what they do, how they do it, why they do it and who their accomplices are.

That's why they're killing us. That's why there is this hunt against independent journalists and the media. Journalism, especially investigative journalism, has its own paths, it knows shortcuts, which sometimes not even the institutions of justice can access. 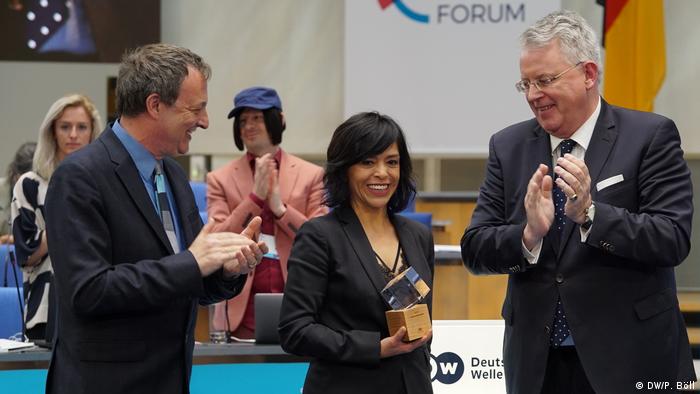 On countless occasions, we arrive at the truth that neither prosecutors nor judges arrive at, because many times, especially in countries like Mexico, they are conditioned to these groups of power.
The members of this club of powerful people often manage to escape formal justice, or when it arrives, it arrives too late. But they cannot escape from independent, persevering, precise journalism. They want to be untouchable and for a free journalist, a free media, there are no untouchables.

Without truth and accountability, there is no democracy or equity. Not only are journalists at serious risk by exercising our duty and right to inform, but the right of every citizen to have true and timely information to make free decisions.

Read more: 'Europe is also responsible for the crisis in Mexico': Anabel Hernández

If those united groups are stronger, so are independent journalists. We must create rules for working together; set a framework of common interests, versatile platforms for disseminating information; work on producing risk maps around the world to focus efforts. No one here wants to live in fear, but living in silence is not living either.

Mexico is considered by all international organizations as the most dangerous country in the world to practice journalism. Ninety-nine percent of the murders and attacks on journalists go unpunished to this day.

This prize is not for me, who can be here today, it is for the more than 125 journalists who have been murdered and for all those who day by day continue to do their work with ethics and endurance. They want us dead, they want us silenced but we are still standing and we make our voices heard.

Who holds the power in politics and society? That is one of the questions to be discussed in depth by international participants at DW's Global Media Forum. (26.05.2019)