The truth about food

Are cow's milk and wheat unhealthy? Complete nonsense, says nutritionist Martijn Katan. He unmasked to DW the biggest myths and false claims about our food. 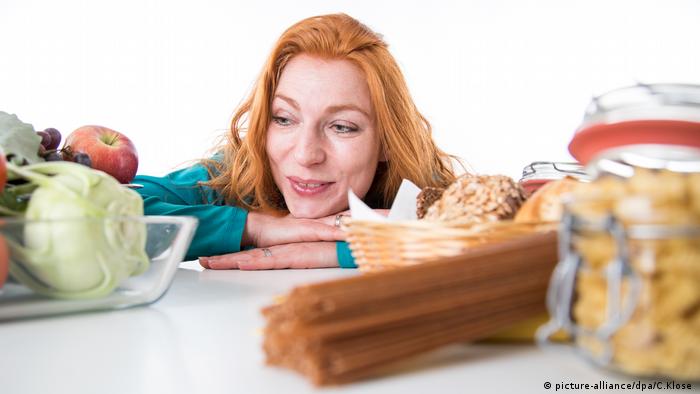 People who don't feel well, usually blame it on food, says Martijn Katan. "We all eat at least three times a day. Anyone who doesn't feel so good can always say, "This must be because of something I've eaten." Conversely, there are hundreds of theories about which type of diet is the best and protects against diseases and allergies.

Nutritionist Martijn Katan has taken a close look at the circulating horror stories and hype about food, from superfoods, to the best diets, to the supposedly biggest dangers on supermarket shelves.

Organic agriculture, for example, is very good for soil health. But unfortunately, organic products are no healthier than food produced by conventional agriculture. The amount of pesticides in food is generally so tiny that it does not matter. Organic vegetables contain less nitrate than non-organic vegetables, but it is not yet clear whether this is an advantage.

It used to be thought that nitrate in the body would react to nitrite and nitrosamines and was therefore carcinogenic. Today we know that this is not true. It may be that nitrate even lowers blood pressure, which would not be so bad.

Nevertheless, there are enough reasons to support organic farming. For example, organic farmers use less antibiotics in animal husbandry than conventional farmers. The overuse of antibiotics can lead to the development of resistant bacteria, which can be dangerous for all of us.

Myth 2: Raw food is healthiest because nutrients are lost during cooking.

Vegetables do not contain high levels of many nutrients. However, they do contain a lot of vitamin C and folic acid. The vitamin C content is reduced during cooking, but that doesn't matter: Vitamin C deficiency is no longer an issue in our society.

Cooking vegetables, on the other hand, has advantages. Cooked vegetables are more compact, so you can eat more of them. And during cooking, any germs are destroyed, for example E.coli O157 bacteria, which are currently causing problems with raw vegetables and salads in the US. 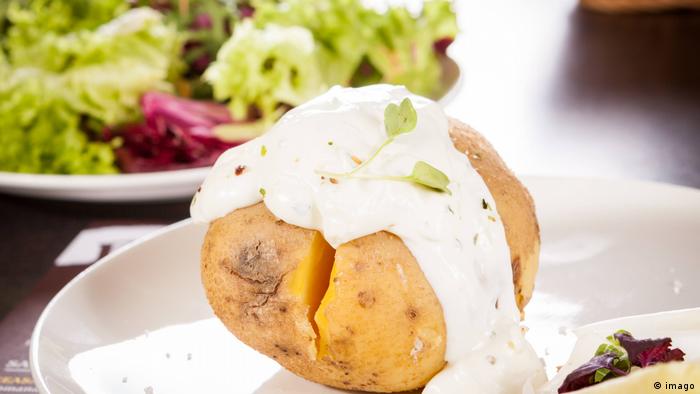 Tuck in! Dairy and carbohydrates are not bad for you.

Milk fat is not really healthy. It increases cholesterol in the blood and the risk of cardiovascular disease. It is better to eat milk and dairy products with reduced fat content. They do not contain anything bad, but do contain a lot of good things: Vitamin B12, iodine, potassium, zinc, and some B vitamins. Milk is also a good source of protein for vegetarians.

One to two percent of young children are allergic to milk protein, but this usually goes away by itself as they grow up. And yes, lactose is sometimes not tolerated by people from Africa, Asia and southern Europe, but this is usually only noticeable if they drink large amounts of milk.

However, milk has one disadvantage. It is likely, to a small degree, to promote the development of prostate cancer in men. However, there is even stronger evidence that milk inhibits bowel cancer.

Myth 4: If you want to lose weight, you shouldn't eat carbohydrates. They increase blood sugar levels and cause the release of insulin, which inhibits fat burning.

Every diet works, whether you eat fewer carbohydrates, less fat or simply less food whose names begin with the letters A to L. With a diet, you eat less because you are not spontaneously allowed to eat what you want, and anything that interrupts our routine, lowers our normal calorie intake.

Over three billion years of life, humans have become specialized in not losing calories. Whatever enters the mouth is either used and burned by muscles, or stored.

Nothing is discarded, whether it is a carbohydrate, protein or fat. It's like a savings account: It makes no difference at which bank I deposit money, it only depends on how much. Everything ends up in my savings account, or in my stomach.

Vitamins - how important are they for us?

Vitamins - how important are they for us?

Myth 5: In general, wheat should be avoided as it is unhealthy.

There are people who cannot tolerate gluten and become very ill from wheat protein. This is called celiac disease, a serious disease that affects about one to five people in every 1,000. But most people have no problem processing wheat.

Nevertheless, the idea has spread that wheat is responsible for many of our health problems. Of course, we all have health problems. We are in pain, tired, flaccid, depressed. Millions of women suffer from irritable bowel syndrome, a condition that is very susceptible to placebo effects.

Wheat then quickly becomes the supposed culprit. But there is almost no evidence to show that there is anything in wheat that would make a large number of people sick.

Myth 6: Vitamin C prevents colds. Better to swallow too much than too little.

This theory was developed in the US 50 years ago, but has been shown to be untrue. Later there was a theory that it was not sugar but artificial dyes that trigger ADHD. There is no strong evidence to support this theory. It could be that a small number of children become hyperactive, but most children are simply being children: They are very active, and in our society, there is less and less room for this. If children live on a farm, they can be as hyperactive as they want, and that doesn't do any harm.

And what, then, do we really have to watch out for?

The real dangers are smoking, alcohol and obesity. As far as food in industrial nations like Germany is concerned, the biggest problem is that there is too much. And obesity causes many diseases, including cancer.

Martijn Katan is Emeritus Professor of Nutritional Sciences at the Free University (Vrije Universiteit) in Amsterdam, The Netherlands. He writes a column for the Dutch daily NRC Handelsblad and is the author of the book, "Why bread does not harm us and microwaves do not destroy vitamins."