The SPD seeks to reinvent itself

This weekend's party conference is to be the official launch of the election campaign and put wind into the SPD's sails. Olaf Scholz is set to be confirmed as the candidate for chancellor. But will the party back him? 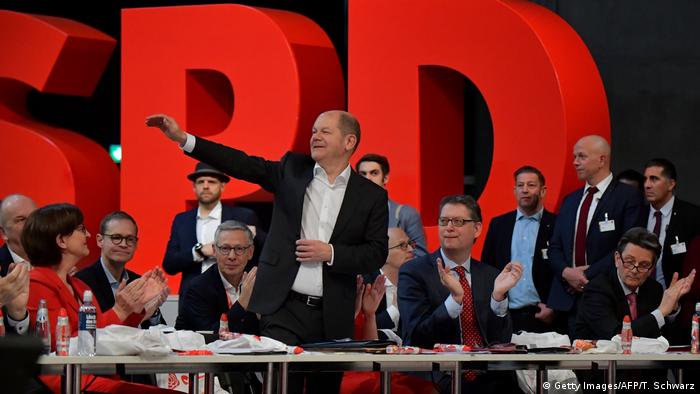 For weeks now, leading Social Democrats have taken left-wing positions on foreign policy and defense issues. They said they wanted to reduce arms spending and payments to NATO, spoke out against the use of armed drones by the Bundeswehr, and demanded that US nuclear weapons located in the west of the country be removed.

None of these demands came from Olaf Scholz, the man who is supposed to lead the party into September's general election, who has been silent. Instead, the 62-year-old, who has served as federal finance minister and vice-chancellor in the coalition with the CDU/CSU since 2018, focuses on what he considers most important: the pandemic and appearing statesman-like. "I am determined to become the next chancellor," he says. "Most citizens know who I am and that I can lead the country. That will boost the Social Democrat cause."

Will faith in Scholz really give a boost to the Social Democrats? Judging by the polls it doesn't look good for the SPD in September's federal election. Their current approval rating fluctuates between 14 and 16 percent. That would put them in third place behind the Greens and CDU. But Olaf Scholz is still confident in victory. "There are majorities without the CDU. It is possible to govern Germany without the CDU/CSU," he says undeterred.

It's all about the candidate

Olaf Scholz was nominated as the SPD's top candidate back in August 2020. But he still has to be officially nominated at a party conference, which had to be moved back because of the pandemic. On May 9, six hundred-thirty-four delegates will get the chance to vote on Scholz's candidacy, decide on the SPD's election program, and debate "the lessons of the corona crisis." For the first time, the party conference will take place digitally and instead of two days, it is scheduled to last just three-and-a-half hours — if everything runs smoothly and without controversial debates.

The conference is supposed to be the official launch of the election campaign and put wind into the SPD's sails. But will it work? Germany's Social Democrats have summed up their plans in a 48-page document, putting a target to achieve a carbon-neutral economy by 2050 at the center, in a bid to win back support from the ecologist Greens. Other priorities include expanding social security to replace the current basic social security for the low-income earners and unemployed with a less restrictive and more generous system. 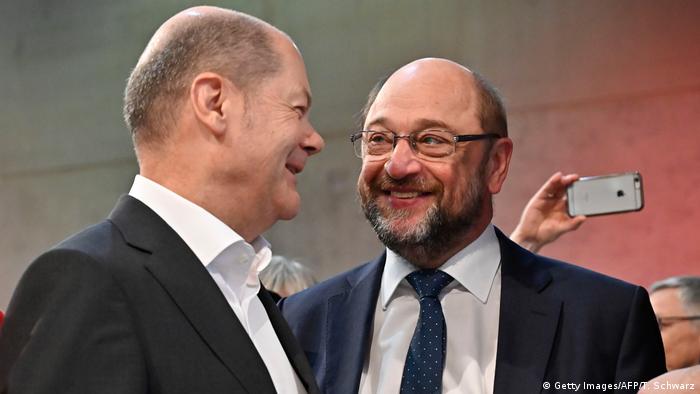 The vote on the chancellor candidate will say a great deal about how firmly the SPD is behind Olaf Scholz, a politician who in the many decades of his political career never managed to win the heart of his party.

Scholz made his career as Hamburg's interior minister and mayor, and then as federal labor minister and finance minister, but he always received poor results in votes for party positions. He was considered a friend of big business within the SPD and would make pithy remarks like: "if you ask for strong leadership, you'll get it."

He has always been too restrained, controlled, and uptight — and never left-leaning enough — to really win the hearts of the SPD rank and file. In 2019 Scholz wanted to become head of the party but lost in a membership vote to two political outsiders: Saskia Esken and Norbert Walter-Borjans — comrades with a decidedly left-wing profile who made promises to reposition the SPD. 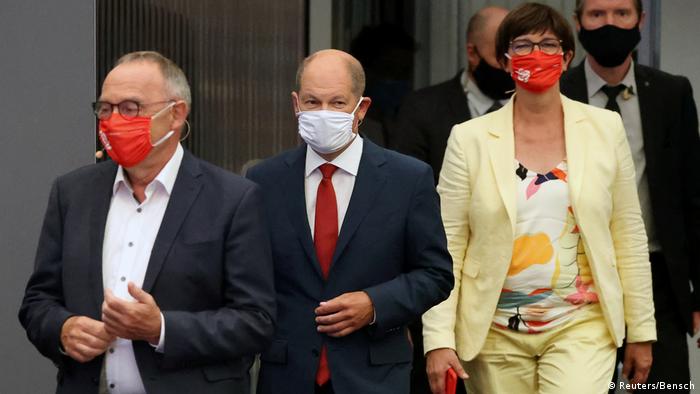 That is why it came across as a major reversal when Esken and Walter-Borjans introduced Scholz as the chancellor candidate in August 2020. They likely did so because they realized neither of them would stand a chance with voters when it came to the chancellorship. "We have actually been cooperating closely since they've been heading the party, and have built a very strong level of trust," Scholz explained.

He said he had been sure that the two would propose him as the candidate for chancellor, he said, full of self-confidence that illustrates how Scholz sees himself as the focus of events, even in the election campaign.

This attitude has displeased many in the SPD. "Olaf alone" won't be enough was the chorus of the party's left. They argue the focus should be on issues, rather than people, insisting that the election program and its diverse political demands should be at the center of the debate.

Moving to the left

Discontent is seething below the surface of the SPD, even if the party is doing its best to convey an image of unity to the outside world. Since Esken and Walter-Borjans have been at the helm of the Social Democrats,  hardly any internal quarrels have been made public. That is unusual for a party that for years failed to calm and bring together its political wings.

But it is now clear that this peace is only superficial. The strengthened left wing of the party now wants to see a refocus. The Social Democrats want to see a change of course and have their eyes on new political goals. But many feel that Scholz with his many years in government under Angela Merkel, seems to stand for "more of the same" rather than a "new beginning."

So SPD leaders are considering naming a diverse team to support Scholz in his campaign, comrades with different areas of expertise and personalities. This, they hope, will help make up for Scholz's notorious lack of charisma.

But that is exactly what he will need to do at the SPD party conference in order to win good election results as chancellor. The comrades expect a rousing speech, to be riled up for the upcoming election campaign and a launch of the party. If Scholz wants wind in his sails, he has to make it clear to the SPD that he is worth fighting for.

Germany's Social Democrats are one of the world's oldest democratic parties. It has had a tumultuous history.