A novel pilot project in Berlin has seen performing arts venues staging live events. How has the trial fared in the midst of Germany's third COVID wave? 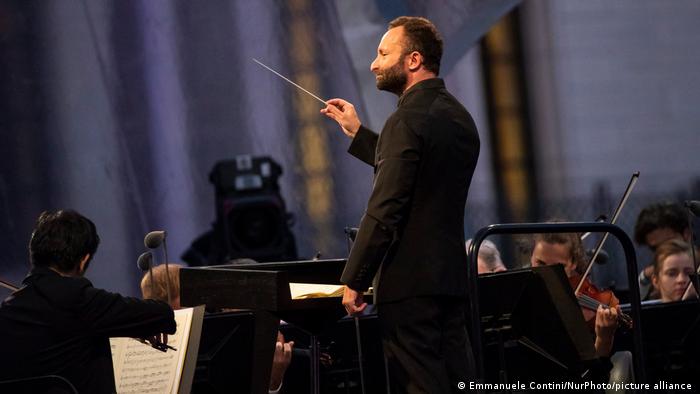 When the Berlin Philharmonic Orchestra was finally allowed to play live for the first time in more than a year on March 20, the joy was palpable — not just for chief conductor Kirill Petrenko and his orchestra, but also for the 1,000-strong audience who heartily applauded them.

It finally felt like a step towards the normality that many have been craving after a lengthy lockdown. Horn player Sarah Willis tweeted her glee to the world.

But how did this concert even get a green light in the midst of a third wave of COVID, worsened by the British variant that has been accelerating infection rates in Germany?

This bold measure is part of a pilot experiment to stage live shows while strictly adhering to COVID safety measures. Backed by Berlin's Culture Senator Klaus Lederer, the project involves nine events, held at seven different venues — including theaters, opera houses, concert halls and even a club — from March 19 to April 4.

The goal is to establish a strategy to enable the city's concert and theater halls to open on a regular basis. Tests are conducted at the entrance, and only ticket holders with negative test results and valid IDs are allowed in.

Breaking free of the lockdown loop

Since the pandemic began, cultural institutions have found themselves caught in an on-again/off-again loop based on COVID incidence rates. In summer 2020, the situation looked promising. In November, venues were shut again.

Then, in early March 2021, museums, zoos and shops were allowed to reopen under certain conditions. On March 22, due to the alarming increase in new COVID infections, the government ordered an Easter lockdown only to backtrack a day later following widespread criticism.

Mass vaccination is the ideal solution, but currently Germany has insufficient stocks. Thus, testing is the most viable option. Besides the Philharmonic Orchestra, the Volksbühne and the Deutsche Oper were also part of the Berlin pilot project.

The Berliner Ensemble started the ball rolling. Three hundred and fifty visitors were admitted after the tickets were sold out in no time — just like at all the other eight live events. 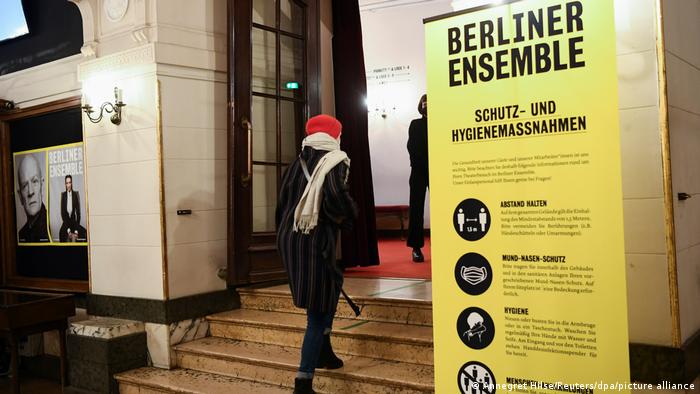 Restaurants and hotels next?

Berlin Governing Mayor Michael Müller said at a press conference that he has been asked why model projects like these are being permitted at a time when he may impose more lockdown restrictions due to rising COVID cases. The answer is simple: it is an attempt to test how things can finally move forward again.

And based on its outcomes, similar scenarios could be applied to other hard-hit sectors like gastronomy and the hotel industry.

Press spokesperson Daniel Bartsch said that if performances are canceled because of new government restrictions, they will still take place. "It's really just a postponement," he said. 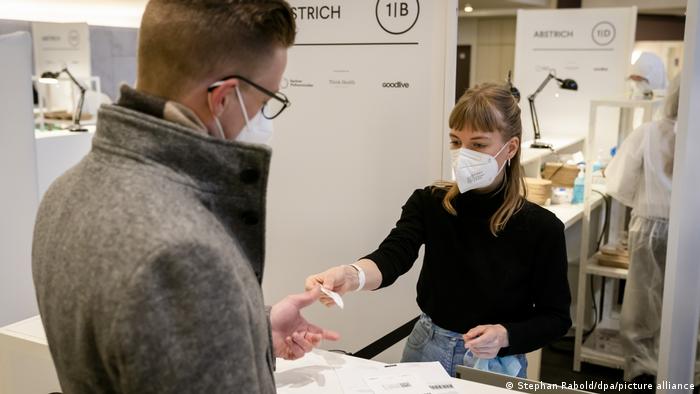 Test center for visitors at the Berlin Philharmonic Orchestra

A project to emulate?

The Berlin State Opera was already poised to postpone a performance of Mozart's "The Marriage of Figaro" planned for Easter, but then the government backtracked on the harsher Easter lockdown.

"We don't have much choice," State Opera spokesperson Victoria Dietrich said of the constant policy shifts.

The Berlin Philharmonic Orchestra is nevertheless happy with the successful March 20 concert. In April, when the pilot project ends, the experiment will be evaluated together with medical experts and hygienists, says Zietzschmann. "We need a healthy balance of safety and making things happen for the public."

Whether the closely watched Berlin project can continue, or even become a nationwide standard, remains to be seen.

Dutch researchers test ways to party during the pandemic

Silence has reigned in concert venues and clubs for the past year, but they could soon start to fill back up. The Dutch events sector has teamed up with researchers to make large gatherings safe despite the coronavirus.