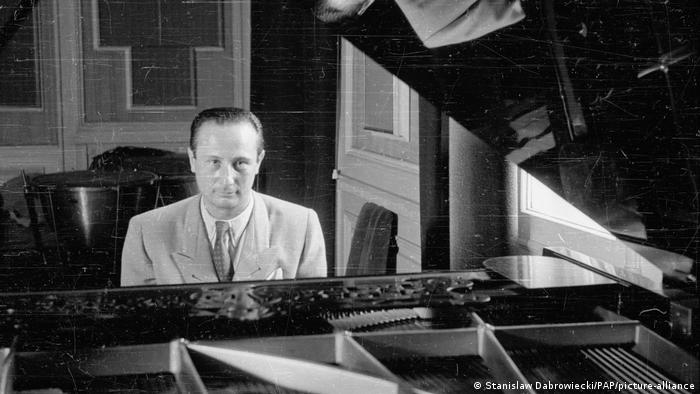 Władysław Szpilman's story is rare among Polish Jews who were marched into the Warsaw Ghetto. While his entire family were murdered at the Treblinka death camp, his life was spared before he went underground in the Polish capital until the war ended. The composer's unlikely Holocaust survival was chronicled in his autobiography, a story that was later immortalized in the film, The Pianist (2002). He lived until the age of 88, dying in 2000.

Saved from the death camps

It was Szpilman's son Andrzej who in 1998 published a new edition of his father's memoir that was originally titled The Death of a City, and was translated into English as The Pianist. Andrzej Szpilman is also overseeing the auction of his father's prized possessions at DESA Unicum, the largest and oldest auction house in Poland. 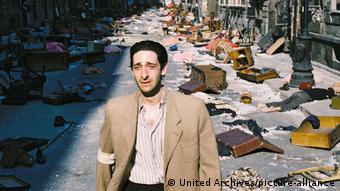 "This watch and pen that he bought on a trip to Paris in 1937 survived his whole stay in the Jewish ghetto, then kept him company in the ruins of Warsaw," said Andrzej Szpilman, whose brother Krzysztof is co-organizing the auction.

The black Montblanc Meisterstuck pen, the pocket watch and a tie held in the POLIN Museum of the History of Polish Jews, were the only possessions of Szpilman's to have survived the war.

Having studied in Warsaw and Berlin, the composer himself survived thanks to his reputation for playing piano concerts, including for Polish Radio. 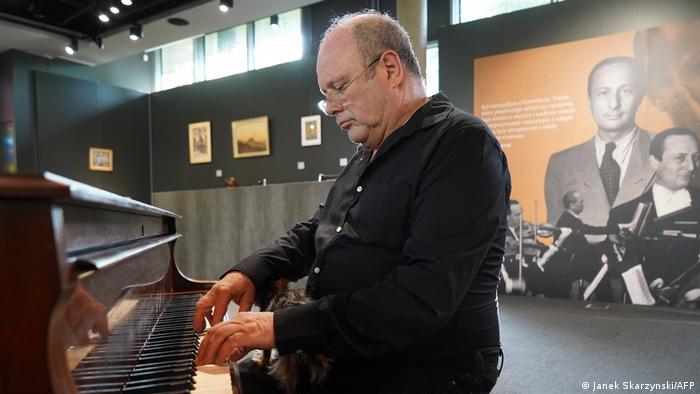 Andrzej Szpilman, the son of Wladyslaw Szpilman, plays a Steinway grand piano owned by his father

After he and his family were forced into the Warsaw Ghetto, and Szpilman continued to play piano at cafes, his clan were about to be transported to Treblinka in 1942 when a Jewish police officer recognized and rescued him. He escaped the ghetto the following year before it was destroyed by the Nazis.

Szpilman survived the rest of the war in hideouts and finally lived alone in an abandoned apartment.

During this time, the composer's watch, which will also be sold in Warsaw, played a special role in his isolated life. The black Montblanc Meisterstuck pen, a 1934 Omega pocket watch and the original musical score titled "The life of machines," were possessions of the Jewish-Polish composer Wladyslaw Szpilman

"The watch, an Omega, held special significance for my father," Andrzej Szpilman told AFP. "My father wrote that he would wind it up to know what time it was, because he lived in total solitude and had lost all sense of time. The watch helped him put up with the passing time," he added.

The same watch appears in Szpilman's autobiography when a German officer discovers him in his hideout and asks him to play the piano. After he plays Chopin, the officer helps him survive by bringing him food.

"To thank him, near the end, my father wanted to offer him the watch as a token of his gratitude. The German took offence and refused," Andrzej Szpilman said. 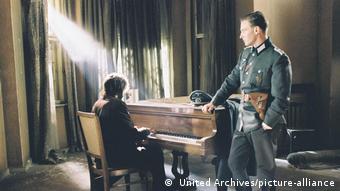 The scene from "The Piano" in which Szpilman recites Chopin

Andrzej and Krzysztof Szpilman donated many of the 50-odd items of memorabilia to the auction titled "Władysław Szpilman. Composer's cabinet." It will take place at 7pm CET on September 22.

Also going under the hammer is the circa 1940 Steinway piano on which Szpilman composed some of hundreds of pieces of music before his death. It is expected to fetch up to 60,000 euro ($70,500).