He's reached the summit — and is not yet 30. The much-lauded piano virtuoso told DW how he's weathered the coronavirus crisis — and what's in store for Trifonov fans in the near future. 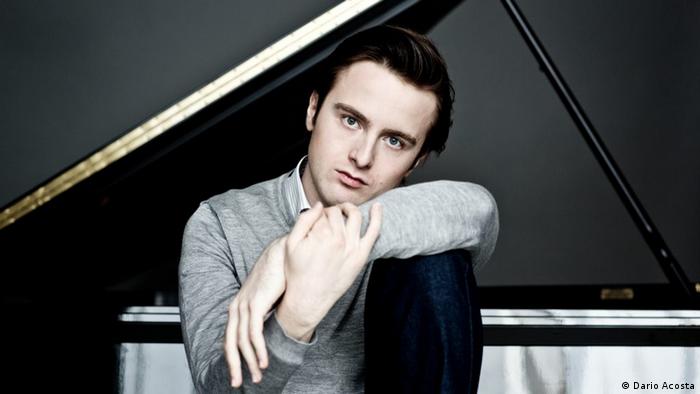 Hailed as one of the great pianists of the still-young 21st century, Daniil Trifonov has been making waves ever since, at age 20, he crowned a string of music competition victories with top honors at the Tchaikovsky Competition in Moscow in 2011.

Born in 1991 in the Russian city of Nizhny Novgorod, Trifonov studied first in Moscow, later at the Cleveland Institute of Music in the US, and is currently based in New York.

The Grammy Award winner and Gramophone's Artist of the Year in 2016 is known for his impeccable technique and passion with Romantic music, but Trifonov has also increasingly branched out, giving recitals of music by Johann Sebastian Bach, and recently at the Salzburg Festival, a broad cross section of 20th century music. It was there that he had a chat with DW's Rick Fulker.

DW: I read that part of the idea at your Salzburg recital was to show how composition developed down through the 20th century, from the 1900s to 80s. How did these pieces by composers from Berg to Corigliano, Bartók and Messiaen end up on the program?

Daniil Trifonov: I went through a selection process. Each piece seemed to bring most new ideas to a musical idiom from a particular decade, while contrasting to the previous one, since the collection also has to work as a cycle. 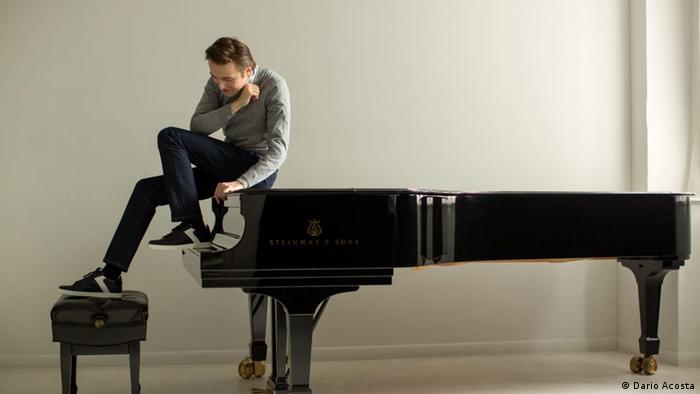 Listening to this cross-section of 20th century piano music, we hear a great diversity. But what do the pieces have in common? Or will we have to wait 150 or even 300 years to be able to see it all from a distance?

Each decade had a very radically different, revolutionary sound, so if anything ties all these styles together, it's their diversity.

Where were you when the coronavirus shutdown began?

On that day in March, I was supposed to play a concert in Kansas City, a recital with The Art of Fugue by Bach, but at around 11:00 a.m. I got a call: Everything in the whole state was cancelled. I was already on my way to the concert hall but had to return to New York. I went to the Dominican Republic for two months, then stayed in a house outside New York and returned to New York City last month.

How did you spend those five months?

In terms of music, I grew really fond of the repertoire I used to play a long time ago, music that I used to play as a teenager: sonatas by Bartók and mazurkas by Chopin. I also learned new pieces for this season like Beethoven's Third Piano Concerto, Brahms' First Piano Concerto and recital pieces by Brahms, Debussy, Weber and Mussorgsky.

Did you spend that time artistically alone?

There were some summer festivals in Europe and the United States, so I played The Art of Fugue by Bach and Pictures at an Exhibition by Mussorgsky at the festivals in Tanglewood and Aspen, in the US. I recorded the Fourth Violin Sonata by Brahms with Joshua Bell at the Verbier Festival in Belgium and presented some previously unrecorded works of Shostakovich at the Shostakovich Festival in Germany.

During the pandemic artists have said that they miss the presence of people in a concert setting. Does it matter to you who is there when you're on stage? Do you feel a difference?

Of course. Even when I do a CD recording, I try to have an audience on one of the days so that it feels like a concert. But I've noticed that after a long abstinence, it definitely takes some adjustment to start playing for an audience again. We really realize what a blessing it is to tour and play concerts regularly. In that sense, we are something like puppets. Regularity of performance is very beneficial to all of us. 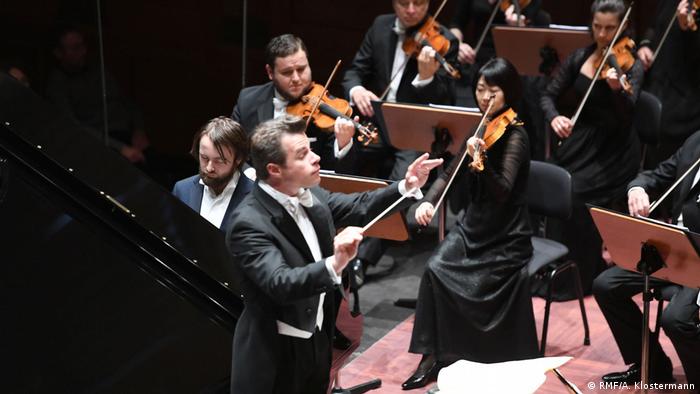 What were the vibes at your recital in Salzburg?

I could really feel that the people there, both audiences and performers, came there because they really wanted to, especially in these difficult times. I came all the way from the United States, which wasn't easy.

Sometimes, when I listen to you playing, I hear forces of nature, colors, even voices in the music. Do such non-musical things go through your mind during performance? Can you put them into words, or would words just get in the way?

It's general emotional states. Sometimes a story can pop into mind completely spontaneously and not predefined. But there can also be external sources of inspiration. Once — I think it was in Dortmund — I played Liszt's sonata. Having gone to an exhibition of paintings by Greco in the morning, I found that a certain world of Greco's imagery was accompanying me when I played the Liszt sonata.

You have talked about mental practicing, that is, practicing without a keyboard, and that an idea might occur to you that is later part of the performance. Do you actually map out this dramaturgy?

Sometimes, yes. Usually I want to take my interpretation in a certain general direction, but then there can also be spur-of-the-moment decisions. One wants to have alternatives, particularly in performances with an orchestra. It would be quite tiring, or less interesting, to always play a piece in the same manner. The more often I play a work of music, the more variety I try to bring to it.

Are you ever without music?

Yes, of course, I can sometimes go five or seven days without practicing. It's like a long vacation. But I practice most other days. 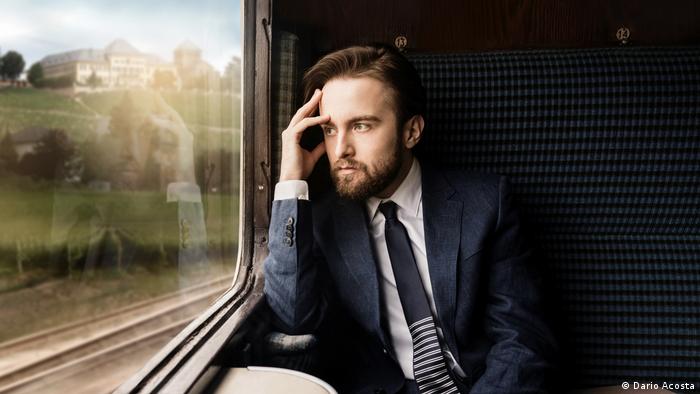 Trifonov has a strong predilection for Romantic music, including Rachmaninov

What is in the pipeline?

The coronavirus interfered with some recording projects as well. In June, I was supposed to record some of my favorite pieces of Scriabin and a piece for piano and orchestra by Stravinsky. That was impossible to realize, but I'm quite happy that we've managed to comprise an album with music by Scriabin, Stravinsky and Prokofiev for release in November.

I understand that Scriabin is a very special composer to you.

He was my favorite composer when I was growing up. It was because of his music that I took the piano seriously.

That strikes me as very unusual, because in many ways, Scriabin is such a very singular composer.

He had an incredible evolution of style. What strikes me most though is the sincerity of expression. His music flows so naturally and organically. You can tell that he's not trying to compose, but that the music just flows out of him instead, like poetry. I surprisingly feel the same way about Mozart. He's stylistically very different of course, but both have this extremely organic musical stream of consciousness.

Scriabin was synesthetic: He could see tones and hear colors. And he had a grand vision of an artwork of the future that would engage all the senses, including touch and smell. And that, in the early 1900s! Is he something of a tragic figure because he had such an extreme vision that was maybe beyond reach? Or did he achieve everything that he wanted to?

He probably had doubts about the possibility of his ideas ever being fully realized. But I think the point of his music is very often the beauty of the idea itself, not necessarily how realistic it is. If we only looked for ideas that are actually achievable, ideas would be rather boring, because many things we dream of are unachievable. That's the vision of his music: complete abandonment and no care for whether it would work a hundred percent or not. Scriabin is about the concept of being — and seeing beyond.

He had this messianic view of changing humanity too.

That has to do with the time he was living in. In Russian history, it's called the Silver Age, concerning artforms — poetry, paintings and music — but also philosophy. It was a very diversified time for the arts: symbolism, impressionism — and at the center of it all, creative artists — and dozens of different directions of philosophy.

But Scriabin had a certain, very specific one!

Yes, Scriabin was, in a way, a philosopher.

In the 1970s, the Estonian developed a totally unique style that earned Soviet censorship but made Pärt one of the most performed living classical composers in the world today.